Sporting some interesting technical features, the well-built and keenly-priced HD10 ought to be the headphone to bring Panasonic back to audiophile attention.

Ought to…Review & Lab: Keith HowardI may be wrong about this, and it’s pure supposition, but I suspect that Japanese manufacturers no longer enjoy as healthy a share of the UK headphone market as once they did, led from the front by Sony.

Perhaps among average buyers of audio products the familiar Japanese names still have kudos, despite the rise of brands like Skullcandy, but in the audiophile arena they’ve been eclipsed – in terms of column-inches at least – by newcomers such as Audeze and Oppo and those speaker manufacturers who’ve added headphones to their inventory to cut a slice of the action. 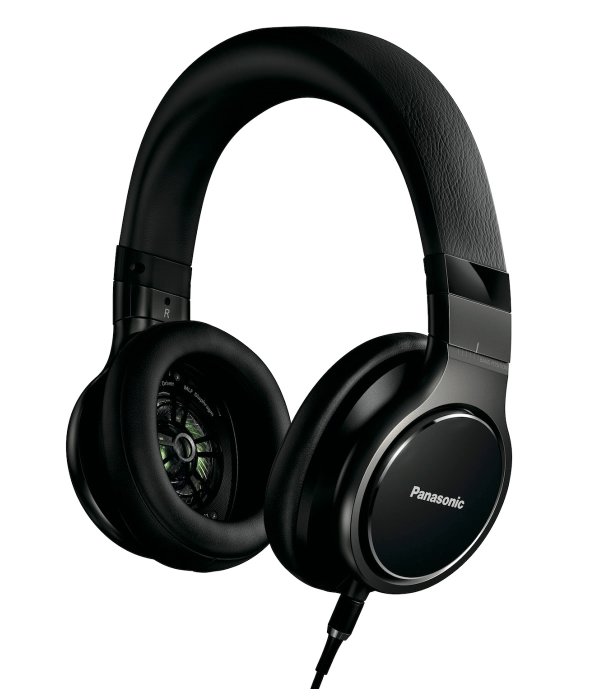 As someone who has great respect for the wonders of the Japanese audio market – many of which are hidden from Occidental eyes – I find this a shame.

The world and his wife make headphones these days and that alone makes it hard to separate the wheat from the chaff.

It would be naive to suggest that the established manufacturers with decades of experience designing and manufacturing headphones never make duff products – they do – but increasingly I find that experience is being undervalued in a headlong rush for the novel.

Perhaps a headphone like the Panasonic HD10 has the wrong brand name for it to be ‘cool’ to be seen wearing – perhaps it’s even priced too low to be considered truly audiophile.

But I disdain blind fashion-following and I’ve never confused the value of a product with its price.

In fact I’d rather spend an evening listening to the HD10 than to many of the more high-profile, expensive headphones to have passed my way in recent months and years.

Which is not to say, as we’ll see, that the HD10 is some audiophile paragon. It isn’t.

When it arrived I knew nothing about the HD10, least of all its price.

Lifting it from its box and enjoying the rustle of its diaphragms (unusually, they are not obscured by foam or fabric, something I can imagine becoming a trend), I supposed it might cost anything.

It is solidly built, albeit mostly of plastics rather than metal, and incorporates a constructional novelty which Panasonic calls HS (Horizontal Slide) Adjustment.

In addition to the capsules rotating in the usual way – in one direction all the way to flat to facilitate carriage in the drawstring soft pouch provided – they also slide backwards and forwards where they join to the headband.

The total range of adjustment available is only 1cm and, frankly, I was unconvinced that herein lay a significant improvement to headphone comfort.

But, having tried it, I happily concede that I was wrong. For me, sliding the capsules fully forward did indeed make the HD10 distinctly more comfortable to wear.

Not that this headphone is uncomfortable to begin with.

It is of modest mass, has soft just-circumaural earpads, a generously padded underside to the headband and, unlike some designs, does not embrace your head in a vice-like grip to ensure adequate sealing around the ears.

In significant part this is facilitated by subtle shaping of the HD10’s earpads so that they are of increased thickness below and behind the ear, where sealing to the jawline poses a particular challenge to headphone designers.

The 50mm drive units – slightly angled in their housings – are readily visible and curiously eye-catching because of the colors that play over their surfaces.

Panasonic’s literature talks of the diaphragm being metal-lustred, which might seem to suggest that a thin metal coating has been applied.

But when I asked Panasonic for more details I was told that the lustre comes from the ‘hundreds of layers’ of a ‘Multi Layer Film’ polymer, ie, it is the result of interference colors (aka structural colors) like those of an oil film or butterfly wing.

It would have been a missed opportunity not to show it off!

This new material, Panasonic claims, allows the diaphragm to reproduce frequencies up to 50 kHz – although, as we’ve pointed out before, conventional headphones are unable to convey ultrasonic frequencies to the cochlea since, evidence suggests, the pathway for frequencies above 20kHz is, surprisingly, via the eyes not the ears.A second notable feature of the driver construction is not so readily appreciated as it’s out of sight behind the diaphragm.

The ribs that support the magnet housing and provide for venting of the rear-directed radiation into the closed internal volume of the capsule are unevenly spaced so as to disrupt certain structural resonances through the lack of radial symmetry.

This and the use of a PLA (polylactic acid) polymer are said to suppress unwanted vibration.

Two connecting cables are supplied, which plug into a mini-jack socket in the underside of the left capsule. One, for when listening from a domestic hi-fi system, is 3m in length and has a straight mini-jack plug at the far end; the second, for use with portable music sources, is 1.2m long and has a 90° mini-jack plug.

A gold-plated sleeve adapter is supplied to convert the mini-jack termination into a full-size jack plug.

No aircraft adapter is provided and the shorter lead does not incorporate an in-line remote control.

A second-generation Mac mini running Windows XP and JRiver Media Center v19 delivered the music.Having professed to like aspects of the HD10, I have now to admit that it’s a bit of an oddity.

As regular readers will know, two things I can’t abide in headphones are excess bass or a wilted presence band output.

And modern headphone sometimes have both. As the diffuse-field corrected frequency response shows, the HD10 doesn’t have the former but does possess the latter.

Moreover it has a big hole in its midrange centred on 400-500Hz, reminiscent of the oBravo HAMT-1. So why don’t I find it so coloured as the oBravo?

That’s something of a puzzle. The oBravo’s response was even more switchback, with higher peaks and deeper dips, and they occurred at somewhat different frequencies – so that must be part of it.

Still, I’m surprised that, on the right music, the HD10 doesn’t sound altogether as bad as its DF-corrected response would indicate.

There’s something distinctly odd about its tonal balance, no question, but it’s not an unqualified disaster to listen to.

And despite its foibles, I prefer it in some respects to the tonally and musically duller offerings that too often cross my path.

If you come to it immediately after listening to the same track via a more neutrally balanced headphone, the first things you notice are a decidedly clangy piano sound, missing a chunk of its middle register, and a coloration of what I assume to be tape hiss. Norah Jones’ wonderful voice, surprisingly, escapes such obvious manipulation.

Perform the comparison in the opposite order, of course, and the neutrally balanced headphone can seem somewhat thickened as the missing slice of midrange is restored to its proper place.

This, I suspect, is why Panasonic has balanced the HD10 this way, to give it a heightened – albeit inaccurate – sense of upper-midrange detail.

Whatever the truth of that, the recasting of this track’s tonal balance, while obvious, at least didn’t have the enervating effect of excess bass plus weakened presence band.

It was still possible to appreciate, even enjoy, the simple power of Jones’s performance.

It was a similar story for the piano in Daft Punk’s ballad ‘Within’ [Random Access Memories, 88.2kHz/24-bit download]. It became overly percussive and was denuded of warmth, the latter applying to the whole track, robbing it of some of its seductive ebb and flow.

This time the (vocodered) voice was more obviously affected.But, although it sounded somewhat detached, the bass was powerful, well extended and clean and, once again, the track overall was still – despite tonal recasting that would send many people screaming from the room were this a loudspeaker – musically engaging and even (given some time to adapt to the skewed timbres) enjoyable.

I had profound doubts, though, that the HD10 would survive examination via classical music…

Having recently enjoyed the last half hour of the televised Prom with Sir Mark Elder conducting the National Youth Orchestra in a moving performance of Mahler’s Ninth Symphony, I thought it an ideal opportunity to see if the passage of years has tuned me in, at last, to Mahler’s music.

Iván Fischer’s performance with the Budapest Festival Orchestra has been well received, so I set about acquiring a high-res version of the recording. Channel Classics offers a DSD or 192kHz/24-bit download, both of these stereo only – so I bought the SACD [CCS SA 36115] and ripped from it both the stereo and multichannel layers. What would the HD10 make of the famous final Adagio, claimed by Leonard Bernstein to represent ‘death itself’?

Well, I was absolutely right to suppose that the HD10 would be hopeless on this sort of programme. Indeed, it was probably never designed with such challenges in mind. The opening string theme arrived like an emanation from a horn gramophone: fundamentally colored and nothing like the sumptuous, expansive sound of fine instruments and a top orchestra.

A quick play, in turn, of Robin Ticciati’s ethereal Adagio from Schumann’s Symphony No 2 [Linn Records 192kHz/24-bit download] and Tchaikovsky’s altogether more muscular Serenade For Strings played by the Scottish Ensemble [Linn Records CKD 472] simply reinforced the point that this is not the HD10’s natural territory.

As a headphone for listening to pop/rock music, the HD10 will probably garner a following among those less concerned with accuracy than effect, given that its out of kilter tonal balance does imbue it with a certain impactfulness, albeit one that’s likely to wear thin on prolonged listening.

As a deliverer of classical music, forget it: the sound is just far too coloured for serious consideration.