Mi line of phones, Chinese manufacturers have grown from strength to strength and are now every bit as desirable as the more established brands like HTC or Sony. Now, with the release of the midrange R7f, Oppo has further cemented the notion that one no longer needs to shell out top dollar for a stylish metal phone with a razor-slim profile. 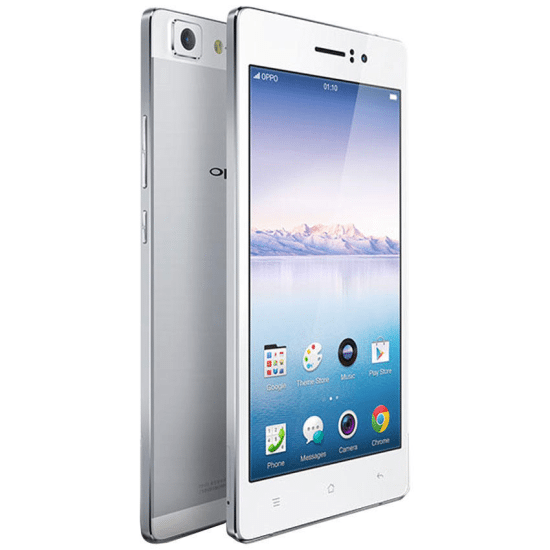 The question is, should you shell out for the R7f?

You may lik also:

Cradling the cold, metal phone in my hands, the R7f immediately screams premium; with its shiny chamfered edges and brushed metal appearance. The consensus seems to be that most people will mistake this to be a high end phone with a corresponding price tag.

Also included is the option of expand-ability, with the 2nd sim tray standing in as an optional microSD card slot. Annoyingly though, since it sits on the SIM tray, you will need the SIM ejector tool every time you wish to swap out/in a microSD card, which can get annoying if you happen to do a lot of swapping. Still, Oppo deserves some major props for including this feature as almost all-metal phones completely eschew the option of expand-ability, forcing consumers to opt for the higher storage model.

Unfortunately, the R7f also suffers from the same propensity for slippage that most phones with all-metal designs seem to share. It’s something to keep in mind when reaching to pick up the device.

Despite the R7f being positioned as a mid-range offering, the 5-inch display is nothing short of amazing. Its AMOLED Full HD display punched out vivid colors and excellent contrast, with wide viewing angles and great brightness levels. Text and images appeared crisp, helping you get lost in the image. Needless to say, I truly enjoyed the display on the R7f. Oppo is basically schooling everyone on how a mid-range phone’s display should be.

Oppo’s gesture feature also allows some nifty tricks that can be activated within the settings. For instance, a double tap can help wake the screen, letting you see your notifications. Drawing a circle on the screen can also immediately launch the camera app, which proved very convenient for quick picture taking.

Interestingly enough, the glass slightly tapers towards the edges of the screen, providing a pretty pleasant feel when swiping in from the sides, though not quite as rounded as what you would find on an iPhone 6s.

Running a custom Android skin called ColorOS, the R7f offers buttery smooth operation. Whether it’s navigating the OS or browsing the web, the phone never skipped a beat. Games ran fluidly as well, with no noticeable dropped frames even in newer games.

One thing to note is that the metal body of the R7f did get a little bit warm while gaming, but it’s nothing to be concerned about.

On to the camera, the 13MP shooter on the R7f is actually quite good, with strong details and decent low light performance. Where it falls short however, is in color reproduction. Half of the pictures I took was oversaturated to the point that the picture looked unnatural.

It’s not too bad when dealing with muted colors, but once there’s a bit of color such as a beige wall, the post-processing made it look a vibrant orange, which kind of spoilt the image. I hope Oppo fixes the software in an update, since the actual optics is actually quite good.

For a mid-range device, the R7f is a remarkable device. It is fast, has a solid metal construction and a deeply engaging display. The inclusion of Oppo’s VOOC fast-charging feature is the icing on the cake, fully charging the device in 45 minutes.

The R7f’s camera and the fact that it is only running Android KitKat are the only things holding this phone back from being truly great. Still, for a mid-range phone, there are even fewer ones out there that best the overall package you would get here.

A stylish device with a premium metallic build and competent performance, the R7f is a truly remarkable mid-range phone.