Storage 3GB; 5GB if you prefer a graphical desktop

Licence GPL and others

From outset, the one good thing that’s apparent from the latest release of openSUSE Leap is the return to a more sensible numbering convention. 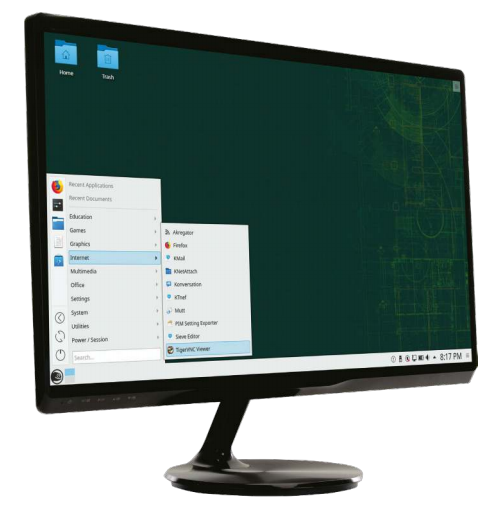 Above Discover is a lightweight and fast graphical software management tool, which is something many distributions have struggled with

Of course, there are those who feel – as did openSUSE at the time – that 42 being the answer to everything was the most sensible choice for numbering their releases. While the 42 series of Leap was based on SUSE Linux Enterprise 12 (SLE) to begin with, the latest distribution marks the first time that Leap and SLE were built in parallel from the start.

The release is a mix of community packages added to a core from SLE 15 sources. The obvious upside to Leap sharing a common base with SLE is that users running the ‘server’ role can migrate to SLE, which entitles them to support and maintenance. Along with the usual 3.5GB DVD image, with this release there are also Live-installable CDs featuring GNOME and the KDE desktop.

Back in the 1990s, it was common for Linux distributions to try to juggle multiple roles. Most of the distributions attempted to please the casual home users, while pitching themselves as suitable for hosting servers. Over the past several years, however, the Linux ecosystem has seen a greater distinction based on specialisation, with distributions focusing on one role only. In contrast to this modern tendency, openSUSE offers users the choice of several ‘roles’ during installation. It refers to the final installed target as a ‘role’, so the choice

of GNOME or KDE desktop are distinct roles, as are ‘server’ and ‘transactional server’.

If you’re ready to install the distribution to disk, click the Installation icon on the desktop to launch the new custom installer. The installer may take some getting used to, as it’s visually different from the popular and more commonplace ones that are used by most Linux distributions.

Where most distributions nowadays use DHCP as the default network configuration, with openSUSE Leap you must manually choose the DHCP option if you don’t want to assign a static IP address. Once you click Edit to configure the networking, apart from the IP address you’ll also have the opportunity to configure the hostname, DNS and so on. If you’re dissatisfied with the default partitioning scheme which doesn’t create a separate /home partition the distribution does provide the option for users to run a Guided Setup, which enables you specify whether to use LVM, or use encryption on the partitions to protect your data.

You can tweak the default Firewall and SSH configuration in the final review of Installation Settings. The screen also lets you choose to install the bootloader to a specific partition and not MBR, which is the default option. Irrespective of the role you choose, the installer downloads almost all of the packages from the internet, but doesn’t inform you of this beforehand. The KDE role, for instance, requires nearly 4GB of packages. Thankfully, the installer provides a constant update on the packages being downloaded and installed, the number of remaining packages, and an ever decreasing (well, hopefully) remaining time.

In addition to a variety of everyday packages ranging from office and internet applications to games, openSUSE Leap also ships with depreciated packages. This is only to assist users in migration and they are unlikely to receive further updates. 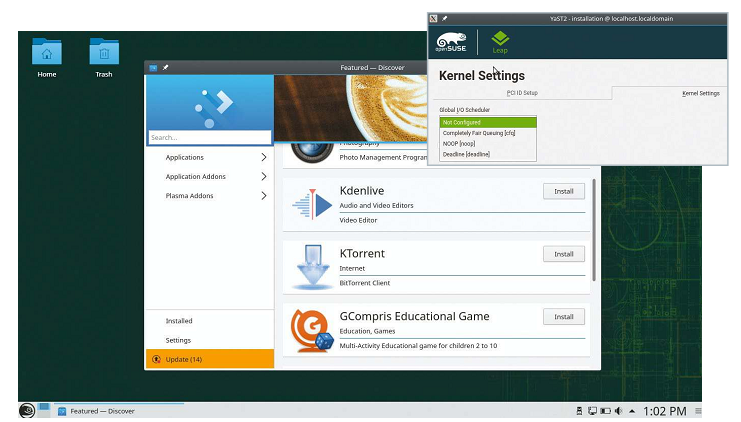 You can run the zipper lifecycle command for a list of all such depreciated packages. As the distribution only ships with free and open source software, it lacks support for various multimedia codecs such as MP3.

The three-year support is another factor that may influence your decision to abandon your current installation in favour of openSUSE: but ultimately, for casual everyday home users, Leap 15 is little more than yet another RPM-based distribution.

The latest release of the community distribution provides a perfect blend of default applications and usability features such as virtualisation support to please all manner of users. Support for three years will appeal to those who dislike the much shorter life-cycle of Fedora et al.

The latest release of the community distribution provides a perfect blend of default applications and usability features such as virtualisation support to please all manner of users. Support for three years will appeal to those who dislike the much shorter life-cycle of Fedora et al.