HP LaserJet Pro M15w Review – It’s not often you see something described as ‘Pro’ when it’s cheaper than most other products of its kind.

The price tag isn’t all that’s surprisingly small about this new mono laser printer from HP. It’s more like a basic inkjet in size, and the absence of extras like a colour screen, scanner or fax facility certainly keep clutter to a minimum.

Despite the name, this is an unashamedly simple product aimed at one job – churning out pages of black text on plain paper. 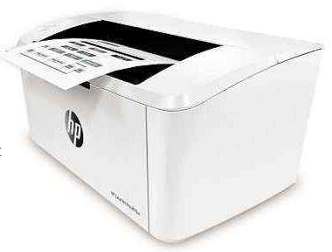 If you choose to use the built-in Wi-Fi interface (a USB-only version, the M15a), setting up the printer isn’t quite so simple, lacking a screen where you can select a network and enter a password. You can do it via Wi-Fi Protected Setup (WPS) if your router supports that, or connect the M15w temporarily to your PC via USB while you run HP’s installer program. We did the latter, but couldn’t print until we installed it a second time.

There isn’t much in the M15w’s options to trip you up. An Advanced tab in the Windows printer driver shows just one option, to reverse the order in which pages are printed. There’s no duplex (double-sided printing), and without colour there’s not much to adjust. Black text appeared at just shy of the quoted 18 pages per minute (ppm), which isn’t fast for a laser printer but impressive if you’re used to an inkjet.

The prints looked fine, despite the relatively low 600dpi resolution. Graphics also looked decent except for some faint banding. As for photos – well, you wouldn’t be printing them on this if you cared how they looked, but some over-zealous automatic sharpening was the only real problem we found. The M15w is very quiet in operation and is rated at 210 watts when active, low for a laser, and 2.2 watts on standby.

Not bad for 75 quid. But the supplied toner cartridge is only rated for 500 pages, and a new one, with twice that capacity. At 5p a page, that’s expensive even by inkjet standards. 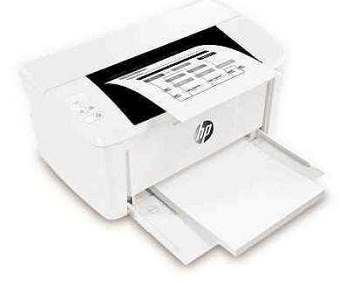 We‘re left wondering who’d buy this. You’d need to want crisper text at a higher speed than a budget inkjet, but not very often, or the costs would mount up. If that’s you, it’s worth considering.

If you only print occasionally, but when you do you want crisp text quickly, this might be for you

Similarly basic and just as quick, this costs less if you shop around