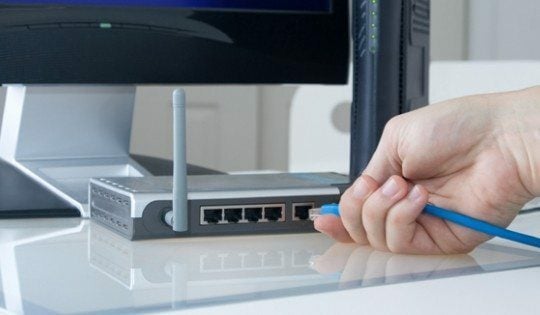 Want to make the most of your home network? Try these tips from Nathan Taylor

If you’re having reception issues, a range extender might seem like an easy option. But in terms of performance they kind of suck, adding significant latency and reducing bandwidth. A better bet is to buy a second wireless access point and link it to the first one via an Ethernet cable or powerline HomePlug adapter.

Most router antennae are aligned for best reception on the horizontal plane, which is often a problem in multi-storey homes. Don’t place your router in the basement or attic/roof; instead put it near the floor on the upper level (the best option, since they generally have better downward reception than upward), or near the ceiling on the lower level. If that doesn’t work, you may have to simply get another access point for each floor, and link them together with Ethernet cables or HomePlug.

The higher the frequency, the harder it is for a wireless signal to travel through walls and intervening objects. 802.11ac, the newer wireless standard, only operates at 5GHz, while 802.11n operates at 2.4GHz or 5GHz. Although it’s a lot slower, you may find it worthwhile to keep at 2.4GHz network active since it may reach the distant corners of your home better.Another cheap way to extend your range is to make your own parabolic directional antennae. You just need some tinfoil and a printer, then you can follow the instructions at www.freeantennas.com. This focuses your wireless signals in a certain direction, which is useful if your router is placed at the edge of your home (which is very often the case). Of course, wireless signals in the other directions suffer.

Various companies make high-gain antennae that you can replace your router’s regular antennae with (assuming your router has external detachable antennae). 8dBi and 12dBi antennas should give a significant boost to your router’s default signal (most antennae are in the 2-5dBi range).If you’re willing to go through the process of installing third-party firmware on your router you can tweak a lot of settings that you don’t have access to in normal factory firmware. Most notably, you can increase the transmit power of the router, which might help it push through to normally dark parts of your home. Don’t increase it too much, however — it can fry your router if you push it too far.There isn’t just one 802.11n and one 802.11ac standard configuration. Each of those standards actually represents a host of different antennae and signal width configurations. It’s common for mobile devices to cheap out and just support the weakest.You may have to dig deep into a new mobile’s specs to find its wireless support details, but look for 802.11ac support, MIMO and 80MHz channel support in a new mobile device.If your Windows PC has an unused Wi-Fi adapter, you can turn it into a Wi-Fi access point with a couple of simple lines in Windows. Open Notepad and type in these two lines, replacing and with the network name and password you want.netsh wlan set hostednetwork mode=allow ssid= key= keyUsage = persistentnetsh wlan start hostednetworkSave the file, but not as a text (.txt) file — change the extension to .bat. Then right click on the batch file you’ve just created and run as administrator. Your PC will now be a wireless hotspot that other users and devices can connect to. You can even share things like 3G modems by right clicking on the modem/network connection in the Network adapter control panel and enabling Internet Connection Sharing.If you’re running permanent Ethernet cable between points in your home, make sure that the cable is Cat 6a (not Cat 5e or 6), which future proofs it for future network speed upgrades. For running through wall ducts and in bundles, also look for shielded/foiled twisted pair (S/FTP).A new generation of HomePlug powerline adapters is coming out, and they’re vastly superior to the existing 500/600Mbps models. Look for 1Gbps+ powerline adapters.When using HomePlug, avoid powerboards and extension cables if you can. They can put a big dent in your powerline network performance and often cause the powerline adapter to lose its connection. Directly plugging them into wall sockets is best.Given the magazine you’re currently reading, it’s a good bet you’re something of a super-nerd, meaning you have a whole bunch of devices in your loungeroom that need hooking up to your network. Rather than run a cable from each of them all the way back to your router, put a switch in your loungeroom and run a single cable back to your router.Even better, put a second router/ access point in your loungeroom, and use it as your wireless access point and loungeroom switch, since in most cases it will be more centrally located than your router.And if you want to get really funky, get a router and install DD-WRT on it. Then configure it as a wireless client bridge (where it acts as a bridge to your main router) and chuck away the cable that links it back to your main router. Any data that comes into its Ethernet ports wills be transmitted over the wireless network back to your main router at high speeds.If you have a VPN service that you’d like to share with all of your devices (including mobiles, consoles and other devices), you can. Set up the VPN on your PC, then set your PC up as a wireless access point.Then go into your network adapter settings (from the Network control panel) and right click on the VPN adapter and select settings, then use Internet Connection Sharing to share the VPN. Then, any device that connects to your PC’s wireless access point will use the VPN for internet connectivity.An alternative is to use your router to connect to the VPN, so that all traffic is routed through the VPN. To do this, you’ll need router firmware that supports VPNs — and most do not out of the box. You can install DD-WRT (dd-wrt.com), Tomato (www.polarcloud.com/tomato) or an OpenWrt (openwrt.org) build, however, to get it. This firmware has VPN client capabilities built in, and your VPN provider should have a guide on how to set them up.The open firmwares also have an extra VPN capability they can also be a VPN server, allowing you to “dial home” from your mobile, keeping you secure at public Wi-Fi hotspot and letting you access things like your NAS server from anywhere.If you use a 3G internet connection (or other tightly limited connection), a new Chrome add on from Google called Data Saver pre-compresses web site data before it gets to your mobile or PC. It’s definitely worth installing — we’ve seen data reduction typically in the 30-40% range.