Yes, the price is a lot for a laptop. But what a laptop! Inside is an i7-8750H processor with no less than six cores, served by 16GB of memory and a 512GB NVMe SSD that achieved write speeds of just over 1,000 and read speeds of just under 2,300 megabytes per second in our tests. That’s two or three times faster than an average SSD, and over 20 times faster than a hard drive. Dell XPS 15 (2018) Review. 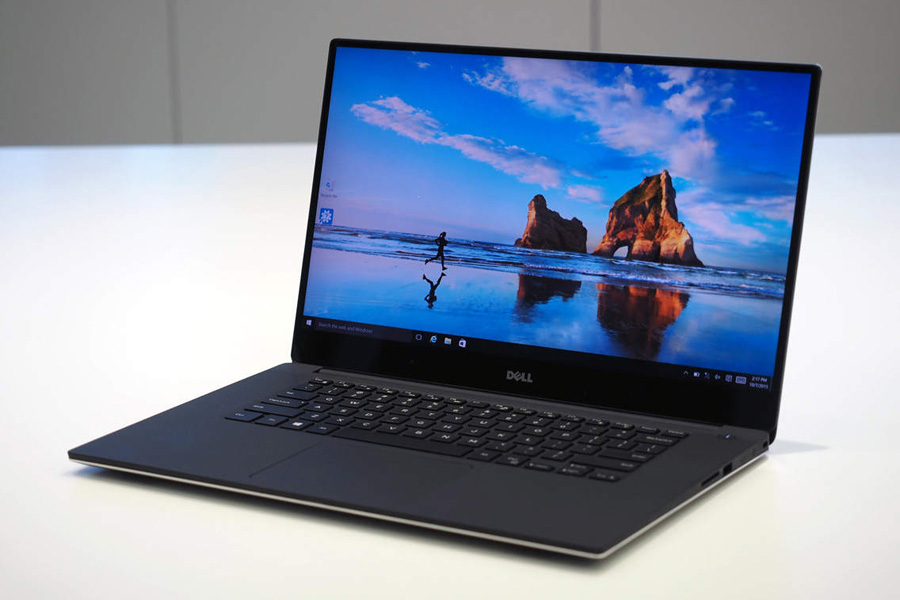 Faster than many desktop PCs, it has a gorgeous screen and lightweight design

The GeForce GTX 1050 Ti graphics card uses Nvidia’s Max-Q design to squeeze in almost as much power as the equivalent desktop PC component. Our tests confirmed that this CPU and GPU deliver serious performance. In demanding multi-core tasks, like encoding 4K video, the XPS 15’s score wouldn’t disgrace a desktop i7 chip, outperforming the already impressive i5 version of the XPS 15 laptop-tablet by nearly 50 per cent.

And despite being crammed into a manageably slim and light laptop – this is no chunky gaming machine – it suffered no overheating to limit its speed. As for the GPU, we got smooth frame rates on high-quality settings in 3D games at Full HD resolution. Only when we pushed it to the screen’s full 4K resolution did it start to struggle.

Oh, did we mention the 4K touchscreen? Covering over 95 per cent of the sRGB colour range, it’s a gorgeous-looking screen. Unfortunately, its colour accuracy isn’t good enough for pro photo or video editors – our one disappointment with this model. The keyboard, which perhaps wisely doesn’t try to squeeze in a number pad, feels great, the touchpad is responsive, and the power button contains a fingerprint reader for quick login. At 7 hours 15 minutes in our video-playback test, battery life is respectable too.

You can get the same configuration for £ less with a Full HD screen, and the range starts at a much more affordable with a solid i5-8300H processor and 4GB GTX 1050 (not Ti) graphics. At the other end of the scale, it still looks great value with an i9-8950HK processor, 32GB of memory and a 2TB SSD. But the option is a very sensible balance.

There aren't many laptops under £ that can truly claim to do a desktop PCs job, but this is certainly one of them