Home » Sound & Vision » Chord Poly review: A streaming solution to be reckoned with

Chord Poly review: A streaming solution to be reckoned with

AGAINST No dedicated app; no text display; low battery life

Some of the best things in life come in pairs that complement each other perfectly – fish and chips or wine and cheese, for example. You can add to that list the Chord Mojo and Chord Poly, a DAC and network streaming solution that could be described as a match made in hi-fi heaven. 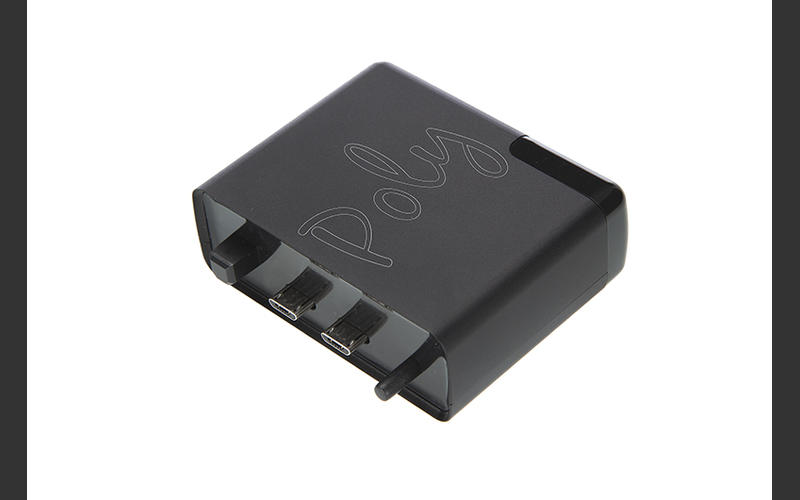 If you already own the Award-winning Chord Mojo DAC. adding the dedicated Poly streaming module will gift your Mojo the likes of DLNA, AirPlay, Bluetooth and micro SD card playback. Bear in mind, though, that the Poly is designed to work exclusively with the Mojo, and cannot be used with any other DAC.

Buy the pair and you have a network streaming solution that’s a force to be reckoned with. The Chord Poly is a brilliant piece of hi-fi kit. But if you’re an especially unforgiving soul, there are plenty of hurdles to jump over before you can reach this positive conclusion.

Disconnected from the Mojo, the Poly would hardly dwarf your typical vintage cigarette lighter. When the two are attached, their size is closer to that of a small hip flask.

So considering music streamers like the Cambridge CXN have full-width chassis, text displays and the like, you may initially feel short-changed by the Poly in your palm. It’s certainly portable, which of course, is one of the Chords’ main selling points, and the Poly integrates nicely into the Mojo’s design, slotting neatly into its counterpart’s digital connections.

Those familiar with the Mojo should be quite fond of its colourful buttons, which denote power and the sampling rate of the playback file. That still applies when the Poly is connected, so if you stream a 44kHz song from your NAS drive over wifi. for example, the buttons will shine red. If it’s a 192kHz file, they’ll go blue.

The Poly has a couple of indicator lights of its own. which are more low-key and functional, denoting Mojo pairing, battery life and set-up status.

At the Mojo’s output end. the twin 3.5mm jacks are ideal for most headphones, although to connect it to a system you’ll need a 3.5mm-to-RCA cable. If you’re doing that, the Poly takes up the Mojo’s digital inputs, so you’ll have to unplug any connected sources while you stream. And you’ll also have to be a slave to the Poly’s claimed nine-hour battery life. The Chord Mojo’s is 10 hours.

Setting it up for DLNA use demands more from you than it probably should. Mirroring the process of assembling flat pack furniture, the journey begins with an old-school fold out paper manual. You are then prompted to use the supplied pin to press-hold the Poly’s P-status button for five seconds, which will make the Poly’s network discoverable. Once you’ve connected your device to the Poly’s network, and to your own via the pop-up screen, the Poly is ready to stream your networked files.

At this point, the Poly should really come clean about not having its own app. The app is the basic usability experience of most music streamers – the place from which you can access them and perform other playback controls. It’s a shame as far as we’re concerned – not only because Chord software, if it was as appetising as its hardware design, would offer an enjoyable experience, but also because you have to download a third-party DLNA server app.

Chord’s manual gives Plex and 8 Player as examples, but they both cost extra for full access. A perfectly usable free app for both Android & iOS devices is MyAudioStream Lite, but on this occasion we opt for the Android-friendly BubbleUPnP app on an LG G6 phone.

There’s also an unlimited-capacity microSD card slot for DLNA and local playback, and you can also play music via Roon software on a PC or Mac. enabling Tidal and MQA file streaming. For this, the pop-up screen during the Poly’s wifi setup requires you to tick the ‘Room’ box.

Streaming over AirPlay and Bluetooth is simple, while Google Chromecast also features on the Poly’s ‘coming soon’ list.

The Poly doesn’t strip the Mojo of its vast file support, as it’s also capable of handling PCM files up to a staggering 784kHz, as well as DSD256.

Set-up and usability are more laborious than they should be. but that pales into insignificance when the pair are let loose with your music library. In terms of musical matrimony, the Poly and Mojo could be reaching their Silver anniversary. Sonically, this is a match made in hi-fi heaven.

The Chord Poly and Mojo integrate nicely. Together, they are about the size of a hip flask

The Chord Mojo features in our Award-winning DACs category. “Its ability to organise information into a cohesive and musical whole makes it stand out,” we note

The Chord Poly is a brilliant piece of hi-fi kit, but isn’t quite the

“This network streaming solution is a force to be reckoned with. The Poly is a brilliant piece of hi-fi kit, but there are plenty of hurdles to jump before you can reach that positive conclusion”

We connect the pair to our reference Gamut amplifier’s RCA input, and compared with the Cambridge CXN (our Award-winning music streamer/DAC at this price), the Chord combo is clearly more articulate and rhythmically adept.

Playing Bon Iver’s 666t, they deliver the opening two-chime notes and glitchy guitar pangs with more clarity and texture, pursuing the harmonics of the distorted instrumentals with greater resolve. The stepping-stone pattern, which rides underneath as Bon Iver stacks up his dense synth-washed musical canvas layer by layer, has a closer-knit correlation with everything else.

And when it’s time for his warped, auto-tuned chop to come in, it’s placed centre stage with a level of articulacy and dynamic discrepancy that the Cambridge can’t quite match.

That insight extends to the low-end. with heft anchoring the tuneful bassline. That’s reiterated when we play Biffy Clyro’s Wave Upon Wave Upon Wave. The Mojo and Poly don’t duck out of the meaty riffs, and the guitar thrusts and tripping drum that can sound idle through lesser electronics, has the desired impact. The same applies to Simon Neil’s authoritative talk-vocal, often mistakenly described as sounding mundane.

The Poly/Mojo pairing may not offer quite the expanse of the bigger-sounding CXN, nor perhaps the space within it. but it hardly lacks scope either. Thelonious Monk’s Locomotive is a mass of jazz, and the Chord pair captures the arrangement’s density without sounding claustrophobic. There’s life and dynamic lift to the clarinet, and the tight liaison between the piano player and cymbal-tapping drummer is never in question.

While streaming over AirPlay and Bluetooth (from a combination of Apple’s iPad. Apple MacBook Air and the LG G6 smartphone) isn’t quite as precise, open or transparent, expectations are well met.

To test the Chords’ portability, we plug our B&W P5 headphones into the Mojo, and play Slowdive’s Sugar For The Pill from Tidal over Bluetooth. Taking them out of the equation by plugging headphones directly into the smartphone, the performance isn’t half as solid or detailed.

Sometimes we come across a brilliant product that isn’t quite the finished article, and this is one of them. Chord’s Poly and Mojo combination won’t be for everyone – it’s lacking a dedicated app, as well as a mains-powered option and accessibility to physical inputs to increase its practicality within a hi-fi system.

But the bottom line is that the Chord Mojo is a five-star product. Doing what most Chord digital products do best, the Poly/Mojo duo sounds fantastic.

Despite imperfect usability, the Chord Poly is an excellent streaming accessory if you already have a Mojo DAC