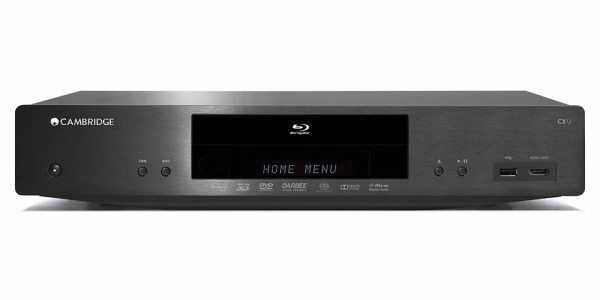 Cambridge Audio punts Blu-ray with the right degree of pomp and attention to sonic detail, says Steve May

With its union flag branding and prim brushed fascia there’s something of the Last Night of the Proms about Cambridge Audio’s top-ranking CXU Blu-ray player. The Great British Sound branding reflects the company’s UK research and design operation, but is indicative of a lofty approach to audio that explains why you won’t see much change out of a grand.

£195.99
Added to wishlistRemoved from wishlist 0

£949.00
Added to wishlistRemoved from wishlist 0

$627.78
Let us know your thoughts on a product or view reviews from our members, independent experts and other websites.