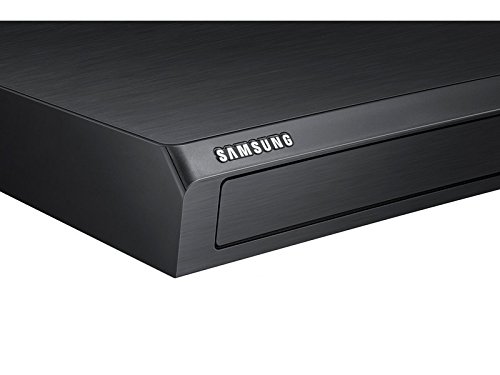 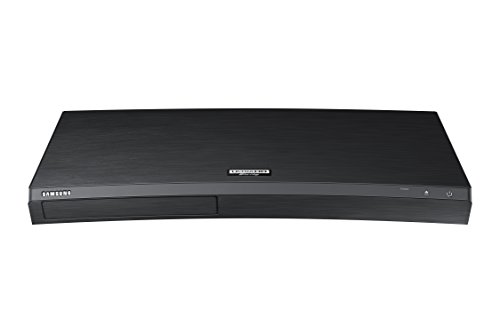 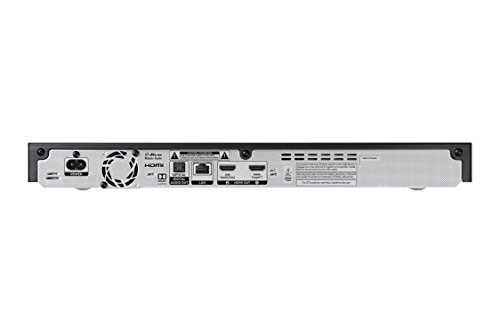 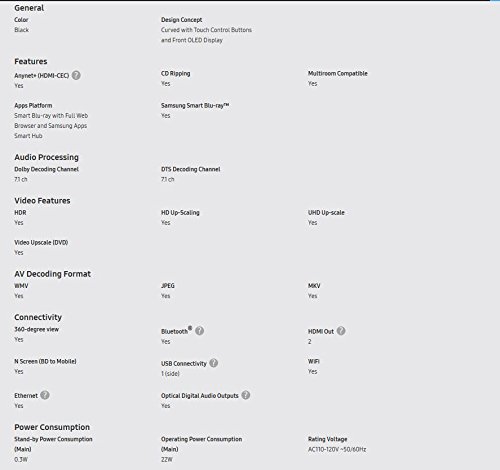 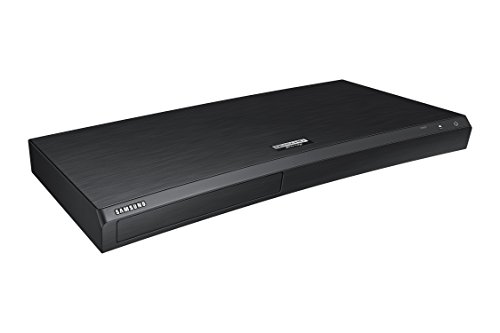 SAMSUNG’S FIRST UHD Blu-ray disc spinner, the UBD-K8500, was something of an enigma. Being first out of the blocks ensured it had fans, as did a price point lower than its soon-to-be-released Panasonic DMP-UB900 rival, but it wasn’t perhaps the festival of UHD goodness and premium build many would have liked. Enter the UBD-M9500 follow-up player, tweaked and fettled to address the original’s weaker areas.

At a quick glance you won’t tell the difference, though. The same slim, lightweight and curved front chassis remains, as does rear-panel connectivity that proffers two HDMIs, Ethernet and an optical digital audio output, but no analogue options – not even stereo phono. Wi-Fi and Bluetooth connectivity is catered for, the latter offering the ability to connect to wireless Bluetooth headphones or suitable soundbars.

A USB input is, oddly, side-mounted on the deck’s right-hand panel.

On the inside there has been some subtle refinement of the core picture system, including ironing out a bug concerning chroma sub-sampling.

Samsung’s new kid has the welcome addition of a front-panel display, albeit a short, scrolling text affair concealed along the player’s front sloped edge that springs into life once commands have been given.

The original remote has been ousted in favour of a somewhat sleeker design ported over from Samsung’s top-spec TVs and soundbars. It’s not backlit but is much more intuitive for blind control in a darkened room. That said, the traditional four colour keys have been moved to soft keys on an onscreen pop-up.

The lineup of apps within the Samsung Smart Hub includes Netflix, Amazon (both with HDR playback) and Google Play Movies, plus BBC iPlayer and All4 catchup, with a host of other apps downloadable from Samsung’s portal. It’s not a mirror image of the current smart TV platform, though – ITVHub and Demand 5 are missing.

There are also some fairly whacky new features. Ever wanted to stream movies from your Blu-ray player to your smartphone? No, neither have we, but if you get the urge for smallscreen movie entertainment, the M9500 makes it possible. Or, if you have Samsung’s Shoot Gear 360 camera, you can share the content to a mobile or PC, move the data via USB to the UBD-M9500, and navigate around the 360 degrees of content onscreen.

Picture tweaking menus are fairly limited in comparison to some other decks. Colour sampling can be changed under HDMI settings (4:2:0, 4:2:2, 4:4:4), but bit-depth is automatic, downconverting to 8-bit for those with older 4K TVs. There’s a basic gamma level tool for HDR content scaled to SDR for even older 4K TVs. Note that, like the UBD-K8500, HDR output cannot be overridden if the Samsung detects a compatible display.

One small elephant in the room, or rather not in the room, is Dolby Vision (DV). While LG and Oppo have managed to incorporate Dolby’s latest visual tech, the M9500 (and Samsung 2017 TVs) does not have it. Given the lack of Dolby Vision encoded content available that

An even bigger elephant in the room is 3D Blu-ray; this disc-spinner doesn’t play the format. A logical choice,

perhaps, for a brand that no longer makes 3D TVs, but something that makes it a no-go for anyone looking to upgrade their 3D-capable Full HD player for a new 4K job.

And I ride and I ride…

There’s no disputing the sheer bandwidth of information the UBD-M9500 puts out with 4K HDR content. Plop in a disc and the Samsung powers into life with incredible detail and that unique sense of image depth the format offers. The rich set design and amazing lighting effects in Passengers (Ultra HD Blu-ray) are jaw-dropping. Viewed on a Samsung KS9000 TV, the textural nuances of the ship’s materials are on full display, and this metal, glass and plastic detail is what lends the scene incredible reality – even considering all the CGI in the mix. And if there is a redeeming feature of Passengers (that little known genre of tedious moral dilemma set in space) it is Jennifer

Lawrence and the way her not-unattractive features are delivered in 4K from the UBD-M9500. Her skin tones and its organic appearance, strands of hair and sparky eyes, are stunning. I think I’m in love. With the technology, obviously.

Of course, some fettling of display picture settings may be required to achieve the perfect HDR balance without searing your eyeballs. The trouble then being, pictures from other sources may not respond well to these settings if your TV has global picture control across all inputs.

Some level of control on the player (brightness, hue, etc) would have been better.

An impressive trick of the M9500 is its motion handling of 4K HDR content. Huge, sweeping pans of the ship in Passengers are smooth as silk with zero judder and no observable motion blur. Scenes looking across the ship’s concourse are super-slick as the camera scrolls across the huge space, as is the first-perspective spinning as seen by our heroes during their tethered space walk.

Away from 4K visuals, the player naturally handles Dolby Atmos and DTS:X bitstreams, and upscales regular Blu-rays with efficiency and no obvious short-comings.

The Samsung is not without a couple of frustrations when it comes to usability. During my audition, it popped up a firmware notification mid-movie, and rebooted the disc when it had been on pause for more than 15 minutes. Thankfully, while general build quality doesn’t imbue the same level of confidence as some other decks, operational noise isn’t a concern.

A last issue is the asking price, which looks a touch high compared to challengers such as LG’s Dolby Vision-enabled UP970, Panasonic’s DMP-UB300 and Sony’s universal UBP-X800. So, while this second-gen 4K BD player delivers the visual goods with aplomb, minor niggles, no 3D and a steep ticket preclude it from greatness.

4K disc playback and multimedia smarts are the strengths here, although some will expect more in the way of features and format support considering the price tag.

4K disc playback and multimedia smarts are the strengths here, although some will expect more in the way of features and format support considering the price tag.

PASSENGERS: Not the greatest sci-fi flick ever made, but the 4K presentation on Sony Pictures’ BD (buoyed by its 6.5K digital origins) is a real eye-opener. Choose to import from the US and you can get a 4K/3D/Full HD triple-pack.