AGAINST Nothing of note 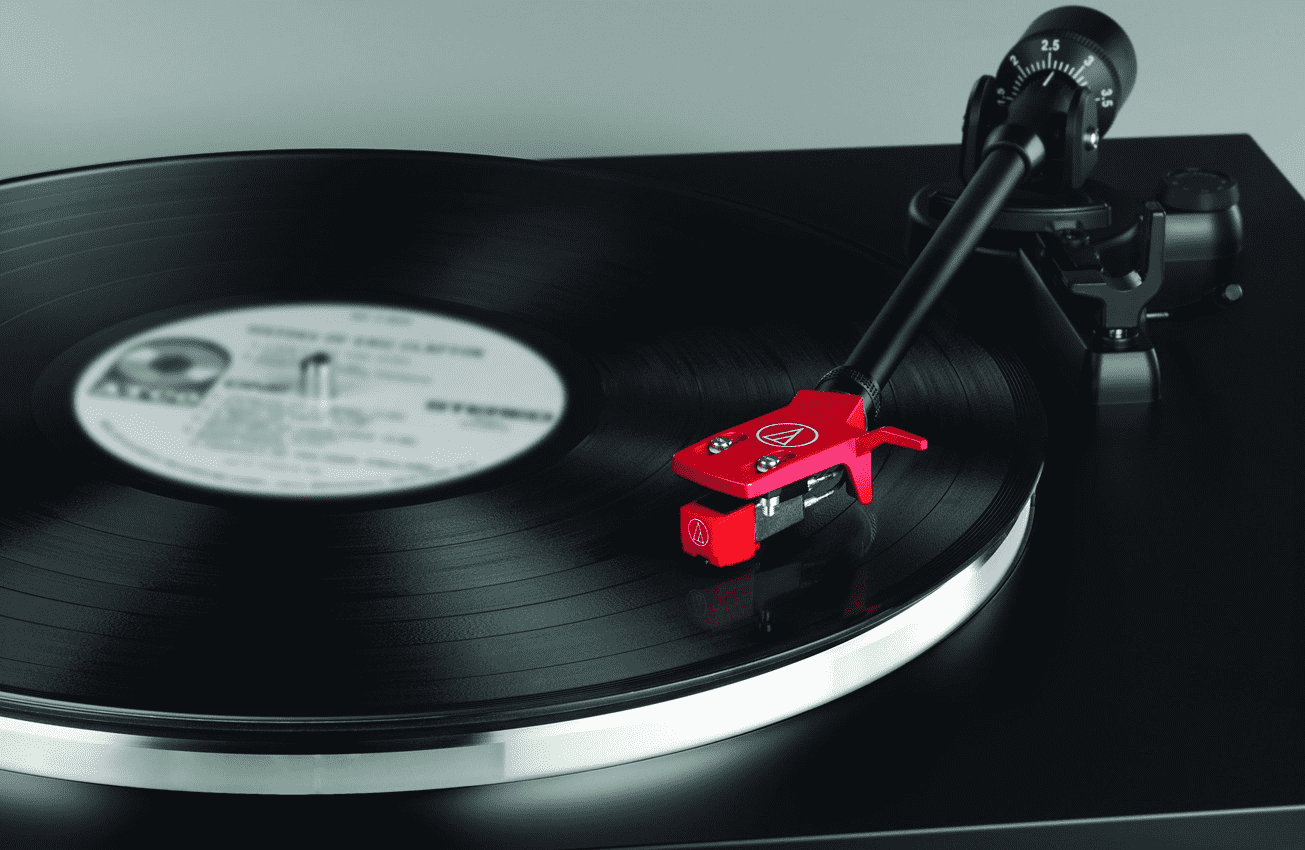 “Budget, fully automatic?” Isn’t this treating turntables as toys? Stripping away the rules and reducing the record player to little more than a retro trinket. And, more annoyingly, these sorts of turntables are usually catering for those without the time to put down their craft beer, or curtail an anecdote about the time they were welcomed into an Inca tribe on Machu Picchu, in order to lift the needle.

Certainly, the terms ‘budget’ and ‘fully automatic’ have so often flirted wantonly with such tableaux when it comes to turntables, it has reached the point where they would almost certainly be thrown out of the public swimming baths.

Until now, that is.

Those five stars resting atop this piece aren’t a design error; in the AT-LP3, Audio Technica has fashioned a turntable with all the ease of use and affordability of such suitcase record players, but for the first time in our experience one that follows concurrently the rules of hi-fi.

Because we need those rules. Not the ones that say building a system ought to equate to eight boxes and miles of cable spilling out like intestines, but those rules that tell us no matter how much technology you use to make things simpler or tidier for the listener, never should it steal the spotlight from performance.

In terms of facilitating the entry-level listener, there’s little else we could imagine being asked of the AT-LP3. It isn’t in a suitcase and you’ll need a separate amp and speakers. However, it is fully automatic, meaning you need only jab a few buttons to have your record play and have the needle lift itself at the end; it has a phono stage built in, of which use is optional; set-up is foolproof; and a cartridge can be swapped out for either another moving-magnet or a moving-coil alternative.

Nothing about its build or general feel suggests it’s a budget deck. It’s less weighty, less substantial than its Award-winning sibling, the AT-LP5, but is as easy on the eye and similarly tactile.

Being automatic, the AT-LP3 has more switches: to play and to stop, to change rotation speeds and to let it know the size of the record. The fact there are separate controls for size and speed also means you’ll have no trouble with your 12-inches that play at 45rpm, or the other way round.

Although there’s no size setting for 10-inch vinyl, you can play them by placing the needle manually – lifting the tonearm will start the platter turning – but only to play at 33 1/3 or 45rpm: there’s no 78rpm setting.

Set the tracking and bias weights as per the manual and connect it to your amp and power source and essentially it’s ready to play. That’s it as far as setup; the only caveat being the interconnects, irremovable from the AT-LP3’s chassis, which restrict how far it can sit away from the amp.

In terms of performance, we could effectively direct you to our AT-LP5 review. You can take away a little of the detail, space and dynamic range, but, characteristically, there’s no mistaking these are from the same family.

Immediately upon pressing play on Arcade Fire’s The Suburbs, we are drawn in by that familiar, full-bodied musicality.

At this price we may have been tempted to forgive some soft or hard edges if they had been encountered, but there aren’t any.

Despite the soundstage not being cavernously spacious, nor the detailed microscopic – though in both respects still probably more so than you’d expect at this price – there’s no clipping of frequencies and no coarseness here.

Overall it’s a balance that keeps the music’s character its priority. With The Suburbs, that means purveying the alternating lilt and drive of the record and capturing the cool expression in Win Butler’s vocal, which it does with aplomb.

The album’s title track, for example: previously we’ve heard it sound like a real slog, more like the final hundred yards of a drunken stagger home than a crisp, bright

The tonearm is automated, so bear this in mind

The cartridge is easily removable and can be swapped if desired

The Audio Technica imbues records with warmth and life

morning in American suburbia. The AT-LP3 gets that, allowing the album’s sentiment to be juxtaposed with the character of its opening number.

Better than the rest

There are a number of those tracks on this record – Rococo and City With No Children to name but a couple – where the drive is subtle, not denoted particularly in instrumentation or texture, relying on the turntable’s level of expression to keep them from sounding pedestrian. That a budget turntable such as this Audio Technica can do that seemingly so easily ought to leave a number of products further up the food chain more than a little red-faced.

One note on The Suburbs regarding the AT-LP3 being fully automatic: because the turntable’s mechanism tells it to return the tonearm to its rest once the disc is finished, we weren’t treated to the locked groove at the end of side three. This will be the case with any turntable like this, so if it matters to you, manual tonearms are the way to go.

We change the record to Beethoven’s Fifth Symphony and there’s scale and power enough to give the performance heft, without it feeling like the orchestra has been squashed into the soundstage against its will. We also get a sense of how well the AT-LP3 is able to temper its enthusiasm when necessary, refusing to punch itself out or ignore the importance of delicacy; it’s a really human performance.

A human performance, too, when we play Nick Drake’s Pink Moon, with that vulnerability so apparent within the smooth delivery; and when it’s Fugazi’s 13 Songs, with the bile and angst spat through each line; and Hot Chip’s In Our Heads, which is simply the party we would most want to be invited to.

Essentially, Audio Technica understands what it takes to create entry-level products. Namely, it grasps what each performance is about, prioritising an entertaining performance ahead of focusing on any particular facet of the sound.

If we didn’t enjoy its performance so much, we’d be telling you to avoid the AT-LP3 and invest more in a bunch of separate components. We aren’t. The fact it’s so easily upgradable, with separate phono stages and different cartridges, only shows it’s pretty much the ideal entry-level product.

If you want an upgraded performance from the outset, go for the AT-LP5 or Sony’s recently more affordable PS-HX500; but at this price there isn’t anything we’d be so happy to listen to. At last there’s an almost all-in-one budget turntable that treats records as music and not a mere curiosity.

At last, a fully automatic turntable for those who want their kit to do most of the work, but who truly value performance

At last, a fully automatic turntable for those who want their kit to do most of the work, but who truly value performance