Small and sleek, but slow

This dinky Windows 10 tablet, which comes with a keyboard and stylus, reminds us of the discontinued Microsoft Surface 3. While devices are often plasticky, this one has the kind of slim aluminium case (actually a combination of aluminium and magnesium) that you’d expect to pay a lot more for. At just 530g for the tablet, or 790g with the keyboard attached, it’s small and light enough to slip in a bag and carry anywhere.

It has an attractive case and is functional, but the Mini is also sluggish, with a cramped keyboard.

A 10-inch keyboard is always a compromise, and we found it cramped, bouncy and surprisingly noisy. Asus’ Targe precision touchpad’ is by any normal standards small and imprecise, although you can always resort to swiping the touchscreen. A battery-powered, pressure-sensitive pen is included, with a neat loop to stow it next to the keyboard, and another pleasant surprise is a Windows Hello fingerprint sensor on the back panel. What’s missing is a rear camera, so you’ll have to resort to your phone for photos. 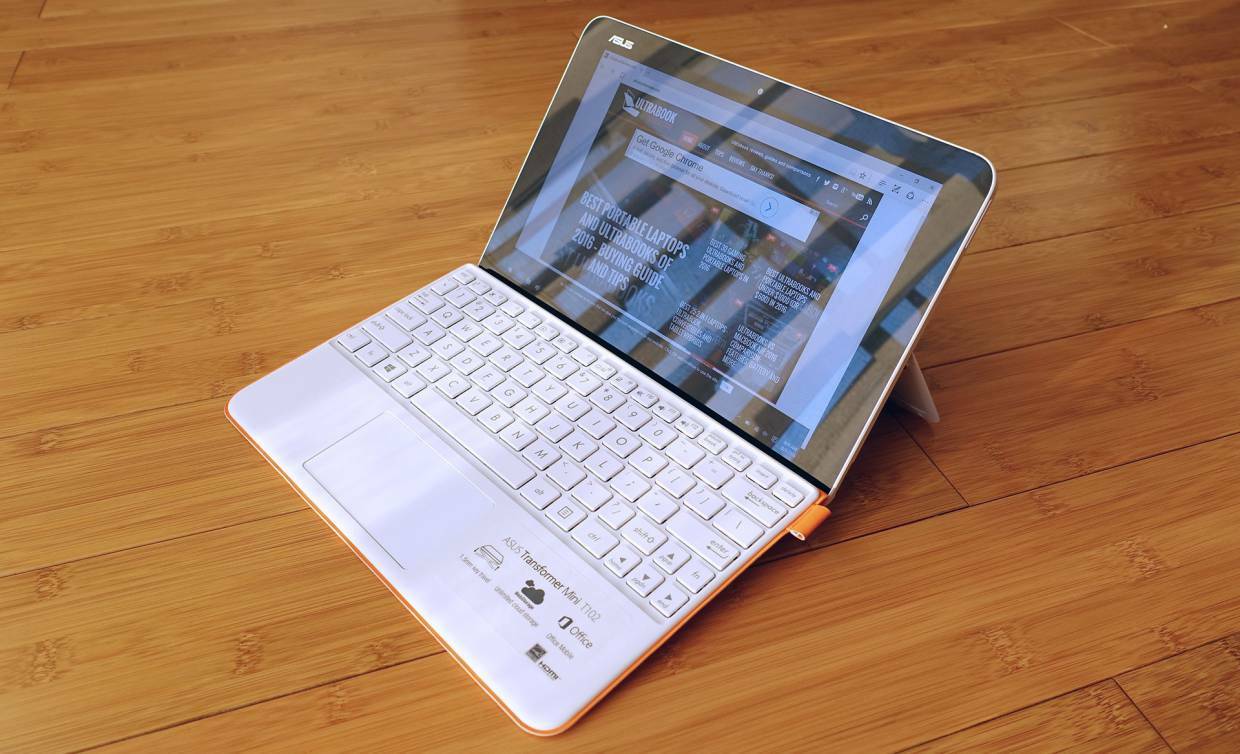 Also on the back is a Surface-style fold-out kickstand (see photo below), which gives you a wider choice of angles than most. Around the sides, rather than USB Type-C, you get a full-size USB 3.0 port as well as microUSB and a microHDMI monitor output.

The 10.lin screen is about as small as a Windows desktop will go, just a fraction bigger than an iPad Air 2. The Transformer Mini’s 1280×800-pixel resolution isn’t particularly sharp, so you may feel a bit limited writing text documents or reading websites, especially if you need more than one window visible at a time. Color accuracy is nothing to write home about either, but the screen is brighter and better than some we’ve seen, and quite adequate for most purposes.

We’d struggle to say the same about the processor. It may have four cores, but Intel’s Atom X5-Z8350 isn’t in the same league as the m-series processors in many more expensive laptops, or an i3 or i5. Although it can just about cope with ordinary tasks, it really didn’t like us trying more than one at a time. Even loading and saving felt slow, a reminder that while SSDs are faster than hard drives, they still vary widely in performance. At just 64GB, the Mini will also leave you short of space if you like to keep videos, photos and music on your laptop, although you can add a microSD card. A 128GB version hikes the price, which isn’t worth it. 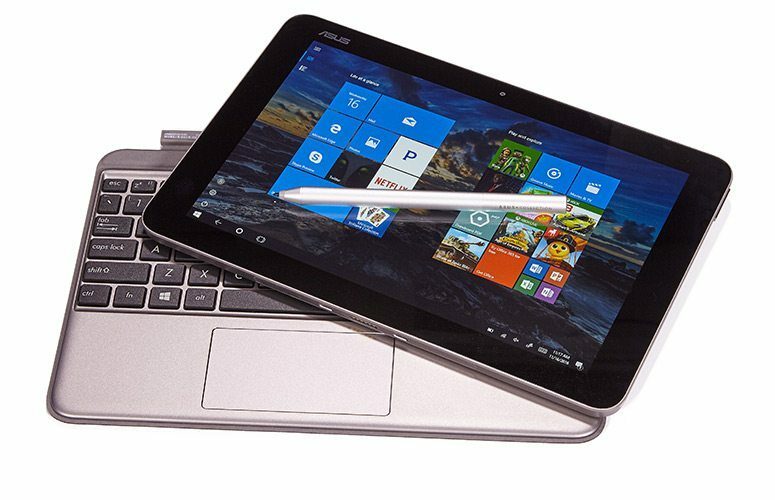 It’s not a bad choice, but you’ll be frustrated by how slow it is. The keyboard was particularly disappointing

If you need a more capable laptop-tablet, this high-res 12in ¡3 system with 128GB is excellent value

It's not a bad choice, but you'll be frustrated by how slow it is. The keyboard was particularly disappointing.