We have to hand it to Asus – they’ve designed a very aesthetically attractive board considering.

Even better, they’ve managed to squeeze in the most expensive X370 chipset into a board at this price, which is simply astonishing value.

Let’s dig deeper to see how they’ve managed to do so.

Like many of Asus’ recent boards, it features the 5-way optimization technique, allowing a single click that will optimize fan speeds according to various temperature sensors on the board, while also optimizing the speed and voltages of the CPU. 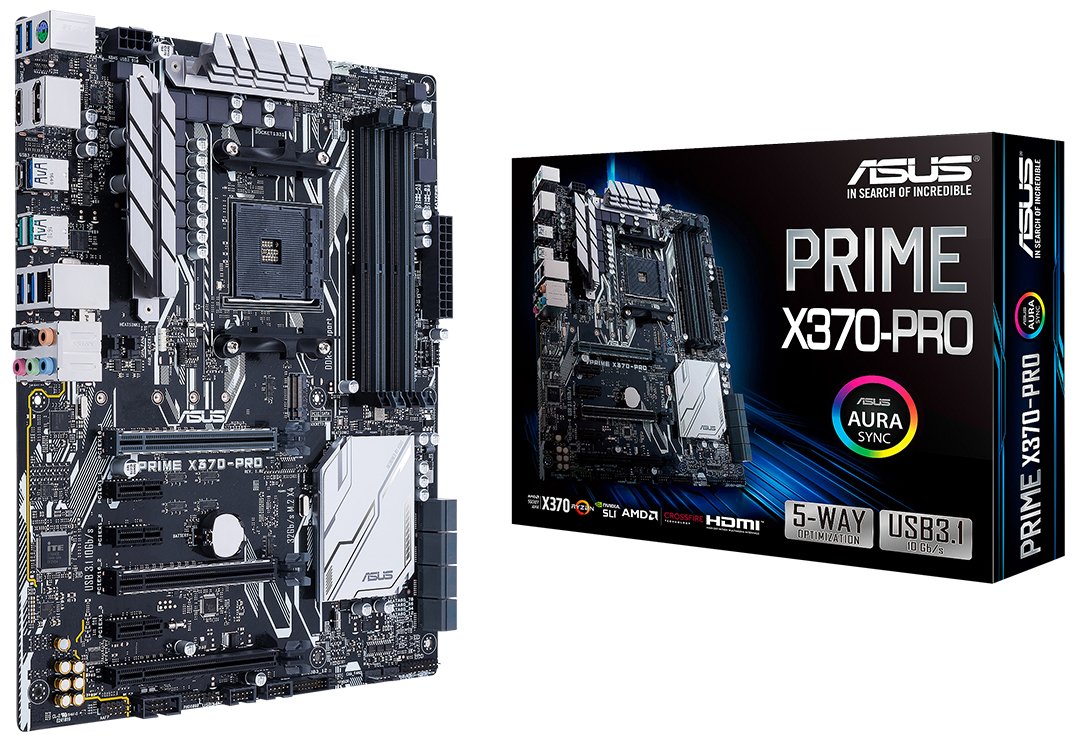 As with all X370 boards, there are only four memory slots, and Asus rates these up to 3200MHz.

In terms of physical layout, there’s the usual twin PCIe full length boards, which can both be run at up to x8 speeds, delivering SLI if you want it.

Another full length slot running at x4 resides at the bottom, with three more x1 physical slots in between these.

Asus has beefed up the SATA support, with four standard SATA 3 6Gbps ports, along with another twin SATAe that can be converted to four more SATA 3 6 Gpbs.

There’s only a single M.2 connector, but at least it operates at maximum effort, using four lanes of PCIe 3.0.

At this price, we didn’t expect much in the way of audio, but Asus has included its unique take on the ALC1220 chipset, which it tweaked with Realtek to deliver better audio quality.

The new chip is called the S1220A, and is theoretically capable of hitting an SnR of 120dB on the stereo line out, and 113 dB SnR on the front line in.

It’s also got the usual high-end caps, EMF shielding and the like that we’d see on more expensive boards.

Intel has been tasked with delivering the Ethernet solution, using the I211-AT chipset.

There’s a decent range of I/O options on the rear plate, with eight USB ports in total; six USB 3.0 and twin USB 3.1, one of which is obviously Type-C.

Additional USB ports can be added, and there’s a single USB 3.1 header for a front connector.

We loved the BIOS of this board, as it’s clean and responsive.

Even better, dropping the memory in and setting it to 2666MHz simply worked, with none of the fiddling around required on the ASRock or MSI.

Performance across all of our tests was excellent, coming towards the top of the pack.

We’re very surprised at what Asus has delivered at this price point.

To be frank, it’s almost a competitor for the company’s own Crosshair VI Hero, though we’re guessing it doesn’t overclock as well. Still, at this price point, this is one of the most feature-packed boards around. 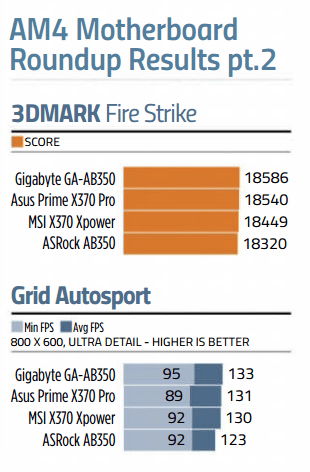 This is arguably the best value board on the market, in terms of balancing out a very attractive price with an excellent feature set.