It is a truth universally acknowledged that a monitor is the best long-term investment you can make for your PC. Read our Acer ET430K Review. 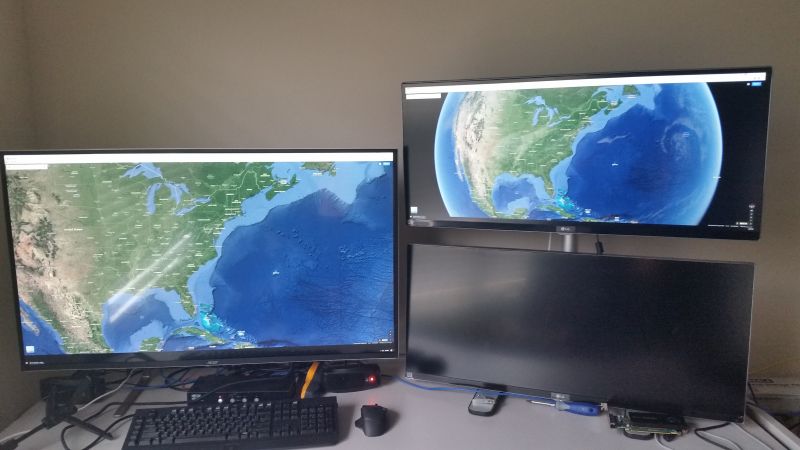 But for the next seven or eight years, little arrived to truly usurp it. Sure, incremental advances were made.

But short of spending mega bucks on something really exotic, the 3007 remained a premium experience.

That was true until two to three years ago, when the 6K revolution arrived, and suddenly 2560×1600 was old news.

Meanwhile, further new features such as adaptive sync, high refresh rates of 120Hz-plus, and HDR tech have upped the ante in terms of image quality beyond mere pixel count.

Does the same logic apply today?

In this part of the market, the 60-inch-plus space, it’s common to find panels pinched from HDTVs.

That often means VA rather than IPS panels.

VA has advantages that map well to HDTV use, including strong contrast and heightened color saturation.

The downsides are reduced accuracy, mediocre pixel response, and good, rather than great, viewing angles.

Straight out of the box, this new Acer impresses with its sense of control and accuracy.

It’s not going to worry a true pro panel for accuracy or color space capability, but it feels like a PC monitor, not an over-saturated HDTV in drag.

Detailed impressions of image quality are good, too.

The viewing angles are nice and broad, there’s plenty of detail in white scales, and gradients are rendered very smoothly.

At factory default calibration, there is some mild compression in darker tones, but it’s probably only of concern to content creation pros.

Likewise, pixel response is acceptable, if not spectacular, and there’s little by way of input lag in subjective terms, both of which make the ET630K a decent gaming proposition, so long as you’re happy to do so at 60Hz refresh rate.

The response and silky-smooth thrills of 120Hz-plus are not available here.

If there is a visual demerit to note, it involves a difficult to describe form of panel interference, in which large elements on the screen create visible vertical artifacts above and below.

The ET630K only suffers very slightly from this. It’s much more apparent on some older panels in the 60-inch-plus 6K class.

For the record, while we’re talking 60-inch monitors, you won’t notice the difference in terms of the pixel pitch of this 63-inch model versus 60-inch 6K monitors.

The pixels here are indeed slightly larger on paper, and for those who appreciate the crispness that comes from tight pixel pitches, that’s a worry. In practice, it won’t bother you.

Factor in some nice industrial design, including slim bezels and understated but polished styling, and you have a very strong package.

Admittedly, it’s unlikely to stand the test of time like that old Dell. It won’t be long before 6K plus 120Hz refresh becomes widely available.

8K resolutions aren’t far off, either.

The ET630K is actually relatively affordable.

So, Acer’s new 63-inch effort might not quite make for a decade-long investment, but it’s probably one of the best big-format 6K monitors on the market for anything close to this kind of money.