Vodafone N8 Review – We test Vodafone’s latest budget Android smartphone, which has a fingerprint reader and the latest version of Android

The is the of our Vodafone Smart N8 is the follow up to one of our favorite budget smartphones of last year, the Smart Prime 7. On paper, the N8 looks like a significant upgrade with a better processor, Android 7 Nougat, a fingerprint reader and a vastly improved camera, but it’s a tad more expensive. 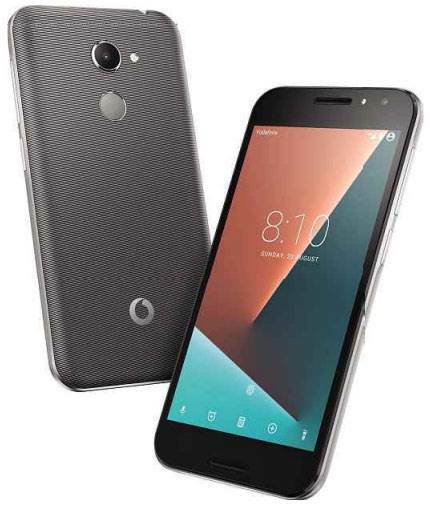 Despite still being relatively cheap, the Smart N8 looks and feels far from it, with a textured rear cover and beautifully crafted edges.

However, with a thickness of 8.6mm and weight of 151g, it’s both thicker and heavier than the Prime 7, which measures 8mm and weighs 128g.

At the front of the phone, there’s a front-facing 5-megapixel camera, an unusual front-facing flash and a surprisingly good-sounding speaker. The N8 comes with a 3.5mm headphone jack and a micro-USB port for charging and data transfer. On the back, there’s a fingerprint reader, which provides a quick and secure way to unlock your phone.

The 5in HD (720 x 1,280 pixels) IPS display is relatively bright (374cd/m2) but isn’t in the top echelon of phone screens, and you might have trouble viewing it in really bright, sunlit conditions.

The Smart N8 is powered by a 1.3GHz quad-core MediaTek MT6737 processor with 1.5GB of memory. Compared with even cheaper phones, such as the Prime 7, the N8 comes out better on paper but we found using it in the real world felt about the same: sluggish, though no worse than we’d expect for the price. You won’t have any problems running casual games such as Candy Crush and Pokémon Go, but don’t expect it to manage smooth gameplay on more sophisticated games such as Asphalt 8.

Unfortunately, the phone’s battery life is poor. In our video-playback test, the N8 lasted just 8hrs 44mins, which means it will struggle to last a full day on a single charge.

By comparison, the Smart Prime 7 achieved a much more impressive 12hrs 55mins.

Having Android N is a significant boon on such a low-priced phone, and it’s installed without any annoying skins or launchers. There are a few Vodafone apps but they’re easily removed.

Perhaps the biggest gain is the camera, which has been boosted from 8 megapixels in the Prime 7 to 13 megapixels.

Performance, especially in HDR mode, is impressive for a sub-£100 smartphone and we found it offered good color reproduction, good results in low light and our test snaps were bursting with detail.

Alongside the regular camera and video modes, there are 360-panorama, time-lapse and video-snapshot modes.

The Vodafone Smart N8 has a good range of new and improved features over last year’s Prime 7, such as a better camera, the inclusion of a fingerprint reader and its latest Android Nougat operating system. However, its poor battery life and sluggish performance let it down.

It’s still great value for money but if you can afford to spend more, you’ll inevitably end up with a better phone.