NOT QUITE AS FAST AS CLAIMED…

Make no bones about It, if you’re building a new home, you need to install Ethernet into every room in the home, leading back to a central closet where you can host an 8-port switch. If you own a home, we highly recommend saving up and spending the $500 or so that is required for an electrician to come in and install Ethernet into your major areas. But not everybody has that choice, such as renters, and those who don’t want to spend such large amounts of money. This is where Ethernet over Power kits are incredibly useful, and they’re far more reliable than they used to be. Sure, they still rely on the condition of your electrical wiring, and if you want to connect two points in your house they must be on the same circuit, but they’re proving to be a very convenient method to get near Gigabit speeds for a small price. Well, TP-Link is going one better, promising 2Gbit/sec connection speeds over your power lines using the HomePlug AV2 standard, one of the first companies to do so.

Compared to the older AV1200 model, the new version uses slightly more bandwidth over each powerline to achieve these faster speeds – 86MHz versus 67MHz of the prior version. Before we look at the real world performance delivered by these kits, let’s take a look at the connectors themselves. 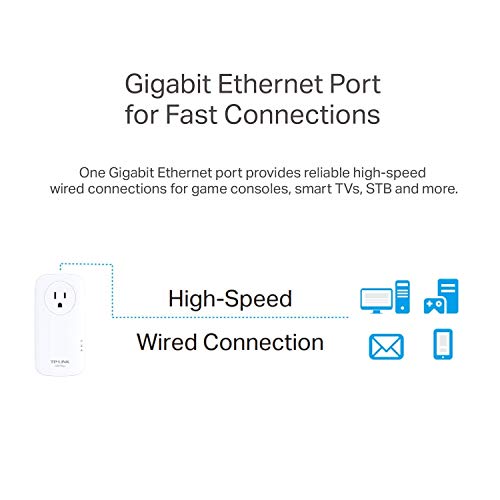 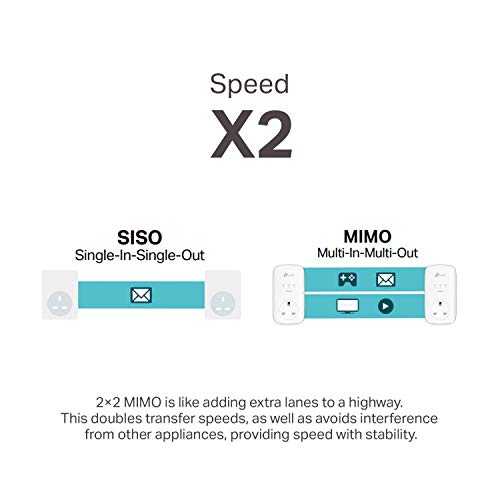 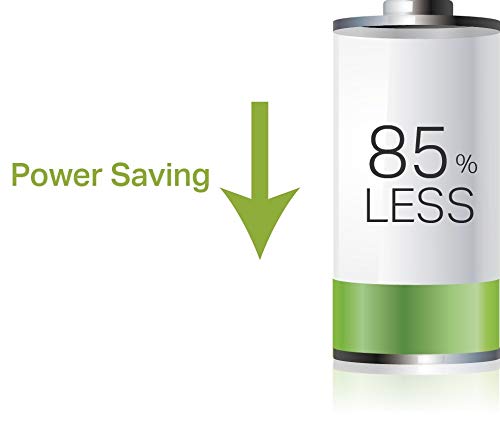 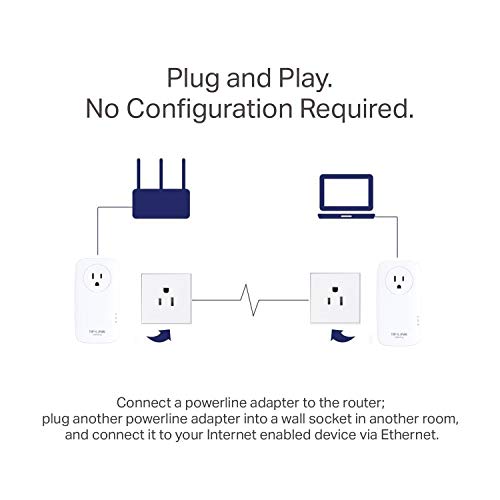 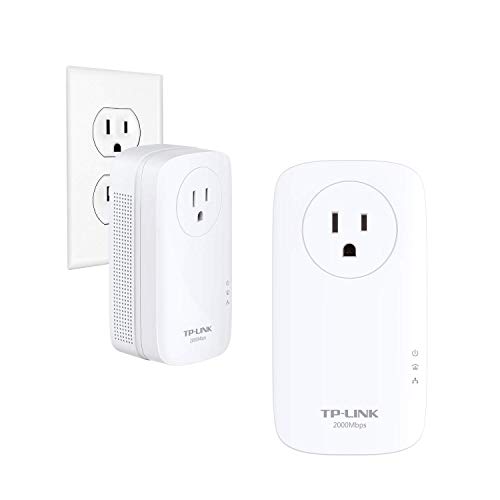 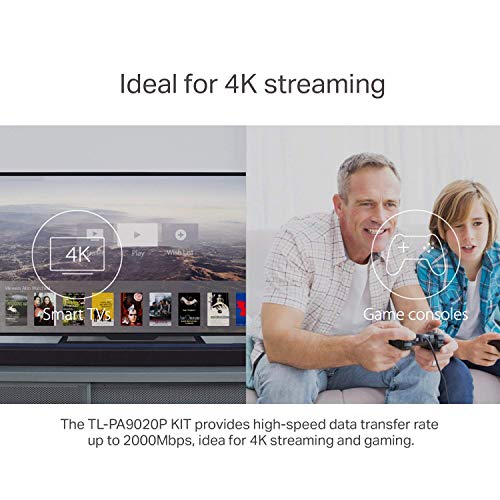 Two are included in the box, and they’re rather large, making squeezing them into a crowded powerboard a pain in the butt. Each measures around 12cm by 5cm by 4cm, to give you an idea of where you’ll be able to fit them – most double wall adaptors will find the second power point covered by this. We prefer EOP adaptors that have a small power cable, allowing them to easily fit into congested power points. At least these adaptors have pass through power points, so you can plug other gear into them, without losing a power point in the process.

A feature that is unique to this kit is that each adaptor comes with not one, but two Ethernet out adaptors. In the past we’ve simply hooked up a switch or router to each EOP outlet, but if you only need to attach two devices this removes that need entirely.

Setting up the kit is kid’s play – just plug them into each power point, and if they’re on the same power circuit the powerline LED on each adaptor will glow solid green. If there’s no connection, it’ll simply flash, and you’ll be out of luck (a good way to test to see if two power points are on the same circuit is to plug a lamp into all of your power points, and then flick the circuit breakers off one at a time – if they both go out when one switch is flicked, they’re connected on the same circuit).

Setting it up this way is unsecure though, so you can also set up a secure network. Simply hold the pair button for one second on the first adaptor, then do it again on the other adaptor within two minutes. This enables 128-bit AES Encryption.

So then, performance. We have to say that our results could be very different to yours, depending on the quality of the power lines. We’d just moved into a renovated warehouse when testing this kit, so our results aren’t comparable with earlier EOP kit. However, the result of 484Mbit/sec was rather impressive over a range of approximately 20 metres -nowhere near the 2Gbit/sec advertised on the box, but that’s normal for EOP kits, and a damn sight faster than Wi-Fi. We’re sure it’d be even faster in a newer house with better quality power lines.

With twin Ethernet ports, pass-through power points and 128-bit support for the new HomePlug AV2 standard, TP-Link has delivered one of the most modern EOP kits on the market. It’s a little pricey though, especially if your power lines are the limiting factor, where an $80 kit will do just as good a job, so bear that in mind before whipping out your wallet.

It might not deliver the promised 2GHz, but it’s still damn quick, without the hassle of having to rip up floors or call in electricians.

NOT QUITE AS FAST AS CLAIMED...

Uncategorized 1
About
Find out how well products perform with the help of Top New Review's comprehensive tests. Top New Review use some of the most exhaustive testing ...
Site Links