Active subwoofer with 13.5in driver

THE MARKET FOR heroically powerful subwoofers seems to have legs at the moment, and new arrivals are turning up all the time. So if you’ve been a long-standing producer of big, potent subwoofers like American brand SVS, it’s time to up your game a little. 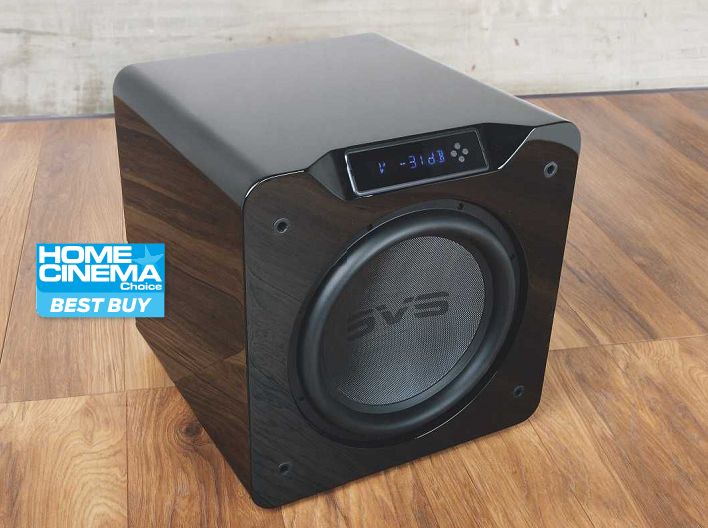 This explains the brand’s new 4000 Series, a replacement for its long-running ’13’ models. As before, it’s available in sealed, ported and cylinder forms and the SB-4000 tested here – the sealed version – is once again the smallest member of the family.

Not that it’s actually ‘small’ by any stretch of the imagination.

One thing that remains unchanged from the preceding model is the driver size. This is still 13.5in, with a twin-magnet assembly that weighs nearly 20 kilograms on its own.

It uses an edge-wound voice coil to better apply power to its stiff, lightweight composite cone, with a heavy-duty injection-moulded gasket, and long-throw surround, aiming to keep it healthy and maximise excursion.

As with previous SVS subs, power comes courtesy of a Sledge amplifier (1,200W) – a combination of Class D amplifier with a discrete output stage in a manner more reminiscent of a traditional Class A/B design.

Where the SB-4000 is significantly different than its predecessor is with its control interface, which is more closely related to the SB16-Ultra and PB16-Ultra models released last year [see HCC #270]. So gone is the selection of knobs and dials on the rear panel, replaced by a menu-driven control system that sets crossover, phase (which can be set in one degree increments for proper control freakery) and DSP settings. To further help with this, the leading edge of the subwoofer’s front panel now includes a display to give you feedback on the setting engaged at the time, and a remote control is also supplied – although it’s rather small and potentially easily lost.

The user experience is then boosted by a Bluetooth- based control app (iOS, Android) that allows you to tinker with the settings of the SB-4000 from your listening position rather than peering over the back of it. I found the iOS version of the app to be more stable, and it connected instantly. The Android iteration, however, proved a little less willing to get going.

The sub itself is very recognisably an SVS. The chassis is MDF, and some parts of it are two inches thick. This means that the SB-4000 weighs 46 kg unboxed – thankfully a huge amount of effort has gone into the packaging, allowing you to unpack it without herniating yourself.

Build quality is superb, and the sub looks rather fetching, even if the metal grille is a little on the industrial side.

The price of our black-gloss sample is more than a less natty black ash option. A sealed design means placement is easy enough, although this isn’t a bass bin that vanishes into most rooms.

The standard acid test of subwoofery, those sensational opening notes of Edge of Tomorrow (Blu-ray), are delivered by the SB-4000 as genuinely subsonic, and its room-loading capabilities prove outstanding. Moving onto the initial beach landing sequence, the experience is every bit as visceral as you might expect from a 13.5in, 1.200W woofer, with bass effects being delivered with the same effortlessly clean and deep force that was present from the movie’s beginning.

What becomes apparent quickly is that the SB-4000 is not simply in the business of rattling internal organs. The power available is harnessed in such a way as to be almost delicate at times. The shootout sequence with the undercover cops in getaway-driver caper Baby Driver (Blu-ray) never loses the musicality built into the scene, while still serving up gunfire that you can feel as well as hear. SVS’s driver starts and stops with impressive speed for something as large as it is.

Pretty much regardless of what you choose to play on it, the SB-4000 is almost impossible to unsettle.

The extremely potent rumble of the kill droid rolling around in The Incredibles (Blu-ray) is absolutely superb. The sound here is more about being felt rather than heard, but there are the fine details of its movement to pick out.

Even used with comparatively tiny satellite speakers and a high crossover, bass integration is excellent, although I did find I got better results using a line-level input from my Yamaha AVR (bypassing its onboard processing), than via the LFE feed.

My only real criticism of the way the SB-4000 behaves is a slightly odd one. This is a superbly controlled subwoofer, aided by some clever DSP, but there are times when I’d love to be able to make it a little more boisterous. Compared to the GoldenEar SuperSub XXL [see HCC #274], which can be persuaded into great hulking slabs of unnecessary low-end if you ask it nicely, the SVS stays absolutely controlled. I’d almost like there to be a ‘Ludicrous’ setting in the SVS Bluetooth app (to join the Music and Movie presets), which I could select when I wanted to behave like a five-year-old.

Criticising a piece of peerless engineering for being a bit too well engineered is somewhat irrational, though. What the SB-4000 delivers is almost the textbook definition of great home cinema bass; deep, clean and fast, and easily integrated with your chosen speaker system. It isn’t cheap and requires a fair amount of space, and you might expect an app-controllable device at this price to come with an automated room calibration routine, but the SB-4000 remains a truly excellent subwoofer. If you’re shopping around this price point, it needs to be on your shortlist

We might want it to be a bit rowdier at times but the SB-4000 is a peerless bass generator and hugely accomplished. Plenty of setup/tweaking flexibility too.

We might want it to be a bit rowdier at times but the SB-4000 is a peerless bass generator and hugely accomplished. Plenty of setup/tweaking flexibility too.

Image quality may be a little sub-par, but the DTS-HD 5.1 track accompanying this nifty thriller is a treat, with a music-infused soundtrack that puts your subwoofer through its paces. The 4K release gets an Atmos version. 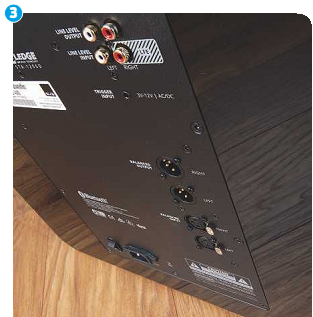