The next-gen Chromebook is here (if you buy it)

Part Chromebook and part Android tablet, the 12.3-inch Samsung combines a 360-degree convertible laptop design with a 3:2 screen suited for tablets, and debuts stylus support on a Chrome OS device for the first time ever. 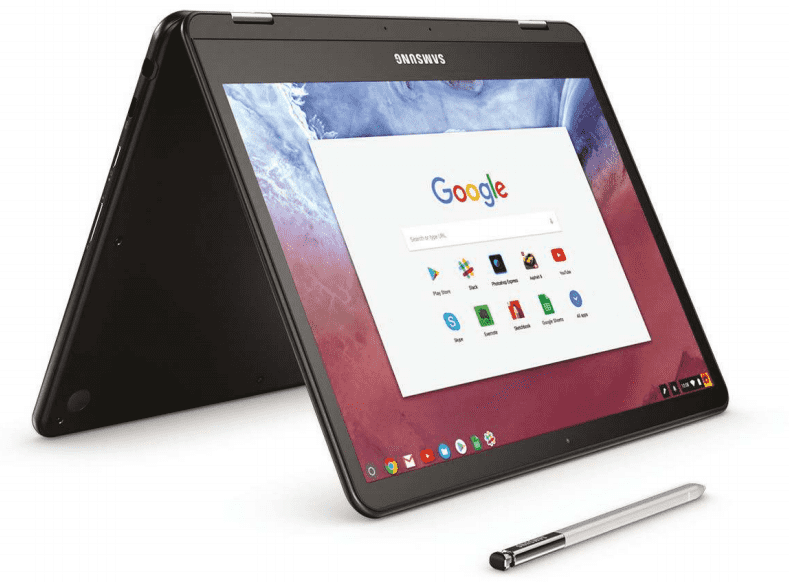 Above Our preproduction model was silver, but the retail version is jet black

We had an opportunity to review a preproduction model, and our review configuration (you’ll have to buy and ship it from the US), which is a smidgen more expensive than the excellent Asus Chromebook C302. However, that extra 40 pounds nets you a sharper QHD 2,400×1,600 display, plus the built-in stylus, but half as much storage as inside the Asus. For now it appears the Samsung Chromebook Pro has only been announced in the US, but we can’t imagine that it won’t be coming to UK and Australia soon.

Weighing in at a scant 1.08kg, this all-metal Chromebook is the lightest device in its class and a featherweight compared to most laptops. The Pro is also incredibly thin (at 1.4cm), but it’s not flimsy. The all-aluminium build makes it sturdy and flex free.

One key difference of our preproduction review unit is that the retail-ready model’s exterior is be jet black, making it look even more professional.

The Pro features a 3:2 display you’d expect to see on tablets. Sadly, this squarer aspect ratio doesn’t jive with widescreen video in 16:9 and 21:9 aspect ratios. TV shows and movies are in letterbox format, leaving thick black bars above and below the picture.

One other unfortunate side-effect of the boxy proportions is it ends up making for a cramped keyboard. It has almost no room to stretch out, resulting in smaller overall keys, snipped Shift keys, 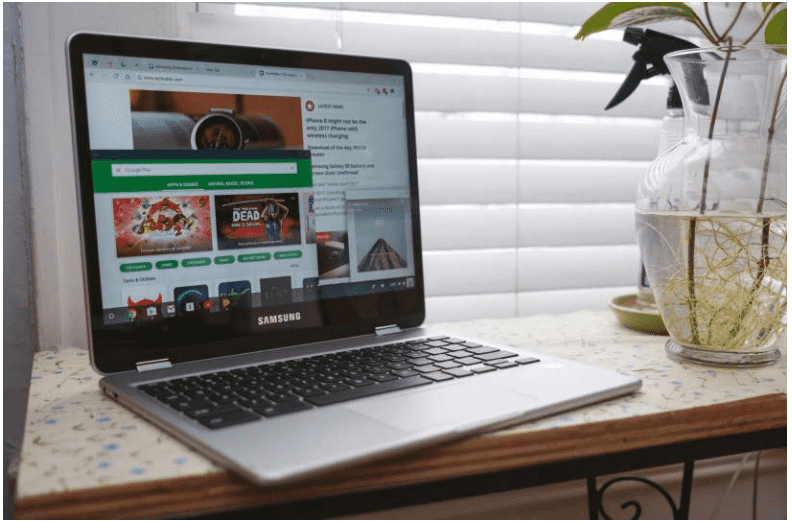 Above The keyboard layout feels cramped, although you get used to it after a while

and – worst of all – a Delete key that’s a quarter of its normal size. It’s an uncomfortable typing environment, but one you can get used to after several days with the Chromebook.

Samsung calls the Chromebook Pro a new class of device designed with the Play Store in mind. To this end, it comes equipped with gyroscopes and accelerometers. More importantly, this is the first Chromebook with a built-in stylus; pulling it out of the side immediately gives you a few options to add a new note, take a screenshot or use the pen to direct an on-screen laser pointer during presentations.

For writing and sketching, the stylus feels extremely natural and precise. Samsung has finetuned the friction between the glass and pen to make it feel like writing on paper. The stylus is also pressure sensitive, so pressing it harder against the screen will change the shape of your strokes.

Google and Samsung have developed software that reduces latency while using the stylus. Using Google’s cloud and machine learning technology, the two firms analysed thousands of handwriting and artistic strokes to predict where the pen will go.

All that predictive software comes baked into the Chromebook Pro, so don’t worry about Google logging your strokes or needing an internet connection for a smooth writing or drawing experience. The Samsung is capable of a lot, including streaming 4K media, thanks to its Intel Core m3- 6Y30 processor and 4GB of on-board memory. That would normally be overkill for most Chromebooks, but Samsung’s latest Chrome OS machine puts all that power to good use for driving a QHD screen and running more demanding Android apps. The higherresolution screen, of course, also makes an impact on battery life. Sure, running our standard battery test for nearly nine hours straight and putting in seven and a half hours of work will be fine for most – but there are longer-lasting Chromebooks out there.

Fold back the display and the Samsung Chromebook Pro feels as natural as using any Android tablet. The 3:2 screen gives it the familiar shape of a tablet that’s great for reading content from articles and eBooks. With Android apps at our fingertips, we also used Netflix and YouTube to download offline videos for our long commute.

Google tells us the retail version has a stable release of software and full access to the Play Store. Whether it’s running on beta software or not, Android apps run almost perfectly. There’s still the occasional hitch, such as apps not scaling text properly, but we can only hope this will improve in the future.

Designed for the Android-fused future that Google is pushing.

This is the perfect Chrome OS device for users needing an Android tablet for 70 to 90% of the time that flips back into a traditional laptop for writing emails and the odd article. If your use case is the same, this is the hybrid you need.

Designed for the Android-fused future that Google is pushing. This is the perfect Chrome OS device for users needing an Android tablet for 70 to 90% of the time that flips back into a traditional laptop for writing emails and the odd article. If your use case is the same, this is the hybrid you need.