Integrating Windows with Linux has never been easier, thanks to the power of Robolinux.

To gamer a user base, both established and new distributions need to offer something a bit different without over complicating the user experience. Its a surprisingly tricky balance to get right. Robolinux wont be a new name to a lot of Linux enthusiasts, but it has undergone some big changes to pioneer some intriguing features and improve its desktop experience. 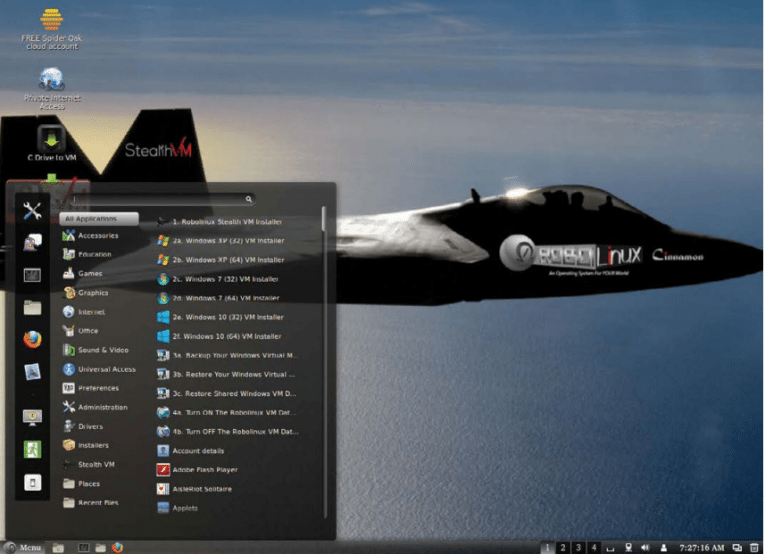 Perhaps what will please most users that are considering giving Robolinux a try is its deep integration with MS Windows. There’s support for all native Windows programs and different variations of the OS can be installed through Robolinuxs one-click system. No matter what Windows program that you’re looking to integrate, there’s no slowdown in performance. A few of the more graphic-intensive programs can be CPU intensive, but that’s more down to Windows than any problems on the Linux side of things.

Robolinux boasts the easiest integration from Linux to Windows that we’ve seen in some time, and even more so if you want to switch up which version of Windows you’d like to use on the fly. It’s important to know the limitations of your own desktop, however, as trying to install incompatible versions of Windows will simply lead to complications. Know your hardware’s limits and you should be fine.

When not making use of its Windows capabilities. Robolinux has enough about it to be a successful standalone distribution. There’s a multitude of customisable options to change how your desktop looks: new app docks, backgrounds and layouts are just some of what’s available. Despite being plentiful, there are some options that don’t work very well and we’re not quite sold on the idea of a 3D desktop just yet.

Another example of Robolinux looking to be the must have all-in-one distribution is with the staggering amount of free software it includes. There’s a lot bundled in, but while all the staple Linux products are included, there are some great alternatives worth checking out. Again, there are one or two duds that don’t really step up to the mark, but these are few and far between. For both new and seasoned users alike, it isn’t a massive issue to remove existing programs and replace them with your own, but in the case of Robolinux. its more of a nuisance than anything else. 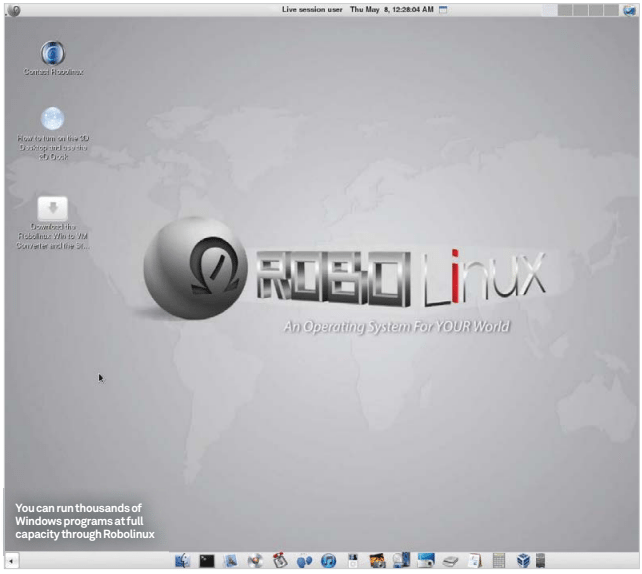 One of the key areas that Robolinux has repeatedly boasted about is its ease of use. and during our time with it. we’re pleased to say that it was able to back up its claims. Moving around the desktop is an absolute pleasure, and everything from installing your first application to changing your background can be done in a few seconds. Being based on Debían also helps in certain areas, especially if you’ve prior knowledge when moving across to Robolinux. That’s not to say that advanced users aren’t catered for. as the distribution has enough about it to provide a great platform to build your own customisable desktop experience. Robolinux leaves the bulk of choices firmly in your hands.

Robolinux makes a lot of claims and its able to back them up most of the time. Its ease of use and customisable elements are nice additions, but it’s the distribution’s integration with Windows thats really caught our eye. Trust us, it really is that good. Despite the odd unruly program and a number of superfluous Linux programs bundled in with Robolinux. this is one distribution that tries something new and succeeds.

We wholeheartedly stand by Robolinuxs claim of being a user- friendly and customisable distribution for both new and seasoned users alike. But its standout feature has to be its deep Windows integration. Installing Windows and all associated programs on to a Linux desktop has never been as easy as what Robolinux has managed to achieve here.