We recall the first version of a great Linux distro

October 2004 promised to be an interesting month in the Linux community, as Canonical was releasing its very first distro.

The September before had seen a collection of adverts announcing the release, and the community’s interest was piqued. Here, it seemed, was a distro that brought us the power of Debian’s package manager, the user-friendliness of Mandrake and the lightweight speed and responsiveness that Slackware boasted. 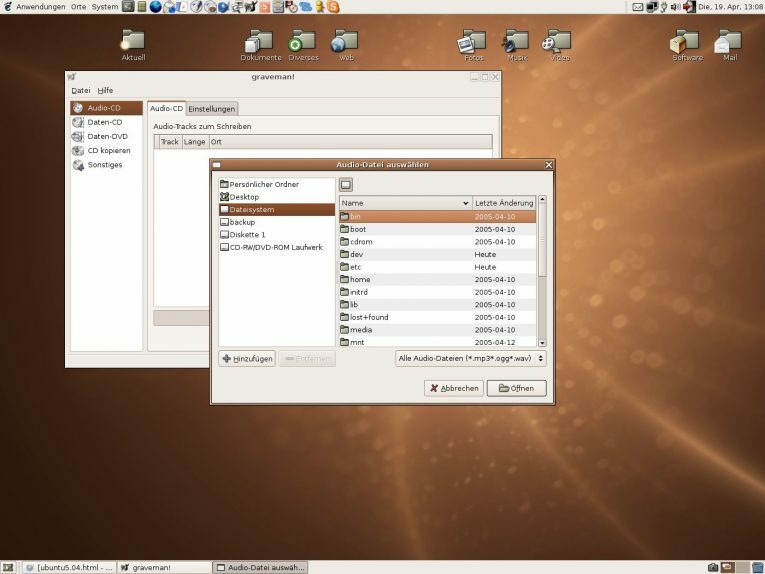 We also liked the marketing around the unfamiliar name, Ubuntu, which we learned was an African word meaning humanity to others. The code name. Warty Warthog, sparked some interest too, because it indicated a sense of humour.

The CD was available from the covers of a number of magazines, or you could email Canonical, and it would send you the CD pack. The pack contained the disc itself, along with a brief leaflet highlighting the features of this new distro. There was even a small poster included, with some packs showing the familiar brown background and a group of people holding hands in a circle.

The disc also features a short video with Nelson Mandela, who explained the meaning of Ubuntu and how it was something that described an open society. Once installed, that video also appeared in the Videos folder.

All of the above made for something different, which is what stirred the community into accepting Ubuntu despite the few flaws that the distro had in those early days. As the distro matured, so did its look, changing the default wallpaper, fonts and finally the desktop environment from Gnome to Unity with 2011 ‘s Ubuntu 11.04 (the Natty Narwhal).

Other controversial additions to the OS followed, but the distro has managed to retain its userbase well enough to make it one of the most popular Linux distributions available.

The emphasis for the new distribution had several points that it needed to hit before it was released to the public. For one (and the most important aspect of the distro), it had to be user friendly. It had to be able to bridge the gap between a desktop Linux and a server-based version of the OS, so Canonical could focus on providing services rather than concentrating all of its efforts on the OS itself. A live desktop was required, to allow users to experience the OS before committing to an installation, and it had to work with the vast majority of available hardware.

The desktop was clean, simple and bright, but it also packed in a fair amount of features. With Gnome 2.8, Firefox 0.9, Evolution 2.0 and OpenOffice 1.1.2, Python 2.3, Gimp 2.02, Nautilus 2,8 and using Kernel 2.6.7, Ubuntu 4.10 caught on and quickly became a popular choice for both beginners and more advanced users -enough to have Canonical add the “third most popular OS in the world” tagline to later installations.

The decision to send a free-post CD to those who emailed in was Shuttleworth’s idea and one that is still applauded to this day.

4.10 made way for 5.04 in April the following year, with 5.10 the following October. The naming convention stuck and this year we’ll see the launch of 16.10 Yakkety Yak.

A simple, fast and clean-looking Linux that was ideal for beginners.

It wasn’t brilliantly stable and hardware detection had problems, mm

• The Computer Janitor tool, which was removed in version 11.10, frequently had the habit of wiping the system.

• There are a reported 40 million Ubuntu users worldwide.

• Since version 4.10, Ubuntu has become the world’s most popular cloud OS.