REGA RX1 Review – The RX1 pitches into a competitive sector  of the loudspeaker market, but Ed Selley  thinks it has what it takes to succeed

In the wake of the consistently strong performance of pretty much every piece of Rega electronics we’ve looked at over the last few years, it can be easy to overlook that the company also produces loudspeakers. Neither is this a recent development – the first Rega speaker broke cover in 1980, so the manufacturer has been at it longer than many dedicated rivals.

Where it stands out  is the eff ortless  sense of joy that it  brings to any music.

The RX Series is the latest range of speakers from the company and represents a small but noticeable move upmarket in pricing terms over its predecessors. There are three models in total, of which the RX1 is the smallest. This is a two-way, rear-ported standmount that at first glance looks pretty conventional, although it hides some interesting features behind that outwardly normal appearance. 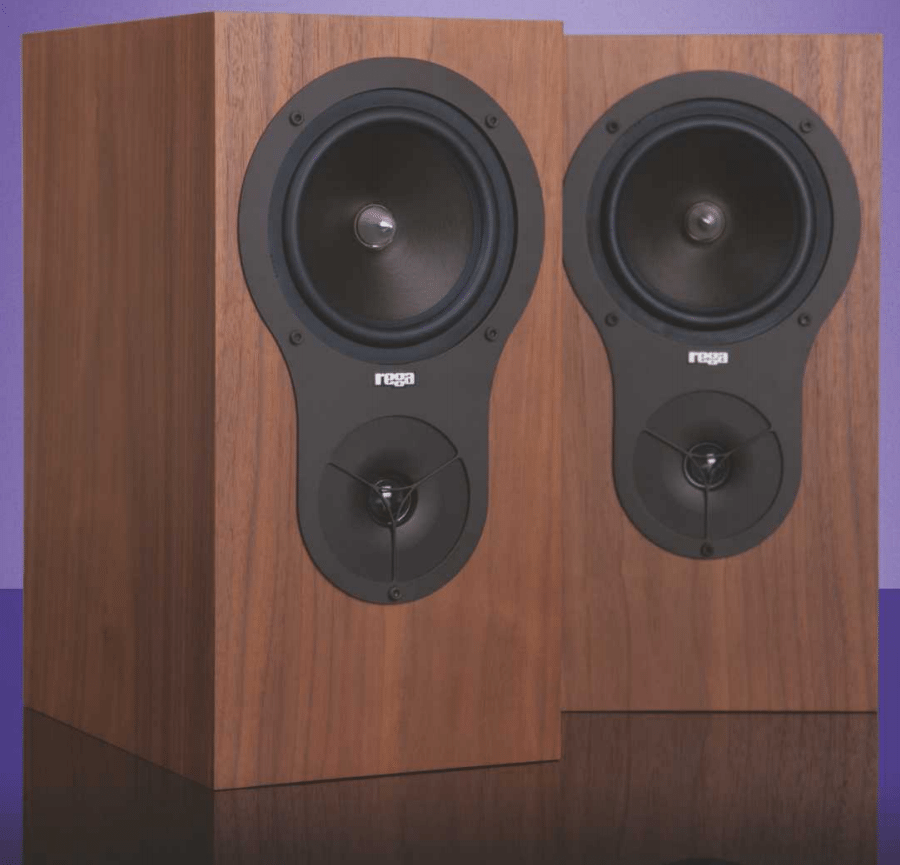 Don’t be fooled, there are some really interesting features behind that rather run of the mill exterior

Chief among these is Rega’s Zero Rear Reflection (ZRR) tweeter technology. In order to minimise the problem of reflected energy from the rear of the tweeter enclosure being radiated back out of the front of the speaker with sufficient delay to be an irritant, many companies build tweeters with a hole in the pole piece to reduce these reflections, but Rega takes the process a stage further and uses a hollow cylinder for the pole piece. This means that any energy from the rear of the tweeter is radiated into a specially designed enclosure from where it is unable to escape out again.

The mid/bass driver is more conventional, but is still built specifically for the RX speakers.

Called the DX-125, it is a doped-paper type driver with fixed-phase plug.

Although notionally a 5in driver, the measurement is edge to edge, which means that the radiating area is a little smaller – more in the 4.75in range. In keeping with many recent Rega speakers, the RX1 mounts the mid/bass driver above the tweeter.

The cabinet is an internally braced MDF design that is relatively narrow, but fairly deep. It is augmented by a rear bass port, but this doesn’t seem to produce much in the way of air movement and the cabinet seems content to be placed in close proximity to rear walls if you need to do so, and Rega makes a wall bracket for it, which is usually a good sign that walls aren’t much of an issue.

A single set of speaker terminals completes the lineup.

Externally, this is a clean and relatively simple design, but undoubtedly a handsome one. Rega has taken the decision to forego a full-size grille and instead places the tweeter behind a rather delicate-looking guard and the midbass driver behind a magnetic cover. This is at least an impressively stout piece of protection, which requires a substantial amount of effort to remove as it attaches magnetically to the bolts that surround the driver.

The RX1 is well assembled and feels solid and perfectly in keeping with speakers at this price point. The only slightly disappointing note is the veneer, which looks a little dull although it is very well finished and book matched. I have seen members of the RX Series in other finishes that look a little more interesting, but the effect isn’t as smart as some other speakers at this price point.

Setting the Rega up is simplicity itself. It is unfazed by proximity to walls and with a little toe-in, in part necessitated from my relatively wide speaker positions, performs at its best.

Without the toe-in, the soundstage simply doesn’t gel in a way that is truly convincing. Having done this, one other facet that is immediately apparently is that it is impressively sensitive. Rega quotes a figure of 89dB/W and this feels entirely believable in practise and means that the RX1 will be an excellent option for anyone looking to get a little more headroom out of their system.

Sound quality The good news is that the RX1 is more than a usefully sensitive design.

The combination of soft-dome tweeter and doped-paper midrange is not an especially radical one, but it imbues the speaker with effortlessly believable tonality. Listening to Radiohead’s Burn The Witch, it captures the sawing strings and Thom Yorke’s soaring vocals in a way that is both unfailingly believable and yet impressively intense.

The balancing act of ensuring that the listener hears everything that’s in a recording, but without losing the sense of the piece as a whole is another area where it is extremely assured. For a fairly compact speaker it never struggles to create a reasonable sense of scale and within that places voices and instruments together in such a way as to sound entirely convincing.

As you might expect, with a relatively small driver in a compact cabinet, the bass extension is adequate although there are similarly priced standmounts that can better its low end (see How It Compares). The bass that there is has detail and the same consistently believable tonality as the upper registers, but the RX1 won’t plumb the absolute depths of a track. Perhaps as a result it has seamless integration between the lower registers and the rest of the frequency response with no loss of output at any stage.

Where it really stands out is the effortless sense of life and joy that it manages to bring to almost anything you play on it. With the huge electronic soundscape of Leftfield’s Bad Radio, it attacks the track with a determination and sheer energy that is hard not to love. It has an effortless ability to keep even the most complex beats and drum effects sounding cohesive and this allows music to flow in a way that comes across as deceptively simple in isolation, but can completely elude other speakers.

Neither is this the preserve of high-energy, high-tempo music. Paul Simon’s Wristband fizzles with a sense of life and sheer fun that makes the RX1 a tremendously happy partner for it. When you combine this with the natural tonality that ensures that Simon genuinely sounds exactly like he should, the Rega makes a fabulous case for itself. You can spend several hours picking your way through a selection of music that is positively schizophrenic and it will handle everything and more importantly, do it justice at the same time. 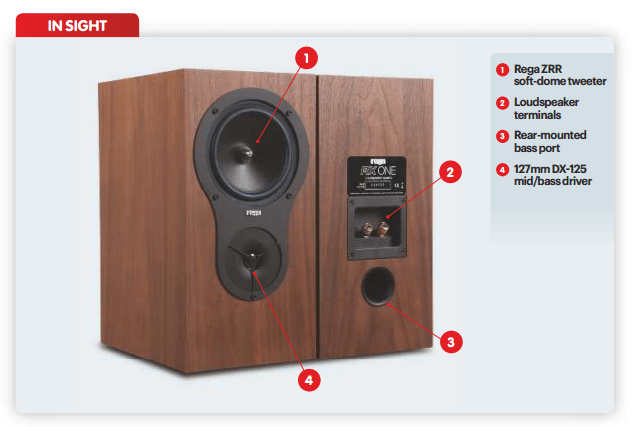 The final welcome facet of the performance is that even when driven hard with poor material, the top end stays impressively refined. Working out where the Rega’s unique tweeter technology makes it presence felt is not immediately obvious, but the overall result is that it generates a treble performance that is detailed, clear and free of any sense of congestion. Once again, this is helped enormously by the integration with the rest of the frequency response.

There is no sense of any tonal imbalance between the two drivers and at times, their partnership is such that you could be convinced that you are listening to an exceptionally wideband single-driver speaker.

Conclusion This is a speaker that eschews using exciting bits of the periodic table or the sort of design processes that would be more in keeping with racing cars for sensible engineering done well. And what is absolutely crucial is that it has very few obvious flaws.

It manages to deliver a performance that balances a genuine sense of realism and accuracy with an energy and joy that makes it a very rewarding partner across a huge selection of music. We might not automatically associate Rega with great speakers in the way we might do with turntables, but based on the RX1 maybe we should.