OpenShot Review – Ben Everard needs to edit his many cat videos, can OpenShot enhance the cuteness? 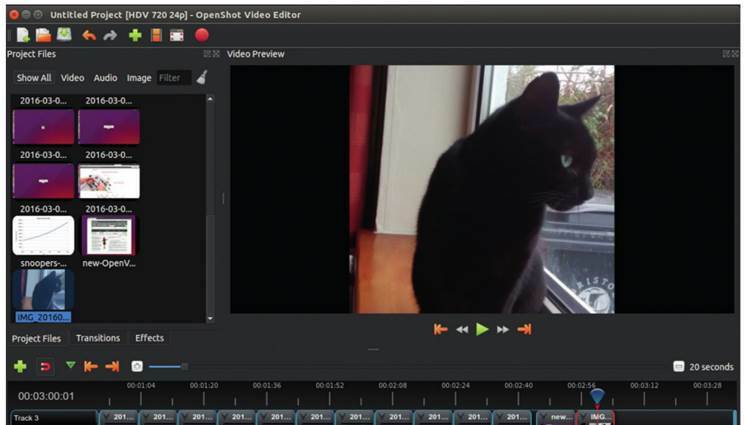 On 17 April 2013, The OpenShot project raised $45,028 in a crowdfunding campaign to develop version 2.0 of this video editing software with a target to release in December 2013. Development slipped, and the final version didn’t come out until early 2016. Version 2.0 represents almost three years of work to just about every area: the rendering engine has undergone a major rewrite, the interface has moved from GTK to Qt, and the software now runs on OS X and Windows as well as Linux. Hopefully this will bring in a larger pool of users which in turn will mean more people to find bugs and develop patches.

There are only a couple of new features in OpenShot 2.0- most of the work has been tidying up the existing features rather than adding new ones. The Split Clip and Timeline dialogs do make it easier to construct videos, the former being used to manipulate long videos and the latter used for constructing videos out of a large number of short clips. 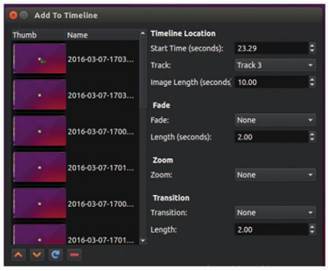 Our biggest complaint with earlier versions of OpenShot was the stability. During our editing with OpenShot 1.x, we found that crashes were part of the normal workflow. OpenShot 2.0 did crash during our testing, but nowhere near as frequently.

The new Timeline dialog is perfect for making video slideshows from a collection of photos.

Had OpenShot 2.0 met its delivery target of December 2013, it would have been without a doubt the best video editor on Linux at the time.

The problem is that the last three years have seen a renaissance in open source video editing. Pitivihas also had a significant funding drive, Lightworks on Linux is now considered stable, and Kdenlive continues to improve. In this competitive landscape, the new and revamped OpenShot can still hold its own, particularly with people who only do occasional video editing, because the interface is engaging and easy to use.

A great interface pushes OpenShot to the front of the increasingly competitive field of Linux video editors.