This good-looking router secures everything on your network. But while web-browsing range is impressive, it’s poor for online gaming. 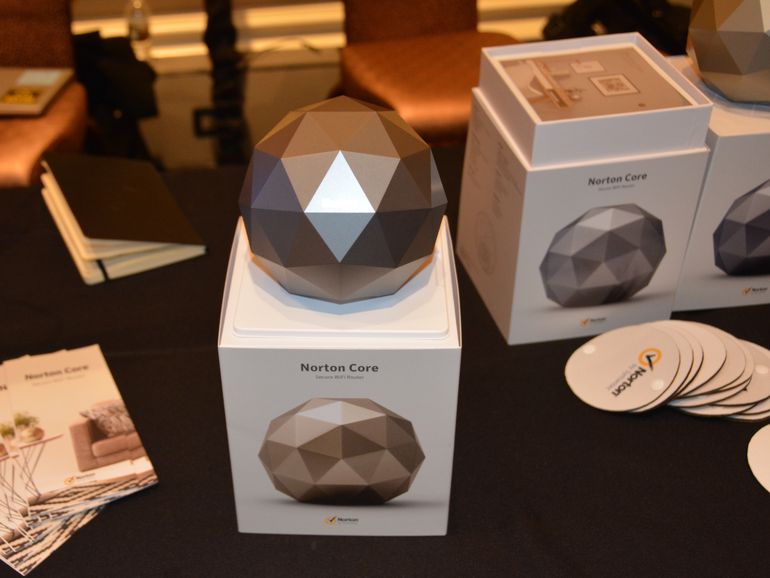 Norton has intruded into the wireless router space like one of the cyber-nasties that it’s traditionally known for keeping away. But its presence is a breath of fresh air: not just because it has thumbed its nose at the history of router dogma by forcing all configurations to go through a mobile app instead of fiddly browser settings, but because it looks so dang good. The geodesic dome looks more like something you’d want to show off than hide and, for some, this alone will be reason to buy it.

Setting it up resembles the process we’ve come to expect with wireless mesh networks in that the mobile app sets the password, automatically updates the firmware and then everything just works straight away. Norton has even combined its 2.4GHz and 5GHz bands into one network which dynamically adjusts itself as you move around your home, ensuring that you’ve always got the fastest connection speed.

Its range is impressive too. Using Ookla’s SpeedTest, an iPad Pro and a solid Telstra cable connection (115/5Mbps) it maintained a full wireless connection speed up close and only dropped to 50 per cent when one floor up (as with other routers). It also managed a usable 30Mbps two floors up which no other rival has managed without using an extender.

But it’s not perfect. When streaming more than three video streams it could stutter a little. This is no deal breaker but its online gaming performance will be for many: no matter how many settings we adjusted, we constantly suffered horrendous lag spikes.

If you’re not a gamer (or have many kids streaming video) it’s still worth your attention though. Coming from Norton it of course oozes security features with everything on your LAN being protected at a network level. This includes all IoT  devices like webcams, doorbells, NAS boxes and TVs by using Norton Core Security Plus software that self-updates in real-time. A one-year subscription is included and will cover 10  other mobile devices outside your network. At $18 per month thereafter it’s certainly not cheap but at least it’s offset by not needing to buy separate  Internet Security software for your devices. As a rough yardstick to compare, Norton currently sells its Security Premium software for five devices.

The mobile app lets you configure every typical router setting although adding ranges for Port Forwarding can’t be done. However, it’s the device | control and advanced Parent Controls that steal the show. You can easily see every device that’s attached to the network and control access to them. You can also assign people to different devices and control how  many hours they can access the internet each day for plus set a bed-time cut-off.

There’s also category-based content blocking: while this is far from infallible, you  are notified if a cheeky teenager triggers one of the successfully-blocked sites so you’ll still know if they’re  up to mischief.

It’s not cheap and the ongoing subscription will add to the expense. However, if you’re not a gamer and are worried  about being hacked on any of your domestic devices, in terms of looks, features and performance, this is one of the best wireless routers you can buy.

Decent range and performance, but it struggles with multiple video streams.