Weak Wi-Fi is a common curse and many of us suffer dead spots, unreliable connections and slow speeds in our homes. You can try to solve the problem by running Ethernet cables around your house or installing Wi-Fi range extenders, but these can be complicated to configure and may only fix half the problem by delivering improved range at the expense of speed. 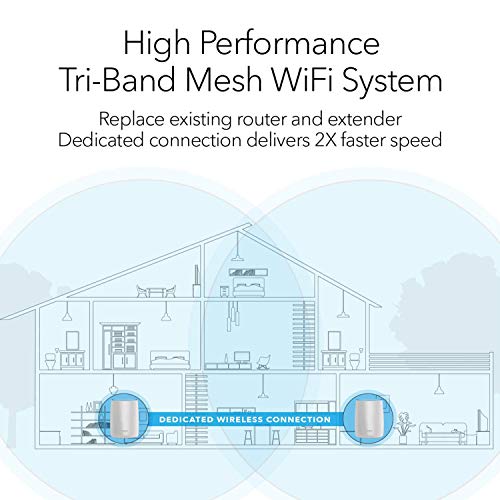 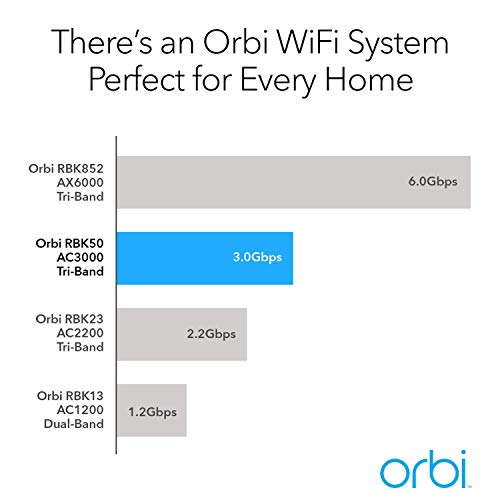 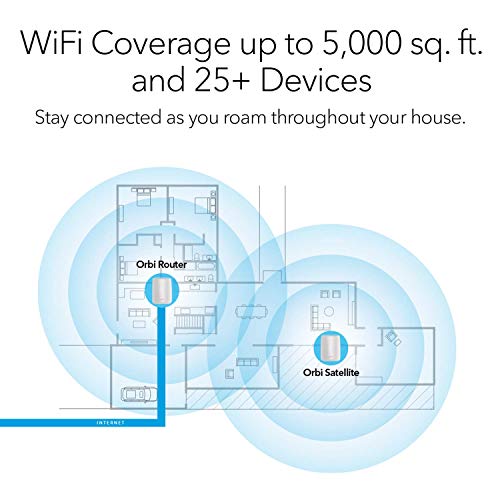 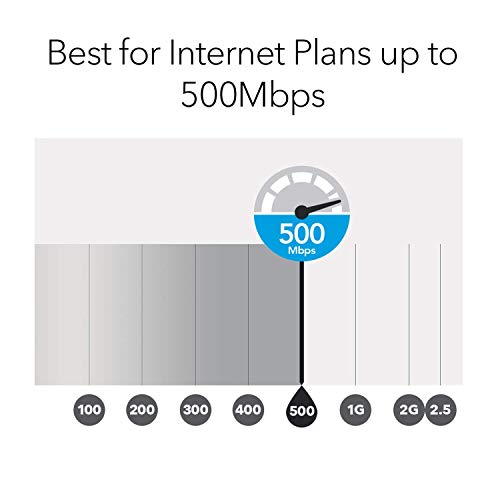 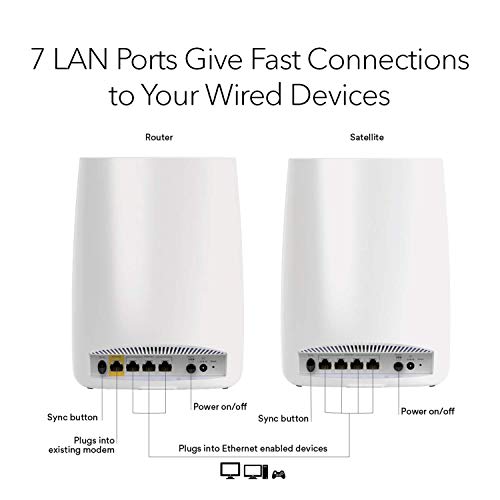 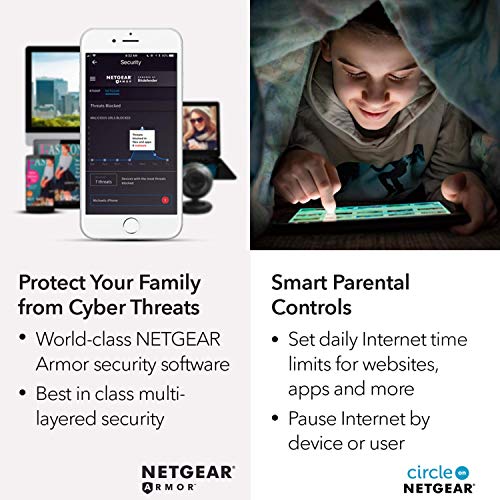 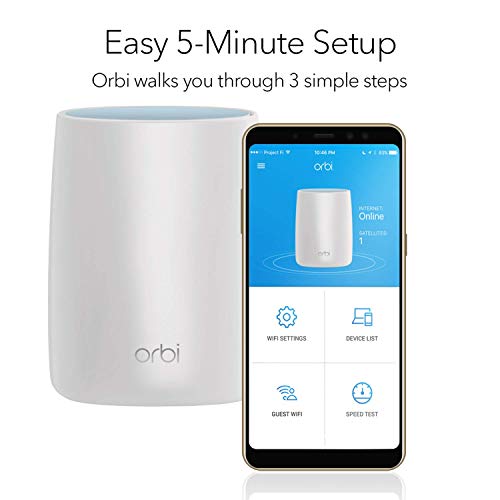 Netgear’s Orbi system offers a different solution by using two routers linked by a dedicated wireless network (called the ‘backbone’) to ensure a solid, superfast connection. You plug one router into your broadband (via an Ethernet port, so you’ll need an existing Ethernet modem or router to connect it to) and place the second ’satellite’ router in the middle of your home to extend the network’s coverage.

The backbone is a dedicated 1.733Mbps (megabits per second), 802/11ac 5GHz network that’s used exclusively to transfer data between the two Orbi routers. Each router then provides an additional 866Mbps 802.11ac 5GHz network and a 400Mbps 2.4GHz network, and your Wi-Fi devices connect to whichever router is nearest.

If that’s the satellite, the high-speed backbone should ensure you don’t experience any slowdown in Wi-Fi speed.

The bandwidth available to the backbone also means that there’s room for expansion, so you can buy additional satellite units to expand your network further.

Setting up the starter pack couldn’t be easier. The main router and the satellite come already paired, so all you have to do is connect the main one to your internet connection, then position your satellite and power it on.

Usefully, the satellite unit displays a colored LED that glows for 10 seconds to show your network strength: blue indicates that the connection is good, amber means fair, and pulsing magenta means there’s no connection.

The web-based wizard then takes you through configuring a new admin password and providing your Orbi system with a new wireless network name and password. Settings are automatically synchronized between the router unit and satellite to create a single network in your home. This is an improvement on the way many Wi-Fi extenders work, which create a separate network in addition to the one operated by your router.

Once you’re set up, the Orbi’s settings can be managed through a standard web interface. If you’ve ever owned a Netgear router, the Orbi’s tools will be familiar, although you don’t get as many settings to tweak. For example, you can’t split the 2.4GHz and 5GHz networks. Instead, the Orbi uses ‘band steering’, which detects the capabilities of the connecting device, checks the current load and network strength, and automatically connects it to what it considers to be the best network. So you can’t control whether your devices use the 5GHz or 2.4GHz networks, but the overall result should provide better stability and faster speed.

We placed the main Orbi router where our internet connection enters the house and put the satellite on the first floor. At a range of five metres, we saw a throughput of 384Mbps; on the first floor, we got a throughput of 318Mbps; and on the second floor, 191Mbps. While close-range speeds are excellent, rivals such as the high-end Netgear Nighthawk X8 perform better at a distance.

Unplugging the satellite didn’t make much difference to these results because the main router’s location already provided good coverage in our test house. We then moved the satellite to the kitchen, to see if it could improve reception at the far end of the property and into the garden, and the results in this case were more marked.

The Orbi devices have all the features you’d expect in a modern router, including port forwarding, dynamic DNS settings and Netgear’s excellent web-filtering. However, it failed to stream internet-based YouView channels such as BT Sport, although Netgear has plans to release an update soon that will manage this.

This could make the satellite a useful addition to an office or at the back of a TV, where you may have a collection of wired devices.

All that said, the Orbi is very expensive and perhaps some of this is down to the aesthetically pleasing appearance of its units. Most high-end routers are designed to appeal to tech-heads who want a device that looks like it could send a Wi-Fi signal to Mars. That’s fine when the router is tucked away in an office or behind a load of other electronics, but displaying it in the middle of your house may elicit a less enthusiastic response from family members who don’t want their living space dominated by something so utilitarian. The curved, aerial-free casing of the Orbi is far easier on the eye, and more reminiscent of a vase or the base of a lamp. It still needs a power cable, so pride of place on the coffee table isn’t an option, but it looks a lot better among your household furnishings than the usual spiky monstrosity.

Overall, the Orbi is a smart system. We found it delivered rock-solid Wi-Fi to our entire house so if you’ve struggled with poor Wi-Fi performance in the past, then this router could well be the answer.

But it’s far from cheap.

If you can physically relocate your existing router closer to the middle of the home, you may be able to improve your Wi-Fi performance. However, the Orbi’s plain, unassuming design is better suited to blending in with your decor.

See our cover feature on page 38 for more advice about speeding up your Wi-Fi.