Meters Music may seem like a new player to the headphone scene, but it’s actually an offshoot of Ashdown Engineering, a company that makes bass amplifiers for acts like Lenny Kravitz and U2 amongst others. Meters Music was established to better differentiate their consumer products from their professional ones, and the OV-1 is one of their first ANC headphones.

It showcases a working VU (volume unit) meter on either side, and oversized ear cups with plush cushioning that easily engulf your ears. Despite being actual working meters that measure the output of the music you’re listening to, the meters serve more of an aesthetic function than a practical one; you can’t look at them with the headphones on can’t you? Still, the OV-1’s steampunk looks are a refreshing breath of air in a market flooded with staid designs.

Surprisingly though, the headphones aren’t as heavy as they look, coming in at just 372g (slightly more than a can of drink). They were really comfortable on the head, and we thought the

extra cushioning added a level of passive noise cancellation to start. No surprise then that the headphone was among the better ones in terms of isolation when ANC was activated.

With Meters’ heritage in loudspeakers, it’s perhaps not surprising that the OV-1 has a more bassy sound signature compared to the rest, but they do give good detail too. With a recording of Spanish Harlem by Rebecca Pidgeon for example, the headphone does well to isolate Pidgeon’s vocals from the backing instruments. There’s a good sense of separation in the track, so you can quite easily pick out where each instrument is.

The headphone gives you very full sound in the mids and lows, but performance understandably suffers a little in the highs.

On our formal test tracks for example, the headphone turns in an engaging presentation of Buckethead’s Sail on Soothsayer with good details from the lower mids down to the bass notes, but the highs seemed to lack that last bit of crispness the Sony and the Bowers & Wilkins were able to offer. 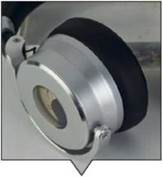 – Needs more refinement in the highs. 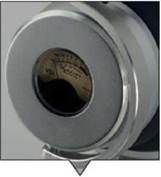 Both ear cups feature a working VU meter on the side.