GPD Pocket Review – Around ten years ago, the computing world was obsessed with the idea of ultra-mobile PCs (UMPCs). Although there were some impressive devices for the time (the Sony Vaio and Toshiba Libretto, for example), the reality was that the technology wasn’t available to make the machines viable for most users. 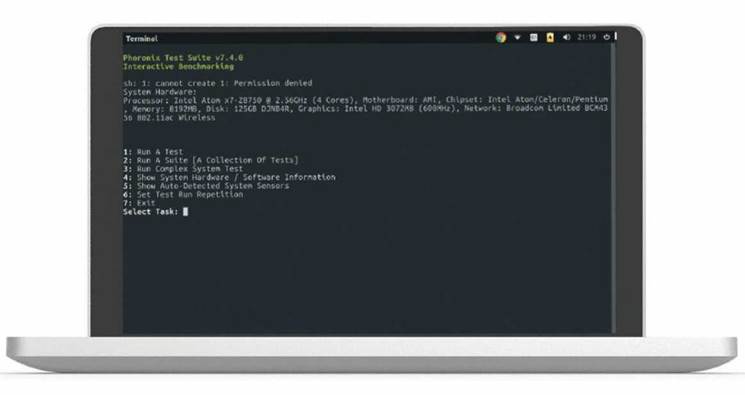 The small screens were low resolution and low quality, processors were power hungry and ran hot and, most importantly, battery technology meant an hour or two of runtime at best. Now technology has moved on and it’s much more feasible to create tiny PCs, but we don’t tend to see them – smartphones and tablet PCs more commonly fulfil that need.

A relatively unknown Chinese company is looking to change that, with the GPD Pocket mini PC. The GPD Pocket was initially launched on crowdfunding site Indiegogo. The campaign not only hit 1,516 percent of its funding target with million (around million) raised, but the firm in question – GPD – was also able to build upon previous experience manufacturing these types of devices to bring the Pocket to fruition. Its previous product, the GPD Win, was a popular 5.5-inch Windows-based gaming machine.

Before we dive into the details, it’s important to understand that devices of this type are about compromises. It’s not possible to cram a top-end desktop PC into a tiny chassis, but the key to making a successful product is compromising in the right places so as to provide a good overall experience. So has GPD made the right calls here?

At the heart of the Pocket sits the Intel Atom x7-Z8750 processor with integrated HD 405 graphics. While your immediate reaction may be to balk at the mention of an Atom processor, it’s worth noting that the Z8750 is a quad-core, 64-bit CPU from the Cherry Trail family, built on the 14nm process with a base 1.6GHz clock speed and burstable 2.56GHz max. Backed by 2MB of on-board cache, the processor proves impressively capable, particularly for a 2W part.

Performance is also helped by 8GB of LPDDR3-1600 memory and 128GB of storage (albeit eMMC rather than SSD). The balance between capability and efficiency is spot on – although claimed battery life is 12 hours, this is more like seven hours in reality, which is still extremely impressive.

The GPD Pocket’s display is also a particular highlight. The 7-inch 1,920×1,200 (16:10 aspect ratio) screen packs 323 pixels per inch (ppi) and is impressively sharp with responsive multi-touch. The top and bottom bezels are tiny, while the side bezels are larger to facilitate space for the keyboard. 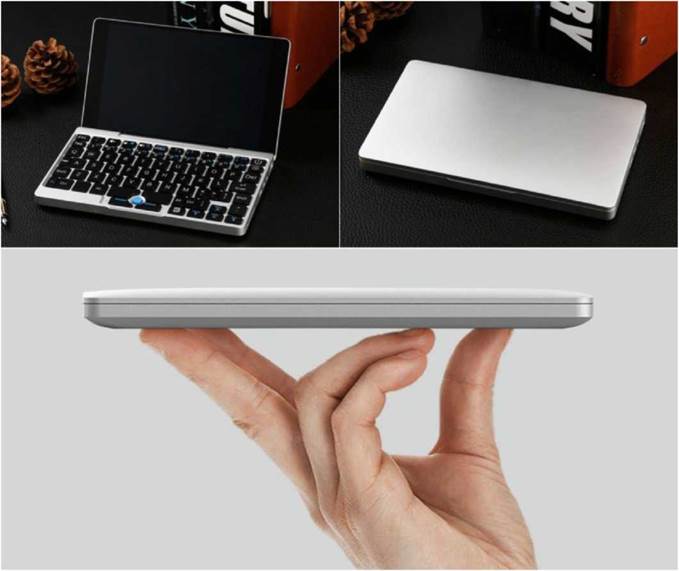 Unusually, the Pocket doesn’t include any sort of camera at all, so video calls are out of the question.

Selecting the right hardware might be the simple part of the equation when compared to getting the keyboard right. There’s no avoiding the fact that there’s not a lot of space for a full keyboard, so input on the Pocket will take time to get used to. The layout is somewhat shifted to the left, some of the key sizes are a little unusual and, of course, things are more cramped than on a conventional QWERTY.

Luckily, the keys have plenty of travel and are responsive – after a few hours, you’ll be surprised by how good the Pocket is to use.

A healthy array of ports provide excellent connectivity – charging is

As a full PC experience you can fit in your jacket pocket, nothing else really comes close

via the USB Type-C port and USB Type A is still present. A 3.5mm headphone jack is included, as is a micro-HDMI port so you can use the Pocket to power a larger screen.

The GPD Pocket is a compromise – ultra-mobile PCs like this always will be – but it’s done well. As a full PC experience you can fit in your jacket pocket, nothing else really comes close. Windows on ARM will drive new devices in this form factor, though, so the market is set to explode in the near future.

The GPD Pocket isn’t perfect, but it compromises in the right places to make it a praiseworthy UMPC.

The GPD Pocket isn't perfect, but it compromises in the right places to make it a praiseworthy UMPC.