When Heos by Denon arrived in 2014, the world of wireless multi-room audio finally had a convincing alternative to market leader Sonos. For here was a product that was just as easy to set up as its better-known rival, and offered comparable product choice and performance.

Choosing between the two brands’ products was as much a decision based on aesthetics and brand loyalty, as anything else. But Denon clearly wasn’t content to be a me-too multi-room brand. It’s second generation Heos line, dubbed HS2, expands compatibility beyond active speakers and improves sonic performance. 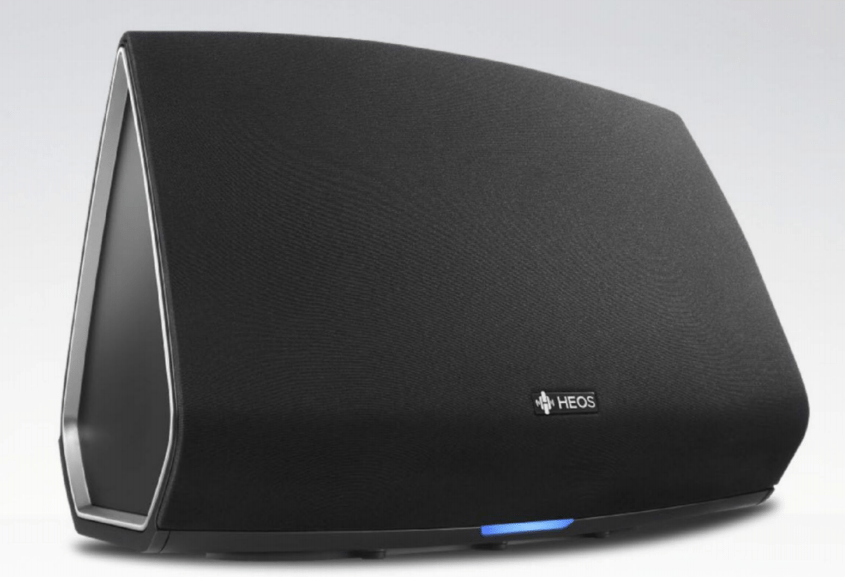 The Heos 5 HS2 featured here is the everyday workhorse of the range. It sits above the compact Heos 1 and desktop Heos 3, but under the Heos 7, which is a bigger, beefier proposition. It works with other Heos-compatible components, including the Heos HomeCinema soundbar and select Denon AV receivers, most notably the 9-channel AVR-X4300H and the 11-channel AVR-X6300H.

Build quality and setup The Heos 5 HS2 is relatively compact, but comes across as a well-balanced mid-ranger. The triangular design may prove a little divisive, but we rather liked it.

Curiously it comes with a carry handle on the rear, but it isn’t battery powered. At 3kg Heos 5 HS2 is also reassuringly weighty, and undeniably well built.

Connectivity comprises a USB port, 3.5mm audio socket and Ethernet. The only on-body controls are volume and mute.

In terms of placement, the Heos 5’s natural habitat is shelving, tables, office nooks and kitchen surfaces – everyday locales that might equally suit a vase of Petunias. You do need to accommodate an external power brick though, not typically a consideration with floral displays.

System setup and control is via the Heos app, available for iOS and Android. The process of getting multi-room components online can sometimes be frustrating – we’re looking at you, Yamaha MusicCast – but Heos by Denon seems reasonably obliging.

First link the speaker to your smartphone by the supplied 3.5mm cable. Then update the Heos with your network password.

Disconnect and the speaker should be networked. All Heos speakers are dual-band Wi-Fi compatible.

Whether you have music on your smartphone, networked on a DLNA NAS or in an iTunes library, the app will discover it all. That USB input also enables you to play content locally from a thumbdrive.

App services include Tidal, Soundcloud, Napster, Deezer and TuneIn Radio (dependant on region). You can also use Spotify via Spotify Connect.

When it comes to functionality, you can play multiple sources in multiple rooms simultaneously – Spotify to your office, MP3s from a NAS to the living room, and local radio to the garage. The choice is dictated simply by how many Heos speakers you have and how great your Wi-Fi range is.

While it makes a valiant attempt at sounding stereophonic, the end result can be a bit funnelled. You can pair it with a second Heos 5 to create genuine stereo, but the cost will most likely be prohibitive.

It may not drop as low as the more expensive Heos 7, but it still knows how to party. Double Barrel from the Celebration: 25 years of Trojan album, has the volume and extension to warrant honorary sound system status, while club classic How Do You Do, by Cascada, thumps like a Jägerbomb hangover.

Need a little more metal to your music? The little Heos 5 has a good stab at Can I Play With Madness from the Iron Maiden: Flight 666 soundtrack album, although the guitar work ends up sounding a bit stodgy, like it’s mired in a mosh pit.

As a second gen Heos model, this Heos 5 has more processing power under the hood than its predecessor, which doubtless helps with Hi-Res Audio playback.

Synchronicity between Heos units is excellent. We paired the Heos 5 in our living room with a Heos 1 in the kitchen and music flowed seamlessly between them.

There’s no timing echo. Different zones play out without any discernible delay.

File support is class-leading. In addition to MP3, AAC, ALAC and 16-bit FLAC, the speaker will also play uncompressed WAV, ALAC, AIFF and FLAC up to 24-bit 192kHz plus DSD 2.8Mhz and 5.6Mhz. With these 24-bit sources, the system finds extra nuance and snap.

Although, the real win here is the ability to have a High Res Audio music library accessible on both audiophile and multi-room systems, giving any serious music fan the best of both worlds.

The addition of Bluetooth to the Heos spec is obviously welcome. It certainly improves the convenience of the speaker. However, there’s no higher-quality aptX support, which is disappointing. We quizzed Denon about this and they confided that it was simply a limitation of the chipset that it has chosen for the HS2 range.

Overall, the Heos 5 is a solid standalone active speaker, and stands as a tempting gateway into the Heos ecosystem.

It’s a tad quirky, but works well with most musical genres. 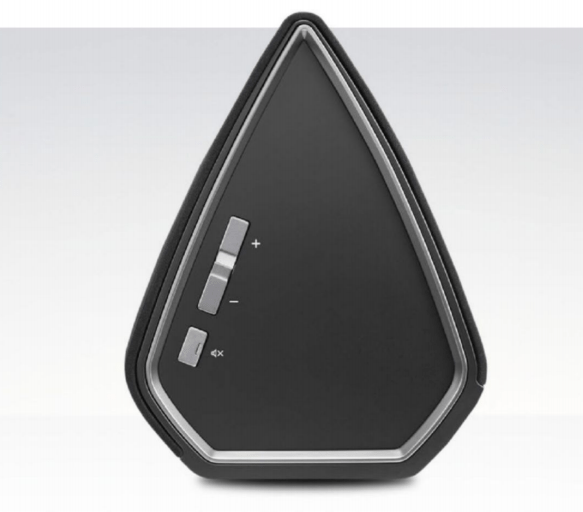 Summary With its new HS2 line, Denon has taken the performance high ground when it comes to wireless multi-room audio systems.

The Heos 5 may not quite have the chops to really take sonic advantage of higher-fi files, but there’s volume and musicality, which serves most tracks well – although if you consider Bach more classic than Blue Oyster Cult, it’s probably going to struggle to completely satisfy.

Build quality and functionality can be considered excellent. Overall the Heos 5 HS2 by Denon is well worth auditioning.