Asus makes a bewildering variety of neat aluminium laptops under complicated model numbers, so calling this just ‘3’ means it’s meant to be something special. To emphasise the point, it comes with gold trim all the way round the lid. This makes the navy blue model as shiny and smart as an admiral’s uniform. We’re not so sure about this trim on the silver-gray option, where it may just look as if it’s gone a bit rusty at the edges. It’s certainly different, and overall the ZenBook 3 feels as expensively built as you’d expect when you spend over a grand on a laptop.

But why would you? Well, it’s one of the slimmest and lightest machines we’ve ever seen. And yet inside – rather than the low-power mobile Intel M-series processors used by the likes of Apple’s MacBook – there’s room for a proper i5 processor to handle all your Windows 10 programs smoothly. This is a brand new Intel Kaby Lake chip, and although the performance increase over last year’s Skylake isn’t huge, this laptop is very much a substitute for a desktop PC rather than just a sufficient second machine. Multi-tasking and creative software won’t make it grind to a halt. You ean even play basic 3D games without any problems.

It's expensive and not quite perfect, but this super-slim laptop packs power and usability into a very sleek format 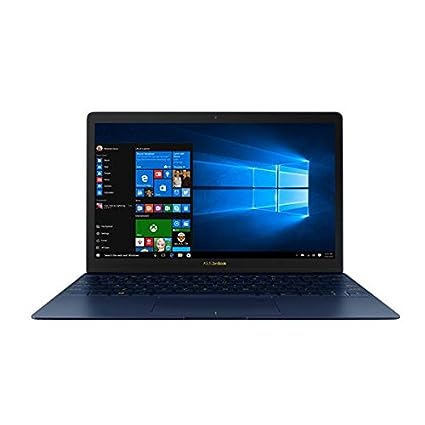 A few years ago we’d have marvelled at Full HD (1920×1080-pixel) resolution on a mere 12.5in screen. It’s much sharper than the 1366×768 found on some budget laptops, but visibly coarser than the likes of Apple’s latest MacBook, even though it’s just as bright. Covering 85 per cent of the sRGB color range, it’s not ideal for photo editing but looks fine for most purposes.

We found the keyboard spacious for such a compact machine, and the keys moved enough for accurate typing. The multi-touch trackpad responded well to gestures as well as cursor movements, and a fingerprint reader is incorporated at the top right if you prefer to secure your system that way. All of this felt a little flimsier than we’d have liked, though, with some flex when pressed. 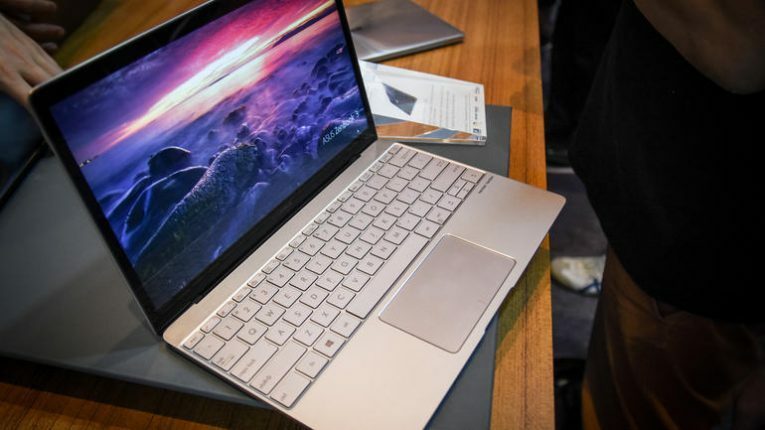 One feature the ZenBook 3 does lack compared with most Windows 10 rivals is ports. There’s just one USB Type-C.

This means you’d need adapters for standard USB accessories or wired networking. You’d also have to unplug your mouse while charging or when using an external monitor, unless it had a built-in hub. Bluetooth 4.2 is provided, though, so a wireless mouse would make more sense, assuming you need one at all.

Talking of charging, battery life is less than we see on many modem lighter laptops, giving up six hours 52 minutes into our video-playback test. More battery’ life is always better, but we weren’t too disappointed with this. It’s enough to get you through most sessions away from the mains, as long as you can live with plugging in when you reach work or return home. Compared with the three or four hours we used to accept, it’s still quite practical.

Does it justify the price? If you just need a lightweight laptop, you can get a good one for a third as much. Even if you want high-end performance, Asus’s own ZenBook UX310UA offers an even faster i7 processor. But it’s 50 per cent heavier, and unlikely to match the battery life.

The ZenBook 3’s nearest rival is probably HP’s Spectre 13, now discounted to around £1,000 with an older but almost as capable i5 (as well as its own brand of gold trim). The screen has slightly better color accuracy, but battery’ life is 40 minutes less.

It’s expensive and not quite perfect, but this super-slim laptop packs power and usability into a very sleek format

Even skinnier, though not quite as light, this stylish 13in comes with an i5 processor and is beautifully made