Asus PB287Q Review – Asus, much like Dell, was one of the first companies to offer 4K monitors to the masses as long ago as late 2013. Back then, though, the screens were going, so only those with extremely deep pockets ever managed to sample UHD before the rest of us.

Clearly, Asus has some experience in the 4K arena, and the model we have here was launched last year to much applause and high praise, especially as it was so reasonably priced at that time, so we were expecting something rather good. 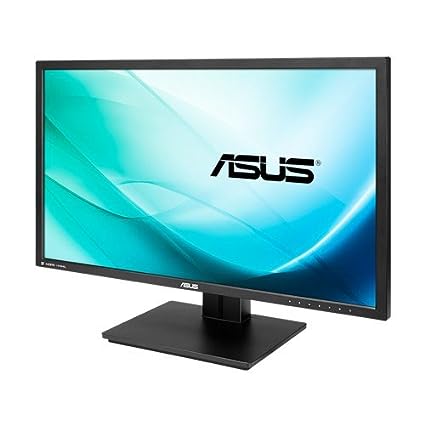 Build quality for the Asus is okay, and it offers tilt, pivot and height adjustment, as well as VESA wall mounting. While it doesn’t feel like a cheap plastic unit, we found the movement a little stiff, and there were some creaks and groans from the casing as we moved the screen around.

Screen quality was good, though, and there were no instances of lag or pixelation when we viewed 4K media or played the games we tested at 3840 x 2160. Generally, the image was sharp, as you would expect from a 4K monitor, but it wasn’t quite as good as the Philips, AOC or the Acer examples we’d previously tested. In truth, it was probably about as good as the Samsung model which, as we said, was okay but not the best.

It would have been more of a benefit to have included the option to connect DVI and VGA; some users still rely on these types of connection for other equipment and hardware. And of course, the lack of USB is a bit of a pain, especially since we’re now used to plugging USB sticks into the side of the monitor as opposed to conducting some back-breaking yoga move to locate the port on our PC.

The second most expensive monitor on test, and it’s not really worth it.

While the Asus PB287Q is a reasonably good monitor, it just doesn’t have that ‘wow’ factor of the other displays in this group test. It’ll certainly deliver ultra-high-definition gaming and video to your desktop, and it looks good enough as a company front to the public. But it’s the second most expensive monitor on test, and ultimately it’s not really worth it.

Having said that, if Asus is a company to whom you are loyal, then this is a better than average 4K monitor that is perfectly adequate for gaming, watching UHD and HD content, as well as everyday office duties. It’s worth considering the other examples on test, though.