Venom hails from Melbourne, Australia, but the firm is making a global push by offering free worldwide shipping on its laptops, with a single price in US dollars. The BlackBook 15 is its flagship machine, and the U02507 model sports an Nvidia GeForce GTX 970M GPU. This chip has a 924MHz core and 1,280 stream processors, using the same GM204 core as the range-topping GTX 980M. It also has 3GB of dedicated memory, which is fine, although Nvidia does produce a version of this core with 6GB of RAM. 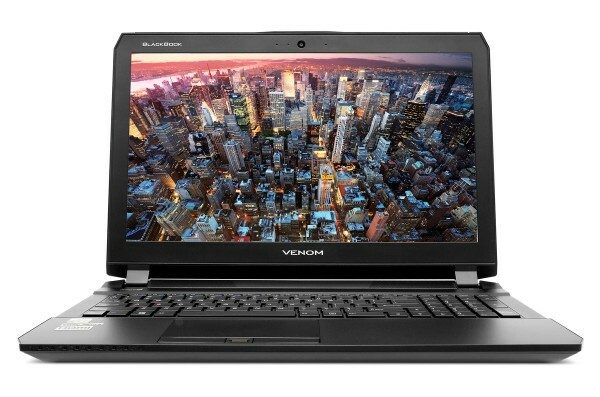 The GPU is partnered with a 2.5GHz quadcore Core i7-4710HQ CPU, which hits a Turbo speed of 3.5GHz. Elsewhere, there’s a 512GB Samsung XP941 M.2 SSD, a 1TB hard disk and a mighty 32GB of memory. There’s also dual-band 802.11ac Wi-Fi and Gigabit Ethernet, while the external sockets include three USB 3 ports, an eSATA, mini-DisplayPort, HDMI and a card reader. There’s even a SIM card slot for mobile Internet. 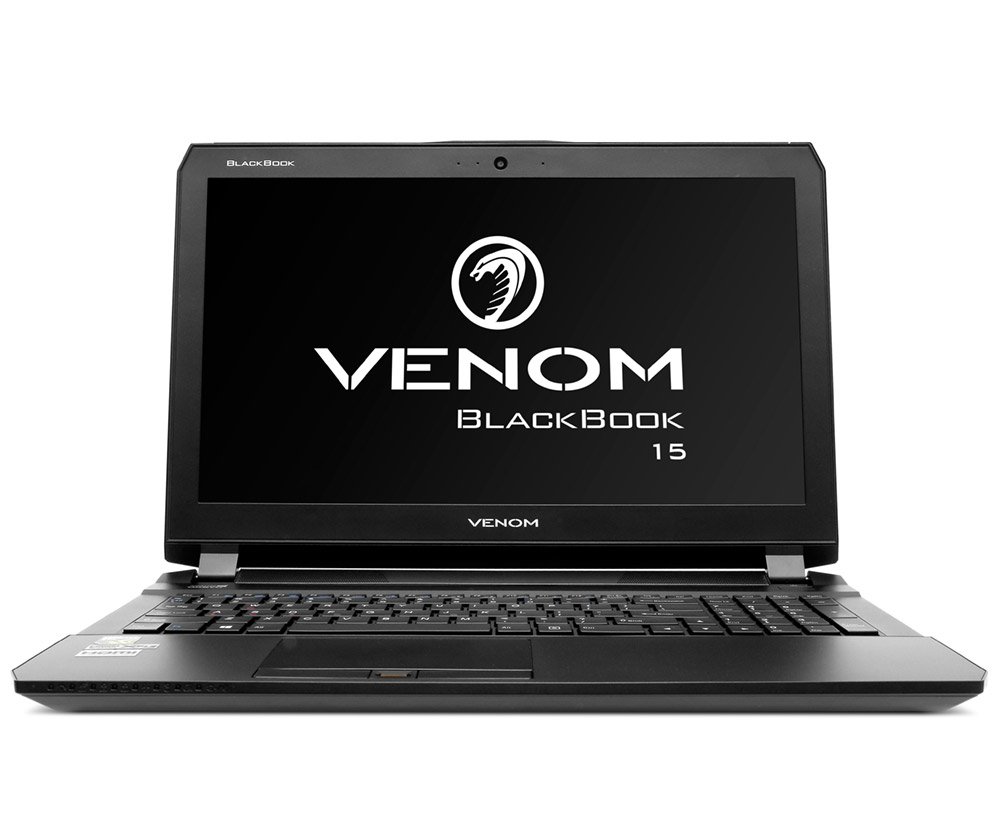 It’s well balanced, but rival systems offer competitive power for lower prices. A version of the MSI GE72 with a GTX 970M and 4K screen, for example – it has a smaller SSD and 16GB of RAM, but that’s still a significantly lower price.

In terms of style, the BlackBook lives up to its name. There are few flashing lights or extravagant features – the matt black aluminium lid has an understated logo, the interior is finished with the same plain aluminium and the screen is surrounded by a surprisingly wide bezel.

It’s subtle, but it’s hardly stylish. The aforementioned MSI laptop has fancy RGB lights and logos, while the HP Omen is far sleeker. Sadly, the BlackBook’s build quality isn’t outstanding either; most of the base is strong but the area to the left of the touchpad has too much flex and the screen’s housing is a little wobbly – it moves from side to side when you flex the lid (not a likely everyday action, but a good test of the strength of a laptop’s screen protection), and the rear covering across the screen feels weak.

On the plus side, you get good access to the interior; the base lifts off to reveal the cooling gear, memory slots, Wi-Fi card and storage, and there’s an empty M.2 slot available as well. There’s an excellent keyboard too. The buttons are snappy and fast, and their action is consistent, which is important for gaming. The WASD buttons have arrows and the unit is backlit. The keyboard has a US layout by default, though, so we’ve included the US fee for a UK version in our sample’s price.

Finally, the Venom’s one-year parts and labour warranty is a worldwide deal, which is pretty minimal. Comparatively, the MSI GE72 is covered by a two-year collect and return plan.

The BlackBook returned good 1080p gaming results, although it was less convincing at the screen’s native resolution of 2,880 x 1,620. Its best 1080p result was in Middle Earth: Shadow of Mordor, with a minimum of 58fps, and its 40fps minimum in Battlefield 4 is good. Crysis 3 is tougher, but it still hit a smooth minimum of 30fps, meaning all our test games are playable at 1080p.

However, while the BlackBook’s 2,880 x 1,620 minimum in Shadow of Mordor was a playable 33fps, the Venom could only manage unplayable 20fps and 15fps minimums in Battlefield 4 and Crysis respectively, so you’ll either need to drop the detail or resolution to get better frame rates in more demanding games.

The BlackBook’s application performance is fine, though, especially in our heavily multi-threaded H.264 video encoding test, where the score of 203,438 was much better than the MSI GE72’s 188,876. We’ve no complaints about the PCI-E-based Samsung XP941 M.2 SSD either. Its sequential read and write results of 1,101MB/sec and 747MB/sec are fantastic.

It’s an impressive slate of results, but they’re hampered by thermal performance. The processor’s peak delta E of 76°C at load is worryingly high, and that toasty result saw the chip throttle back to 2.4GHz and the fans produce a consistent, modest whine.

A supplied app can switch the fans into Entertainment, Performance and Power-saving modes, but they made no difference to the noise output. Extended stress testing saw the left side of the keyboard and the left and central areas of the base become uncomfortably hot too. The WASD keys just about escaped, but the heat on the base will be obvious on a lap.

Inconsistency marred the screen; the brightness level of 338cd/m2 is great, but the black level and contrast ratio of 0.38cd/m2 and 889:1 are middling – the MSI is better in both regards. The Venom’s colours won’t be as punchy, especially at the darker end of the scale. Uniformity is the only other issue – the screen loses between 12 and 17 per cent of its brightness along the bottom edge.

On the plus side, the colour temperature of 6,396K is almost perfect and its delta E of 2.43 is great – both of these results ensure accurate colours, and both are far better than the MSI’s screen. Also, while the native resolution causes the Venom problems in games, the 2,880 x 1,620 panel works well elsewhere, with the high pixel density making text and photos look great.

Then there are the speakers, which pump out solid volume with satisfying bass and crunchy mid-range, while the Sound Blaster app can be used to switch between modes or make specific tweaks. The top end is a little tinny, but you can’t expect everything from laptop speakers.

Finally, the BlackBook’s battery lasted for 46 minutes when we ran a games test with the screen at 100 per cent brightness, which isn’t much time for gaming on the move, but is par for the course with powerful gaming laptops – the MSI GE72’s battery life was similar.

Venom’s global business model is an interesting way to compete against the more localised manufacturers, but it needs to back that up with a high-quality machine to succeed, and the BlackBook doesn’t quite cut it. It’s fast in benchmarks, the screen has good colour levels, the SSD is quick and the keyboard impresses, but the build quality is inconsistent, high workloads heat up the machine to uncomfortable levels and it isn’t cheap either. The BlackBook has good points, but laptops with similar power and better build quality are available for much less money elsewhere. MIKE JENNINGS

Powerful enough for 1080p gaming, and it has a great screen, but it gets very hot and better build quality is expected at this price.