Ubuntu Budgie really shines this year with the Focal Fossa update. The install is effortless and completes in no time at all. Everything looks like it got some spit and polish. Read our Ubuntu Budgie 20.04 Review.

The flagship of Solus OS is the budgie desktop. There are lots of reasons to like Solus OS, but, in my opinion, it was the budgie desktop that made me like it. Let us not kid about how spoiled for choice we are, when it comes to desktop environments in Linux. Budgie is not “just another desktop”, no, people saw something in it, some potential, and here we have it in Ubuntu. Budgie keeps to the KISS principles with the default layouts and placings, but allows for some really awesome customizations. Why would one then choose Ubuntu Budgie over Solus budgie? Well, just the sheer amount of software, ready to go. In my youth, I would gladly have built everything I needed, but time is money, or so I have heard…

That is not to say Solus OS and Ubuntu budgie are the same, far from it. The layout is different, Solus OS currently favouring a Windows XP look, with the main bar at the bottom and Ubuntu has theirs at the top. Yes, I know you can change it, but this is one of the ways Ubuntu differentiates itself. 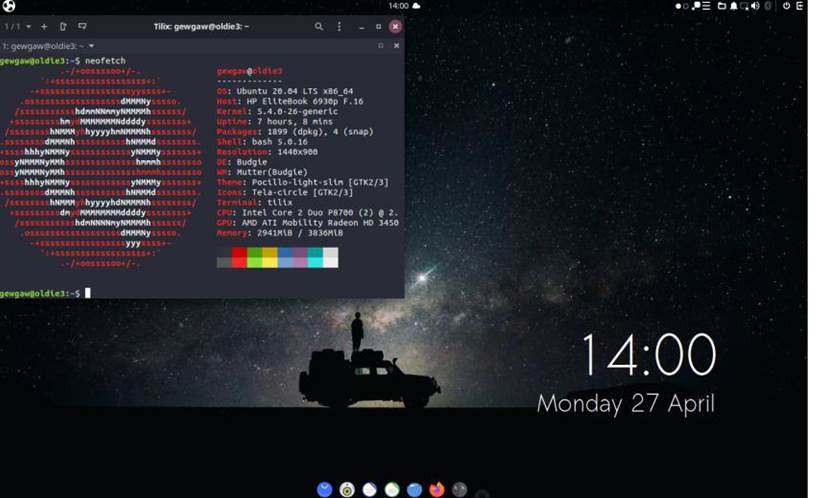 The raven sidebar is smooth as ever, and by default it is minus the power strip at the bottom. That I am thankful for. Many times I have hit logout by mistake. Unlike Solus, Ubuntu budgie ships with plank, and again unlike Ubuntu MATE,

there is no default anchor on my plank. They say the devil is in the details, but there are so many little nice touches here. They are not visible at the onset (like youtube-dl installed by default), but once you start using the system, you realise that it is not “just a clone”.

What I mean by this is that, when I wanted to start adding my fonts, the font manager was already there. I did not have to install the font manager first. You will see, once you actually use it. Using budgie is not difficult either. It is intuitive and simple. Even my hillbilly family is quite comfortable with it. Anyone that has operated a computer before should be able to pick it up and work.

The default application choice was also well thought out, aimed at those new to Linux or Ubuntu. The applications that require the least fuss, right down to a few casual games, are included. If that is not enough, the welcome greeter will help any new user get acquainted with the system and help them install their favourite applications.

Performance is amazing. (Amaze-balls, dahling!). I am writing this on an old dual-core laptop and I have had no issues. Twenty five seconds (not counting the five that the BIOS requires to get things going), and I am on the login screen. There is another maybe ten seconds worth of hard drive grinding once you log in, but the welcome greeter is loading, which is fair. Ubuntu Budgie is the sweet spot between speed and pizazz.

I almost want to say Ubuntu Budgie is the best of both worlds, but it is not. It has something from almost all the other “flavours”. The nice crisp icons of KDE in the file manager, the layout switcher from Ubuntu MATE, etc, etc. What it does not have is a plethora of plug­ins like the default Gnome desktop, where half do not work. The add­ons are well curated and enhance your experience. If you are too lazy to “rice”, then the maintainers have even included a bunch of quick custom settings for your desktop.

There is ‘quick’ in a lot of things, like the menu, it has a button to allow you to switch between the all-in-one layout and a more structured approach, right there in the menu.

I cannot tell you how chuffed I am with this version of Ubuntu Budgie. The desktop is light enough to save this laptop from the garbage heap, and powerful enough for me to play games on. Yes, no fibs! I will attach a screenshot. I did have one gripe though; for some reason, the picture viewer defaulted to “drawing”. It was easy to fix , so I cannot complain. 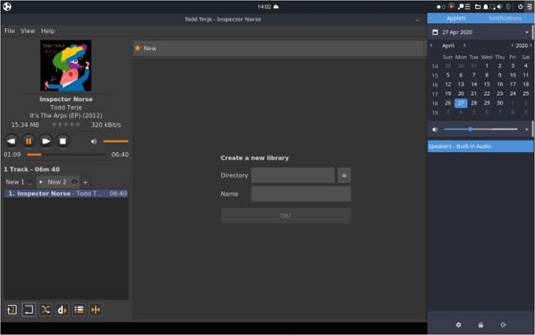 Ubuntu Budgie was a great idea, and I congratulate the team on their success. I can recommend this to anyone who is not happy with Gmome3 default of the main Ubuntu distribution. Though a lot of work has gone into the Gnome3 version, and it does not feel laggy any more, do not think Ubuntu budgie is a second class citizen. What are you waiting for, head on over to ubuntubudgie.org and grab yourself a copy while it is hot!

My tip for those of you running Ubuntu Budgie is to install htop first and have a look at how light and responsive this “flavour” is.

Erik has been in IT for 30+ years. He has seen technology come and go. From repairing washing machine sized hard drives with multimeters and oscilloscopes, laying cable, to scaling 3G towers, he’s done it.