The largest member of the Lumina range is an imposing-looking speaker. Having met the rest of the family, EdSe/fey takes it on

When first launched, the Lumina range represented a bit of a gamble for Sonus faber but it seems it seems to have paid off. The original small range of speakers was something of a departure for the company with their flat-sided cabinets and different finish, but the arrival of additional models suggests there’s a commercial appetite for them. We looked at the Lumina II in HFC 478 and now it is the turn of the flagship Lumina V.

At first glance, it looks identical to the Lumina III, which we reviewed back in HFC 469. Both are three-way floorstanders, where bass duties are shared between a pair of drivers. The key difference is one of scale. The Lumina V uses a pair of 165 mm mid/bass drivers rather than the 150mm units that the smaller speaker opts for. These are mounted in a cabinet proportionally identical to the Lumina III, but a fair bit larger. The Lumina V is over a metre tall before the spikes are fitted and beyond the numbers, this feels like a much more imposing proposition than the III.

The two higher-frequency drivers remain the same as before. The tweeter is a 29mm soft dome making use of Sonus faber’ s trademark ‘Damped Apex Dome’ system, while the midrange is a 150mm paper cone, identified by its ‘Sf branded phase plug. What’s interesting is that in the Lumina V these identical drivers have different crossover points to the III. This isn’t too surprising at the lower end given the larger bass drivers and the Lumina V moves to a 260Hz crossover point from the 350Hz of the Lumina III. The handover to the tweeter is also dropped, though, now happening at 2.6kHz; a full 900Hz lower than the smaller III.

externally identical to the III, is rather different internally. An enclosure within the cabinet modelled on a lute houses the midrange driver and tweeter. Sonus fader has employed this process on more expensive models and says that it helps to control standing waves within the cabinet while ensuring that overall rigidity is increased.

As well as working at revised frequencies, the crossover borrows from more expensive models from other ranges. The layout features a process called ‘Paracross Technology’ where reactive components in the circuit are connected to the negative rail, which Sf says lowers the electro motive force of the drivers – helping them work in a more organic way. This first appeared in the rather more costly Maxima Amator and, together with another crossover process that the company calls Interactive Fusion Filtering, means the Lumina V has substantially more going on under the skin than the superficially similar III.

Some aspects are entirely in keeping with the rest of the range, however. The bass port vents through the substantial integrated plinth, which helps to make this a fairly easy speaker to place. The quoted 4ohm impedance and 89dB/W sensitivity are the same as the Lumina III and means this isn’t a terribly hard speaker to drive. The beefed-up crossover still accepts bi-wiring if you wish and magnetically tabbed grilles are also provided. The same three finishes; two wood and one Piano Black, are offered as in the smaller models. Our review sample comes with the lighter Walnut finish and, with a large cabinet like this, it’s an appealing colour that avoids coming across as too monolithic.

How it compared
Though Bowers & Wilkins 705 Signature (MFC476) is smaller than the Lumina V, they both employ features from their more expensive siblings. The smaller cabinet of the705 Sig has some advantages too as B&W can use the fabulous veneer on all sides of the cabinet ratherthan just the front. The smaller B&W also gives away very little in frequency response. The Lumina Vis easier to drive, though, and its dedicated midrange driver gives it a sweetness that the 705 Signature can lack. A head-to- head demonstration would yield some interesting results.
Check Amazon

At the same time, this larger speaker probably represents the biggest cabinet where the split of wooden front baffle and leather-wrapped sides can be called upon to look good. The slight tendency of the leather sections to absorb light can leave the Lumina V feeling bigger than it actually is. The build quality is very good, though. There are more flamboyantly finished speakers available for the price, but this is a solid and confidence-inspiring design.

Connected to the same Cambridge Audio Edge A integrated that was on hand for testing the Lumina III, the larger speaker demonstrates some attributes that belie its very similar measurements. Sonus faber claims a frequency response a princely 2Hz greater than the smaller Lumina III (38 vs 40Hz) but in this space, it feels like considerably more. Where the Lumina III sometimes felt a little on the lean side, the V never has the same issue. The big crunching bass riff of Royal Blood’s Trouble’s Coming has a heft that makes it a much more visceral experience.

Neither is this limited to heavy lower frequencies. The plucked bass at the beginning of the Alba Griot Ensemble’s Shadow Queen is gorgeously weighty, rich and tonally believable. The Lumina V is extremely accomplished at the creation of scale in a way that isn’t always a given, even with a speaker as large as this. This is partly down to smaller instruments and voices not having any feeling of artificial scale to them. Midway through the gorgeous Manhatta by The Cinematic Orchestra, there is a flute solo and the Sonus faber does a wonderful job of reproducing it without losing the delicacy of the single instrument.

The impact of that lute-shaped chamber is a little harder to discern, but this is as much a reflection that there’s precious little wrong with the smaller Luminas in this regard. The intrinsic Sonus faber ability to place a degree of emphasis on the midrange without it feeling forced or unnatural is present and correct here. Sean Rowe’s striking baritone in To Leave Something Behind is the absolute focus of the track and the Lumina V makes him a tangible presence in the room, stood between the two cabinets in a wholly convincing manner. Where it truly shines, however, is the way that it is able to effortlessly deliver more impact and scale than the Lumina III but maintain the same speed and cohesion that made it such a surprising listening experience. Wind the level up and select the determinedly lo-fi Dead Funny by the Archie Bronson Outfit and the Lumina V is a genuinely entertaining listen. It pounds its way through the track, placing the relentless energy of the band at the forefront while managing to keep the (very) rough edges of the recording at bay. There are a few people who still find the idea of using a speaker with such a strong tradition ofcraftsmanship and musical instrument-related construction to hammer out big slabs of electronica bizarre, but the Lumina V is exceptionally good at it.

The slight caveat is that this balance is fractionally stacked in terms of helping poorer-quality recordings stay listenable than it is helping really top quality ones shine – possibly more so than the Lumina III. As someone with more than their fair share of ‘loudness war’ albums, it is not something I’d be overly concerned by. If you have a library of truly wonderful recordings, however, you might feel a little differently. As always, an audition should assuage any concerns here.

There’s no doubt that the Lumina V is a compelling all-round proposition. It very effectively takes the slight weak points of the smaller floorstander and largely addresses them while keeping everything that Sonus faber got right with it. Having reviewed every stereo member of the Lumina family, the Lumina II is possibly the sweet spot of the range and the improbable clout of the tiny Lumina I (HFC 477) is also notable. What the Lumina V does brilliantly is introduce more Sonus faber virtues without compromising the qualities of the range. This is a very fine loudspeaker that should win more people over to the brand • 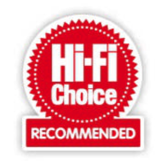 Compelling balance of scale and cohesion with a little fun stitched in; a worthy flagship to the Lumina range