The last Ricoh color laser printer we tested, the C250DN, distinguished itself by being very cheap. Ricoh sp c250sf doesn’t, but it’s actually very reasonably priced for a multi-function printer (MFP). The scanner on top has a 35-sheet automatic document feeder, and you get Ethernet, USB and Wi-Fi connections as well as fax (assuming you have a telephone socket handy).

This is a business-level color laser printer, designed to chum out large numbers of sheets quickly on a regular basis. Support for the PostScript 3 and PCL 6 printer languages, along with a generous 256MB of internal memory, means Ricoh sp c250sf should cope easily with any printing job.

We were generally impressed with the print quality. On standard copier paper, text and graphics looked crisp and solid, and color photos, which we’d expect to come out better on an inkjet printer, also looked quite acceptable. Scanned images received on our PC were well-balanced and clear.

Impressive print quality, but slow and costly to run

So much for the good news. Ricoh says you’ll get your first print in 14 seconds, but in fact, once the machine entered the power-saving mode that kicks in after one minute’s inactivity, we never managed to get it running in less than 20 seconds, which felt like quite a wait. A 20-page black text document took a total of one minute 40 seconds – around 12 pages per minute (ppm), nowhere near Ricoh’s quoted 20. Another test did hit 17ppm. Speed isn’t everything, but you’re only likely to choose a laser printer over an inkjet (with Ricoh sp c250sf lower price and finer photo reproduction) if you want to print in some volume. Scanning was fairly slow, taking more than three minutes for an A4 page at a sharp 300 dots per inch (dpi), while 10 greyscale photocopies took 53 seconds and came out too dark – though using the lightest setting fixed that. 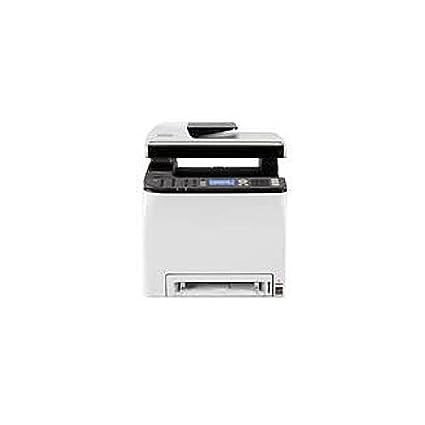 The supplied toner cartridges are rated for 1,000 pages (bear in mind that these estimates are always optimistic). However, once they run out, official refills cost roughly the same as the printer itself for a full set, working out at about 3p per black-and-white page or over 15p for color. That’s more expensive than average, unless you take a chance on unofficial cartridges, which can be found for a lot less. To print wirelessly from phones and tablets you’ll need Ricoh’s own app, but you can’t send scans from the printer to your phone or tablet.

Color laser printers only make sense if you print a lot of color pages, and this one doesn’t get enough right to impress us

Color laser printers only make sense if you print a lot of color pages, and this one doesn't get enough right to impress us

Print speeds are similar, but scanning is faster and bigger cartridges give lower running costs