Monitor Audio Bronze 2 Review: Affordable and sounds anything but cheap

The ability of British loudspeaker companies to make over-achieving little speakers with cut-throat pricing always used to be a thing of wonder among those overseas. They just didn’t get how the likes of Mission, Wharfedale, KEF, Tannoy and Mordaunt-Short managed to squeeze so much sound out of foot-high boxes many of which. 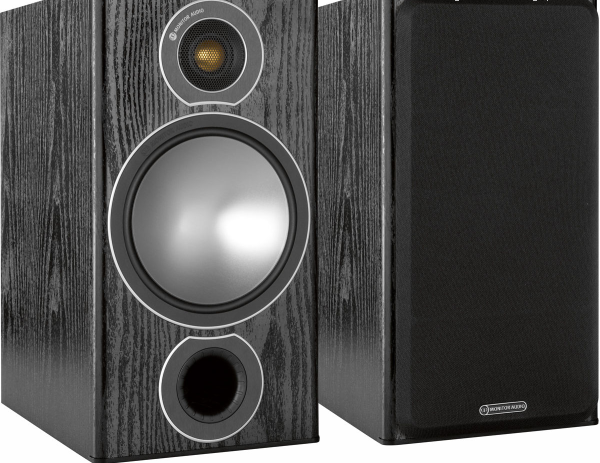 OK, so we’ve moved on a bit from those glory days, and prices have inched up to the point where the Monitor Audio Bronze 2 speakers we have here are per pair, in a market where sub is now the entry-level norm. What’s more, many of the companies once caught up in the budget speaker trench-warfare of the 1990s and the early years of this century are now either owned by foreign conglomerates or at least making their products in lower-cost countries – even if their headquarters are still ostensibly back here in Blighty. However, those celebrated names still make excellent speakers with very sensible pricing, and prove up to the task of continually innovating to stay ahead of the game. The Monitor Audios are a case in point. The company has long had a range simplified by ‘color-coding’ – Bronze is the entry-level, and the line-up goes up through Silver, Gold and Platinum.

The Bronze 2 is the larger of two standmount models in a line-up starting with the Bronze 1, and going all the way up to the Bronze 6 floor standers, taking in dedicated center and surround speakers, plus a powered subwoofer, along the way. That pattern is echoed all the way up the range, offering the buyer the choice of either a no-frills dedicated stereo set-up, or the ability to build a surround system without compromising two-channel quality. Launched in May 2015, the current Bronze Series is the latest generation of a line-up that’s been a mainstay of the Monitor Audio offering for some years, and develops the old BX range with the adoption of technology from further up the hierarchy. The tweeter is the familiar 25mm ‘Gold Dome’ Monitor Audio model, but the more striking visual aspect of the speaker – and indeed the entire Bronze range – is the use of a 16.5cm ‘dish’ C-CAM driver for the mid/bass, this enabling the whole diameter of the driver to be used as the radiating area, without the change in geometry at the center caused by a conventional center-cap or phase-plug design.

The bass is tuned using a front-venting port, itself a second-generation version of Monitor Audio’s HiVe (high-velocity) design – trickled down from the company’s Gold range, this uses rifling grooves to speed the airflow within the port tube, and is designed for more bass power and enhanced transient response. Bungs are provided to restrict the airflow in the tube should the speaker have to be positioned in a location giving rise to bass boom. The crossover design has also been revised for the new Bronze series, using polypropylene capacitors and both aircored and laminated steel core instructors, with bi-wirable terminals provided with the usual jumper bars. The crossover point here is 3.1kHz, and the impedance has been raised slightly compared to the previous Bronze BX range, to a claimed nominal 8ohm, combined with a stated 90dB sensitivity.

The idea is to make the B2s better suited for use with price-comparable amplification. The drivers are held in place with a ‘through-bolt’ mounting from the rear panel of the enclosure, a method the company first used in its Radius speakers and has now extended through the range. Again, it’s not a unique design idea, but it does have the advantage of holding the driver to the cabinet under tension, as well as bracing the cabinet itself. So it also reduces resonances while – as Monitor Audio puts it – ‘simultaneously boosting aesthetics’ with the absence of visible fixings for either drive units or grilles. An Allen key is provided with the speakers to fit the head of this through bolt, which is mounted in the rear panel just above the terminal block. It needed a turn or so to tighten up the review speakers’ fixings, which was something of a surprise given that I couldn’t find anything in the manual about the need to do this. At its price, the Bronze 2 is a rather fine-looking speaker, with neatly-radiused edges to the front baffle, and a choice of high-quality finishes: yes, the covering is a vinyl wrap rather than ‘real’ (which is only to be expected at this level), but it’s clearly of a superior quality.

Given Monitor Audio’s past history in finishes from piano lacquer through to a range of exotic woods, it’s pleasing to see that attention is still being paid even down at this level of the range. The Bronze speakers look good in a choice of Black Oak, Walnut, Rosemah – which is halfway between rosewood and mahogany – and White Ash. The darkish Walnut of the review pair, with its matt finish, was particularly distinctive and yet subtle in its appearance.

What’s immediately striking about the Bronze 2 speakers is that not only do they look rather superior to the average box – they also sound it. Positioned correctly and driven by decent, if not excessive, electronics (of which more in a moment), they have excellent bass power and control for their size, being as adept with kicking rhythms as they are with the weight of orchestral strings and percussion. Add to that a fine, fresh view of the mid band and treble, enabling them to bring out the character of voices and lead instruments, and a high treble that’s detailed while at the same time sweet and clean-sounding, and you have a speaker fully able to take the listener into the heart of the music. System-friendly and at the same time highly involving – sounds like a pretty good deal for the money…