AN IMPROVEMENT ON LAST YEAR’S ENVY, BUT IT DOESN’T DO ENOUGH TO STAND OUT IN THIS COMPANY

At first glance, little has changed on HP’s Envy x360 from last year’s model. There’s the same faux-aluminium chassis, silver keyboard and black bezels around the screen, and the device remains a 15.6in hybrid with a 360-degree hinge.

But instead of just rebadging the 2014 model and hoping the promise of Windows 10 will sell a few more units, HP has made subtle and obvious design changes to keep things fresh. There are the slightly creased and slanting edges of the keyboard tray, sharply cut edges near the screen hinges, and some of the buttons and ports have moved. 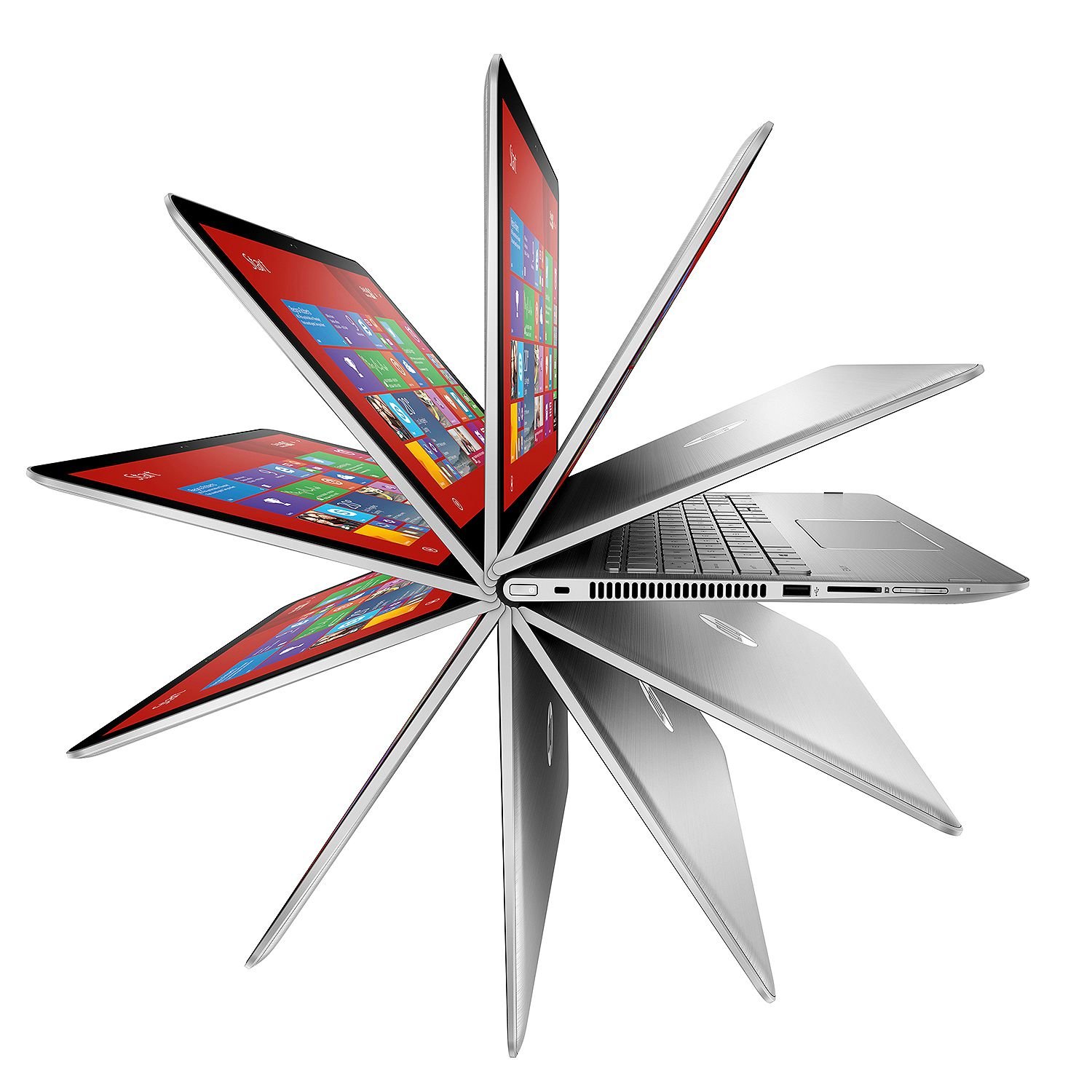 The Touch Zone concept, a rubbish touchpad intended to make Windows 8 gestures easier, has been scrapped in favour of a traditional touchpad that actually works as expected. The keyboard remains the chunky, backlit affair it always was, although it’s not as good as the keyboard on the Toshiba Satellite Radius 15, which has a grippier surface and much more pleasing tactile feedback.

It’s still no lightweight at 2.3kg, limiting the usefulness of its design – although pushing the screen back until it’s almost flat makes the machine more flexible in a range of seating positions.

The touchscreen is responsive and happily complements the touchpad, but we found its color accuracy and brightness lacking, whereas the Toshiba Satellite Radius 15 is brighter and can display more vibrant colors.

You get a dual-core 2.2GHz Intel Core i5-5200U processor, 8GB of RAM and a 1TB hard disk. Overall performance is admirable, with the Envy x360 scoring 34 opposed to the Toshiba’s 30. Sadly, the battery life doesn’t compare – the HP lasted 4hrs 52mins versus Toshiba’s 5hrs 48mins.

The screen can be pushed back until it’s almost flat

It’s cheaper than the Radius 15, but the Toshiba has a better screen, keyboard and battery, meaning the 2015 Envy fails to live up to its name. 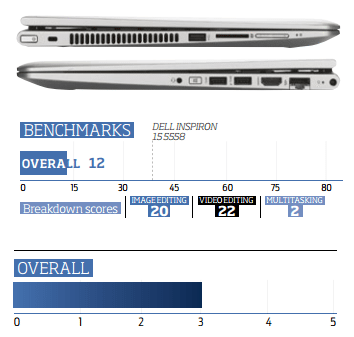 It’s £75 cheaper than the Radius 15, but the Toshiba has a better screen, keyboard and battery, meaning the 2015 Envy fails to live up to its name.