Although we feel it didn’t push the envelope as far as it could – it could learn from the XPS series – this shoo-in replacement for the M6800 sticks to what it does best: delivering the ultimate performance and using the best components in a portable form factor with little regard for budget. 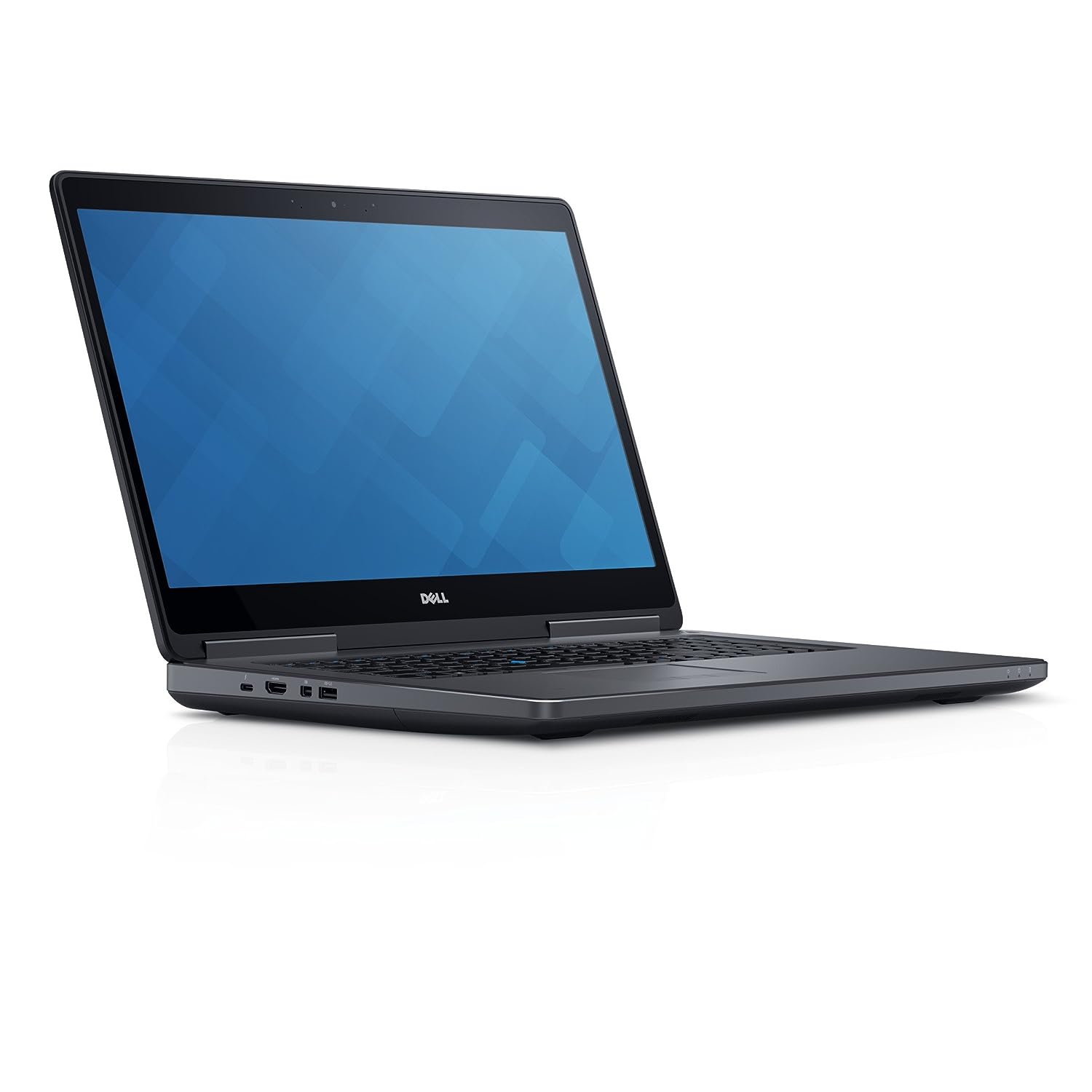 Since this is a 17.3-inch model, it’s heavy at just over 4.5Kg with its 240W brick-like power supply unit—the device barely fits on an A3 sheet. It’s also almost as thick as a ream of paper with its 35mm thickness. 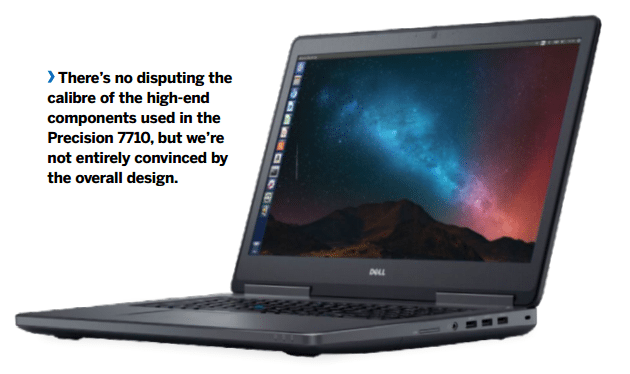 Open it up and a 17.3-inch anti-glare backlit LED – linked to the base unit via two massive hinges – welcomes you.

For displays you can opt for a full HD IPS or a 4K IGZO panel.

You get a dedicated numeric keypad but you lose the Home and End keys, and there are no dedicated function keys despite its size. The keys are slightly curved and mushier than we were expecting with decent feedback and barely any flex. We like the rubber finish of the palm rest which uses the same material as the cover. Other than the standard normal trackpad, the 7710 comes with a TrackPoint mouse stick, both of which are slightly eccentric. 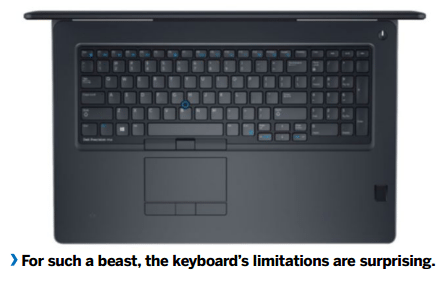 Flip the laptop upside-down and you’ll see the removable battery (either 72Wh with express charge or 91Wh) as well as plenty of air vents and a pair of speakers.

Opening up the notebook is as easy as it gets and is done by removing two screws—that’s great if you want to change any parts.

Top-end specs Inside the 7710 are some of the best components available for mobile products. An Intel Xeon E3-1575M processor – one with Iris Pro graphics, a 3GHz base speed and 8MB cache can be added for a cool £884 – the base model has an Intel Core i5.

Designed to withstand the MIL-STD 810G certification, the 7710 also sticks to ISV certification, as you’d expect from a product sporting either a Quadro or a FirePro GPU. Including 64GB of RAM can cost £541, but swapping it for ECC type memory almost doubles the price. The base configuration is only 8GB of RAM which is quite restrictive.

As expected, the workstation offers multiple RAID options (RAID-0, RAID-1, RAID-5). However, should you choose RAID-5, you must use M.2 cards.

You can’t have SATA devices, whether SSD or spinning disks.

The Precision 7710 feels like a compromised solution that doesn’t quite deliver the goods. But it is powerful, has great battery life and comes with fantastic aftersales support. And there are only a few workstations (Lenovo ThinkPad P70 and HP ZBook Studio G3) that can deliver 64GB of RAM, a Xeon CPU and a workstation-class GPU.

But it’s far bigger (and heavier) than we’d like. The layout of the keyboard – as well as its size – is also likely to attract some criticism. Dell should take a leaf out of the XPS book and design something strikingly different.