Designed as the next evolution of ASUS motherboards, the Prime series of shows how ASUS engineers are passionate about empowering everyone to enjoy the benefits of DIY PC customization, tuning, and making advanced enthusiast controls easily accessible to the consumer.

Much like Gigabyte’s Z270X Gaming 7 that we reviewed last January, the ASUS Prime Z270-A is dressed in beautiful black and white. It’s clean, minimalist, and is sure to fit into any build. 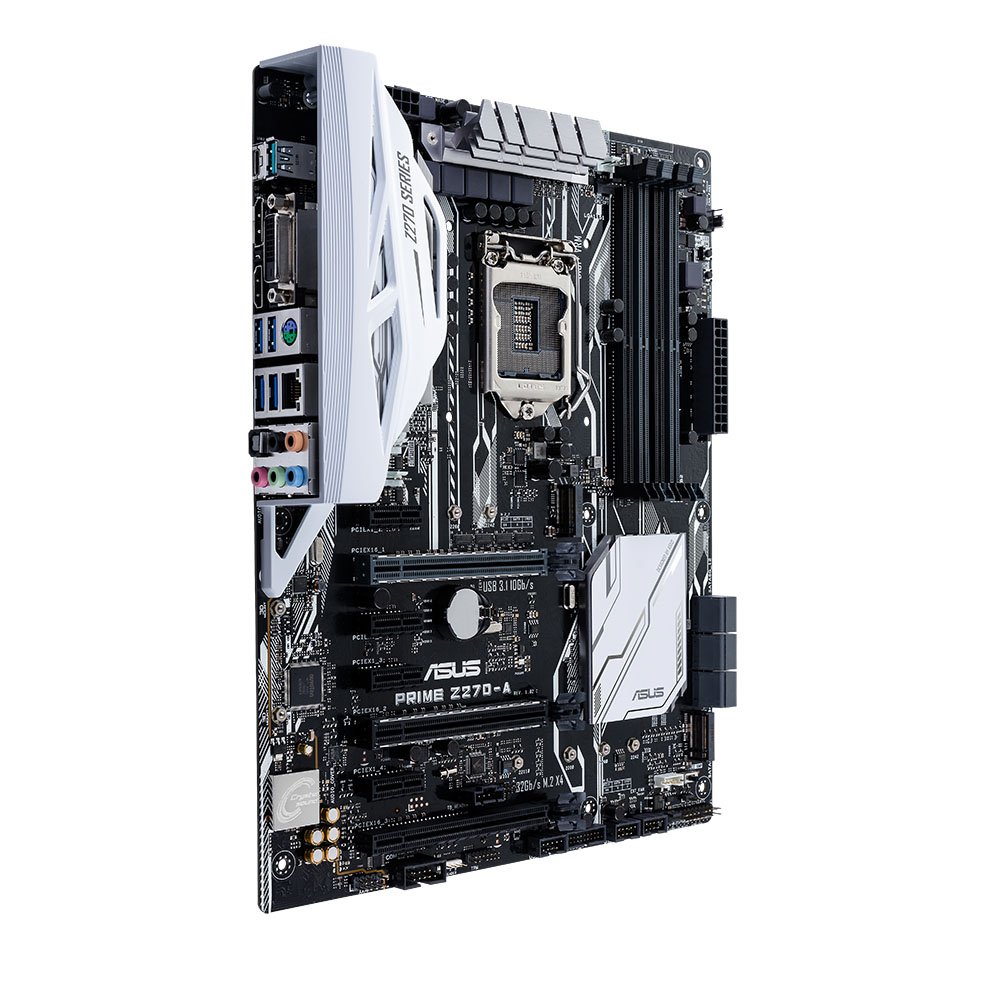 RGB lighting has also been integrated to the Prime. If you have any other ASUS-branded peripherals, you can synchronize all the RGB lighting with your system. It is compatible with 3D-printed accessories such as a cable cover, custom nameplate, and an M.2 fan holder.

The Prime is armed with two “SafeSlot” PCIe 3.0 x16 slots, which means that two of the slots are reinforced to ensure reliability when housing heavy graphics cards. The third PCIe 3.0 x16 slot supports a maximum bandwidth of x4. Of course, the PCIe 3.0 x16 slots are capble of NVIDIA 2-way SLI or AMD 3-way CrossFire. For added expand ability, there is also a set of three PCIe 3.0 x1 slots. In terms of storage options, users are given the usual set of options, which includes two M.2 sockets and six SATA III ports. The four DIMM slots on the Prime Z270-A supports up to a maximum of 64GB DDR4 with speeds of up to 3866MHz.

As a starter, we ran CPU-Z where the board was able to reach a score of 2459 in Single Threaded performance, while it was able to get 10752 in the Multi Thread test. The ASUS board also performed well in wPrime v2.10 where it processed the 32M test in 7.051 seconds, and the 1024M test in just under 221.696 seconds. In our last test, the motherboard performed admirably where it was able to render the scene in 113.33 seconds with an estimated total time of 886.52 seconds in the latest iteration of POVRay.

It’s nice to see ASUS embracing a different color scheme than their usual black and red motiff. Nevertheless, it still carries the brand’s performance and reliability, which makes the Prime Z270-A a standout in the motherboard market.

Despite the color change, the asus Prime Z270-A still carries the performance and readability that we’ve come to expect from such a recognized brand.

Despite the color change, the asus Prime Z270-A still carries the performance and readability that we've come to expect from such a recognized brand.