The Acoustic Energy AE1 is a long-standing fixture in the British audio firmament. The standmount loudspeaker has been around in some guise or another since 1987. We tested the AE1 Classic way back in Issue 51, and it had already been around for decades then. It’s been through enough changes that the only thing the speaker has in common with the original is the name and the number of drive units, but the concept remains the same: a small monitor-like loudspeaker that makes a surprisingly big, loud, and fun sound. It was, “The LS3/5a that rocks!”

This new AE1 Active model is the first to feature built-in amplifiers. Each loudspeaker features a pair of 50W Class AB amplifiers driving the units, via a 4th order minimum phase crossover, and all fed by either balanced XLR or single-ended RCA inputs. The rear panel has dials for ±2dB adjustments for the 125mm aluminium coned woofer and the 27mm aluminium dome tweeter seated in what Acoustic Energy calls a Wide Dispersion Technology (WDT) waveguide. There’s also a slotted rear port at the top of the loudspeaker. And, aside from a magnetic grille and a choice of finishes, that’s it, really.

We’ve seen active loudspeakers before, and traditionally they never caught on with domestic listeners. That’s changing, however, especially with smaller two-way standmount designs. The rise of the high-performance, reasonably priced headphone amplifier with line outputs – and the rise of smaller power amplifier modules – has made the affordable active speaker a possibilty.

The minimalist look of the AE1 Active is very different from the AE1 of old. The simple lines (just a trim ring around each driver, a power light set into the bass cone surround, and the logo) are very modern and elegant, and make many loudspeakers look ‘busy’ by comparison. The magnetic grille and the curved cabinet make the loudspeaker look less intimidating… if you can call a loudspeaker that stands just 30cm tall ‘intimidating’. A pair of matching stands are available.

The way an Acoustic Energy AE1 has to behave falls into very fixed patterns, thanks in part to that long, long history. You could never make a pipe-and-slippers type sound with an AE1 because too many people would complain that you threw out the baby with the bathwater. But, in fairness, that spun aluminium cone and dome arrangement is never going to get you to ‘pipe and slippers’, but there’s a difference between aluminium cones and domes of 30 years ago and the same things today. Back then, no-one really knew much about cone break-up, and still fewer knew how to combat it, so the original AE1 came with a bit of a zing to it, something that was only resolved by using it with behemoth amplifiers. We used to sell them with Naim 135 mono power amps, which were the most powerful thing in the shop, and they weren’t really powerful enough. The fact the new AE1 Active can be driven by 50W Class AB amps shows just how far the technology has come.

Partnering the AE1 Active is easy… just pick a good set of sources and a preamp. Depending on the distance from preamp to speakers, XLRs or phono jacks might be preferable. I’d say more than about 5m of interconnect between pre and speaker, go with balanced, and less choose single-ended. In comparison, all other things being equal, I mildly preferred the single-ended option, but the difference was not so substantial as to make it a significant influence in the decision-making process.

It’s here where you begin to realise why active loudspeakers are more of a force for good. The influence of cable on the loudspeaker is minimised compared to a passive system. Although, paradoxically, the influence of the power cord is made all the more significant, the lines between balanced and single-ended operation are reduced. In costing up a system, it’s worth remembering that an active speaker like this model does away with amplifiers and speaker cables.

Active loudspeakers seem not to need quite as much run-in, either. OK, so this is very much at the lower end of the active speaker pecking order, but it more or less works perfectly right out of the box. The cones need a few hours on the clock, but otherwise you are good to go. 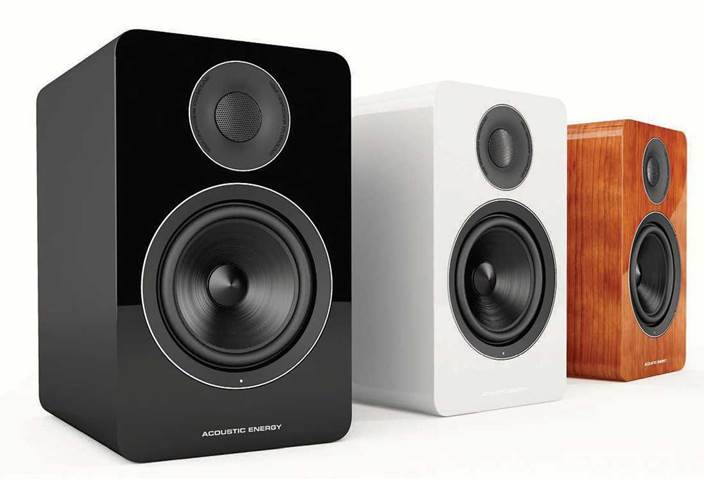 There is a lot to commend here in performance terms. These are fast, taut, and ‘grippy’ loudspeakers with a prodigious amount of bass on tap given the size of the loudspeaker cabinet. They are practically designed to play transients with almost preternatural speed. Play Trentemoller’s ‘Chameleon’ [The Last Resort, Poker Flat] for example – a track normally reserved to show just how deep a loudspeaker can go, or whether the port folds up in its own right – and what strikes you is the speed of those transients, as if they were being played live in the living room. This gives a sense of realism to the sound. That realism is met by a forward presentation that, although accurate in one way, is not a perfect simulacra of the real world. On the other hand; are they fun and exciting? Absolutely.

Although not an original AE1 user, I have spent some time in the company of these speakers and know what they were capable of. They were (and still are) a precision, insightful and open sounding loudspeaker; dynamic, consummately musical, incredibly fast sounding, and always entertaining, but with an emphasis on the treble, which could make them somewhat bright sounding. The AE1 Active’s are, by way of contrast, equally fast and insightful, but with a presentation that’s more forward than actually bright. Also, given you can adjust the treble and bass, any hint of brashness can be dialled out.

It’s here where things get a bit gnarly. I expected that the AE1 Active would unveil its character flaws, that it would ‘zing’ along with the music, or be so slugged down that it would be musically suppressive. The reality is, the AE1 Active is none of these things; just a really good loudspeaker.

It’s the detail that really starts to get to you. There is a lot of information being disseminated here. Interestingly, the AE1 Active tells you what’s on the disc or in the player, but it doesn’t judge. Compressed and limited music still sounds harsh and forward, but these are more like observations rather than unlistenable musical moments. I was perfectly capable of listening to Oasis without the band sounding too thin. Of course, that doesn’t mean I actually listened to Oasis for longer than about a second!

Her laid-back drawl can be hard to distinguish at times, but with the AE1 Active, things became far more clear.

The midrange is fast and coherent. This really works with vocal pieces, especially those beautifully recorded voices like Rickie Lee Jones or Jennifer Warnes. OK, so their best recordings sound great on a clock radio, but here something like ‘Easy Money’ from RLJ’s eponymous album [Warners] becomes a paragon of audiophillia. Her laid-back drawl can be hard to distinguish at times, but with the AE1 Active, things became far more clear and intelligible.

Given the size of the loudspeaker, bass is a functional limitation. Acoustic Energy played the honesty card here, but that means bass has a natural roll-off. In fairness, the AE1 has no more or less bass than something like an LS3/5a, and practically everywhere the BBC-derived loudspeaker works well will be a fine place for the AE1. In addition, the AE1’s roll-off is gentle and benign, but although the end point is said to be around 45Hz, it seems higher because of that gentle roll-off. This makes for a recessed far left hand on piano pieces, and not much going on at all on dance music with some bass. But like the LS3/5a, this actve speaker is not exactly full-range. That being said, the simple expedient of a subwoofer (the obvious engineering solution) would fix this perfectly. But, I think advocating the combination of active speaker and subwoofer would stamp my ‘audiophile heretic’ card.

Let’s not get too carried away with criticising something that is a functional physics limit, and focus on the sound the AE1’s produce. I played Cannonball Adderley’s Somethin’ Else [Blue Note] and heard a group of gifted, dead musicians spring back to life. I could wax lyrical about the reasons why this happens, citing the speed of the drive units, the integration between treble and bass, or a number of rational explanations for the effect, but the net result is the music just seems more direct and energised through these loudspeakers. I’ve played the digits off this CD and the band now sound like a group of tired session players at times. But through the AE1, you get to hear why they were Blue Note’s dream team musicians; the interplay between Adderley and Miles Davis for example sounds fresh and new, as if two leading exponents of the form were riffing in front of you. More or less anything you care to play through the loudspeakers (short of organ music, or heavy opera) will take on that directness.

That the Acoustic Energy AE1 Active is something of a pleasant surprise is an understatment. It’s the kind of loudspeaker you could happily listen to for hours on end without the slightest complaint. It’s fast, dynamic, yet sophisticated, very open sounding across the midrange, and extends nicely into the treble without complaint or break-up. It extends that unforced, fast and open sound down into the upper bass… and then stops relatively quickly. If you use the boost/cut controls in a small room – there’s nothing to worry about. I hope the animosity that audiophiles have toward active loudspeakers is coming to an end, because they are missing out on some of the finest sounds possible from small loudspeakers. 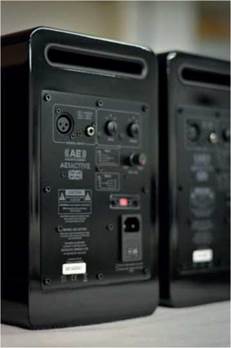