If 4K seems like overkill, there are other better-than-HD monitor options out there…

4K monitors are getting more affordable, but they are still quite expensive in comparison to older technology. However, if you want something better than a HD screen, you could opt for a 2560 x 1440 screen. Technically known as WQHD, or Wide Quad HD. It has four times as many pixels as a 720p video screen, hence the name. These monitors are still expensive, but not punishingly so – and opting for slightly less pixel density means you money can go on other features too if you prefer. In this week’s Component Watch, we’ve found the best deals on WQHD screens so you can see what’s out there. 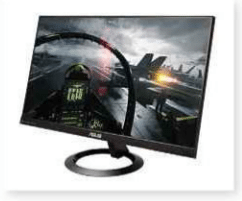 This nigh-on 24″ gaming monitor has dual HDMI and D-Sub inputs, a frameless design and built-in speakers for a high-quality gaming experience. There’s also an additional VGA input for older hardware, an earphone jack and a number of different settings to tailor the display to your personal taste – including a special ‘low-blue’ mode for night time use (it’s meant to reduce disruption to sleep). Reduced in price, it’s a great all-in-one package for anyone who wants a larger, more precise screen. 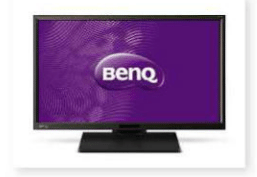 The BenQ BL2420PT is an IPS screen with 5ms response the, the same ‘low-blue’ mode as the Asus screen’ time and a special CAD/CAM mode aimed at designers and professionals -amongst a host of other features.

Inputs include a VGA port, HDMI port, DisplayPort and DVI-DL port, and there are also built-in speakers. Its flicker-free design would appear to make it great for those who need a precision all-in-one work solution, while -also advantageous to those who have to sit at screens for a long time – the fully adjustable base means you’ll never have to end the day with a sore neck again. The fact that it’s currently on sale at with £60 off is just another reason to recommend it. 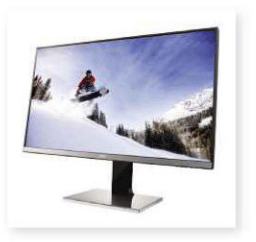 This 25″ screen has an inch on most of the others at its price point, and that makes it an intriguing prospect

– especially since it’s not that expensive. Again, it has VGA, DVI, HDMI and DisplayPort inputs, and again there are built-in speakers.

But that extra inch is what makes it worth thinking about, even if it means a slightly lower pixel density.

AOC might not be the most well-known name in monitors, but it’s high quality enough to be worth paying this amount of money for especially if you want a high-res, high-real estate screen. 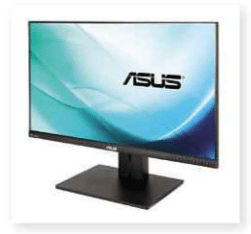 At the high end of pricing, this Asus has greater fidelity thanks to its high-end panel, image accuracy enhancements and ‘SplendidPlus’ video intelligence technology. Again, there’s a ‘low-blue’ mode and a low power mode for energy saving. Ports include HDMI, D-Sub, DisplayPort and Dual-Link DVI-D so you won’t struggle to connect it. Best of all, it’s wall-mountable – the stand snaps right off when you need it to. 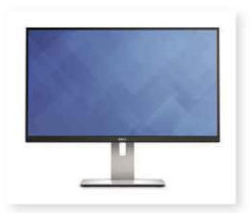 Dell’s monitors are high quality, and this ultrawide IPS is a great all-rounder. Height-adjustable and wall-mountable, it’s got Dell’s reliability and eco-efficiency enhancements – plus a 6ms response time. There’s also a three-year limited hardware warranty and three-year exchange service, so if anything goes wrong there’ll be a replacement with you shortly. In addition to dual HDMI, DisplayPort and Mini-Displayport connections, it’s got a five-port USB hub, one of which can be used for charging.