If you’ve made the decision to build a new system around a Ryzen 3rd gen CPU, you could go with an existing chipset thanks to backwards compatibility, or you could jump up to what are clearly some of the most advanced and feature packed motherboards ever created. PCI Express 4.0 might be the headline grabbing feature, but that’s far from all X570 boards bring to the table. This is a platform that’s premium in pretty much every way and many of these newboards come with features that not even the most expensive HEDT boards can match, with the exception of their high PCIe lane counts. 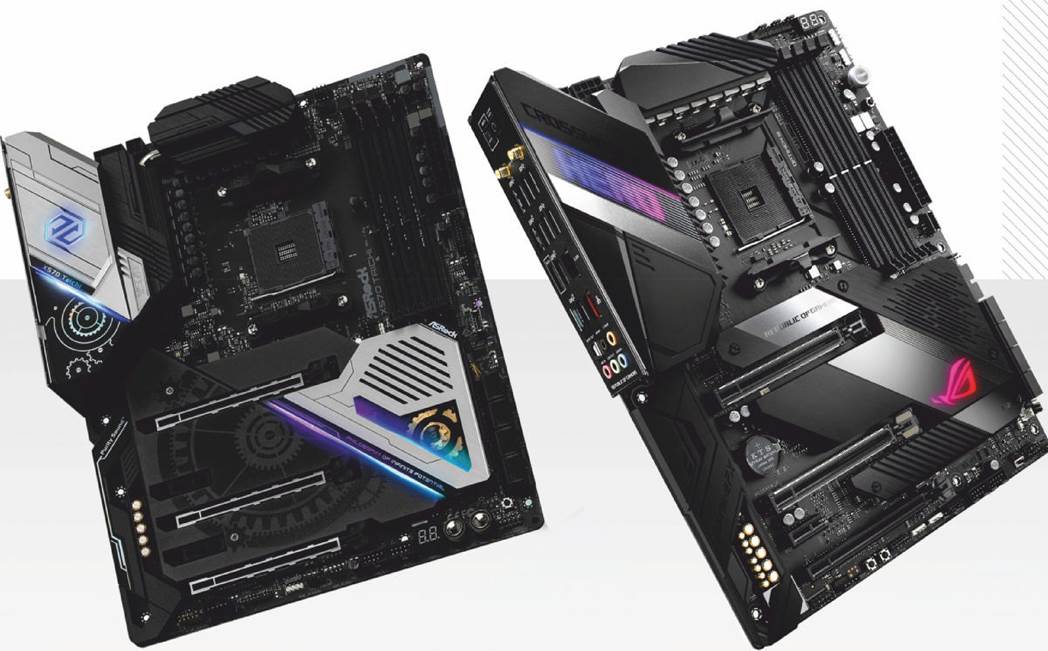 The headline grabbing motherboard feature is support for PCI Express 4.0.

“We’re personally thrilled that faster than Gigabit LAN is slowly becoming mainstream. Gigabit is one of those technologies that should have been superseded a decade ago. “

While it might be logical to conclude that this will benefit graphics cards the most, single GPUs stand to benefit very little, at least in the short term as PCIe 3.0 x16 isn’t a bottleneck. There is evidence to suggest that high-end SLI and Crossfire is beginning to hit a bottleneck at PCIe 3.0 x8. So beyond the short term, PCIe 4.0 will benefit multi GPU setups, though for now, PCIe 3.0 is enough to feed even the likes of an RTX 2080 Ti.

TICKING ALL THE BOXES

The higher tier X570 motherboards definitely come with exciting feature sets. Networking in particular has taken a major step forward. Wi-Fi 6 (802.11ax) makes its widespread debut. 2.5, 5 and 10G LAN are also becoming more common. We’re personally thrilled that faster than Gigabit LAN is slowly becoming mainstream. Gigabit is one of those technologies that should have been superseded a decade ago. Add in things like tons of USB ports including native USB 3.2 Gen 2, stronger VRM solutions with cooling that’s actually effective and not just aesthetic and of course PCIe 4.0 connectivity, and you can see where some of the extra cost comes from.

It’s terrific to have the option to buy premium HEDT level boards for a ‘mainstream’ CPU socket. Though you will certainly have to pay for it!

On the topic of pricing, with all these new features, some of the motherboard pricing is rather outrageous. Gigabyte and MSI. At Computex, Asrock showed off its X570 Aqua! Do the conversion… While Asus doesn’t yet, we can imagine it won’t take too long for it to have a board too. Having said that, there are X570 boards on sale. While X570 will never be considered cheap, at least there are relatively affordable options for 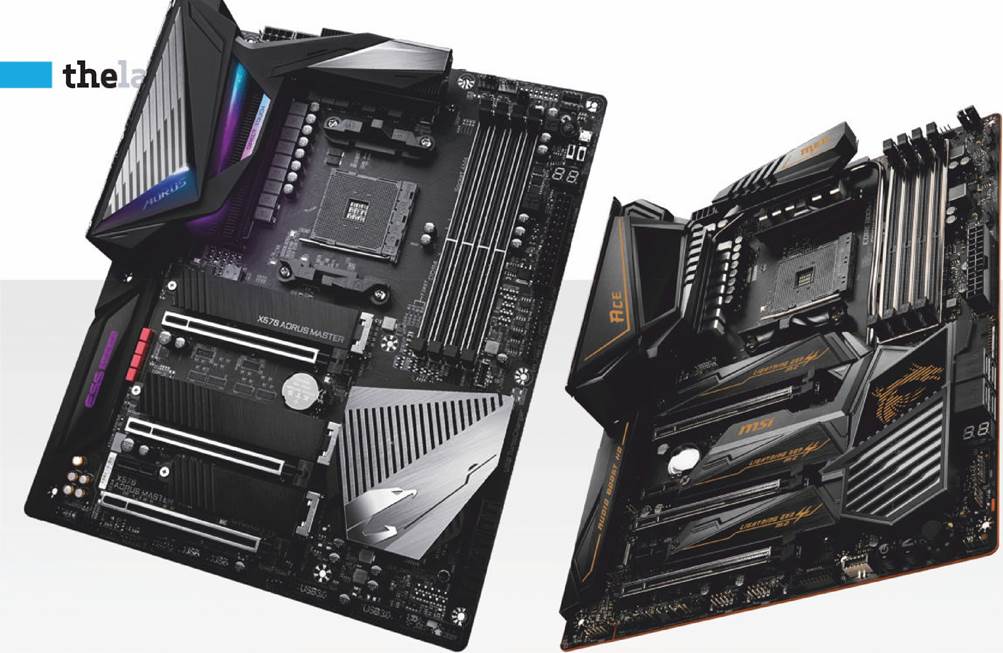 buyers who would never even consider a motherboard. It’s also important to note that X470 will not be phased out, with ongoing support and production set to continue for the foreseeable future. Many B450 boards are also receiving ongoing BIOS updates, though we’d be wary of running the higher core count CPUs on boards that have relatively weak power delivery systems and cooling.

The real benefit of PCIe 4.0 is the flexibility it offers motherboard manufacturers when it comes to designing the I/O. All of the auxiliary controllers are connected to the CPU or chipset via PCIe lanes. As PCIe 4.0 doubles the bandwidth of PCIe 3.0, this means a single PCIe 4.0 lane can do the job of dual PCIe 3.0 lanes. This allows for some creatively designed and equipped motherboards. 10G LAN? Extra SATA? More USB 3.2 ports? All of these things can be relatively easily added to an X570 motherboard compared to the likes of a PCIe 3.0 lane limited Z390 board.

The X570 platform keeps the familiar dual channel memory configuration, but supports a faster official memory speed of up to

“Some boards are quieter than others, while others see their fan temporarily shriek like a banshee upon bootup. “

DDR4-3200. First generation Ryzen suffered from poor memory speed support. This has been addressed with Ryzen 3 and X570 motherboards with the addition of an Infinity Fabric divider, which removes a bottleneck that held back faster memory support. Memory at around DDR4-3600 or little higher is proving to be the sweet spot for performance. Beyond this, the memory clock to Infinity Fabric divider drops to 2:1, adding a latency penalty.

A BIT HOT UNDER THE COLLAR

You may have noticed that almost all X570 motherboards have a chipset cooling fan. There are two main reasons for this, depending on the particular board. The first reason is because the chipset draws up to 11W of power compared to around 6W for X470. This is primarily due to PCIe 4.0 power requirements. A second reason is that many motherboard manufacturers are incorporating M.2 drive cooling into the chipset heat sink, something we’re not keen on for cooling and convenience reasons.

Sometimes almost the whole bottom of the board is a giant heat sink cooling multiple hot M.2 drives plus the 11W PCH. That explains the fan. The good news is that most manufacturers will configure their boards in such a way that the fans won’t spin up until they hit a certain temperature threshold. Some boards are quieter than others, while others see their fan temporarily shriek like a banshee upon bootup. BIOS updates have already appeared to improve this. In general use, the chipset fans remain either silent or unobtrusive. Beware though, tiny fans are extremely annoying when they do spin up, so a custom BIOS fan profile could be well worth it.

The performance of Ryzen 3rd-gen is seriously impressive. When combined with the features on offer from the feature rich X570 platform, AMD deserves serious consideration from every kind of PC user. It’s time to take a closer look at four impressive motherboards from Asrock, Asus, Gigabyte and MSI.

These boards represent the high end, but not the seriously top end boards, which are, frankly, irrelevant to the majority of the market. Read on as we look at arguably the most feature rich desktop motherboards ever seen. 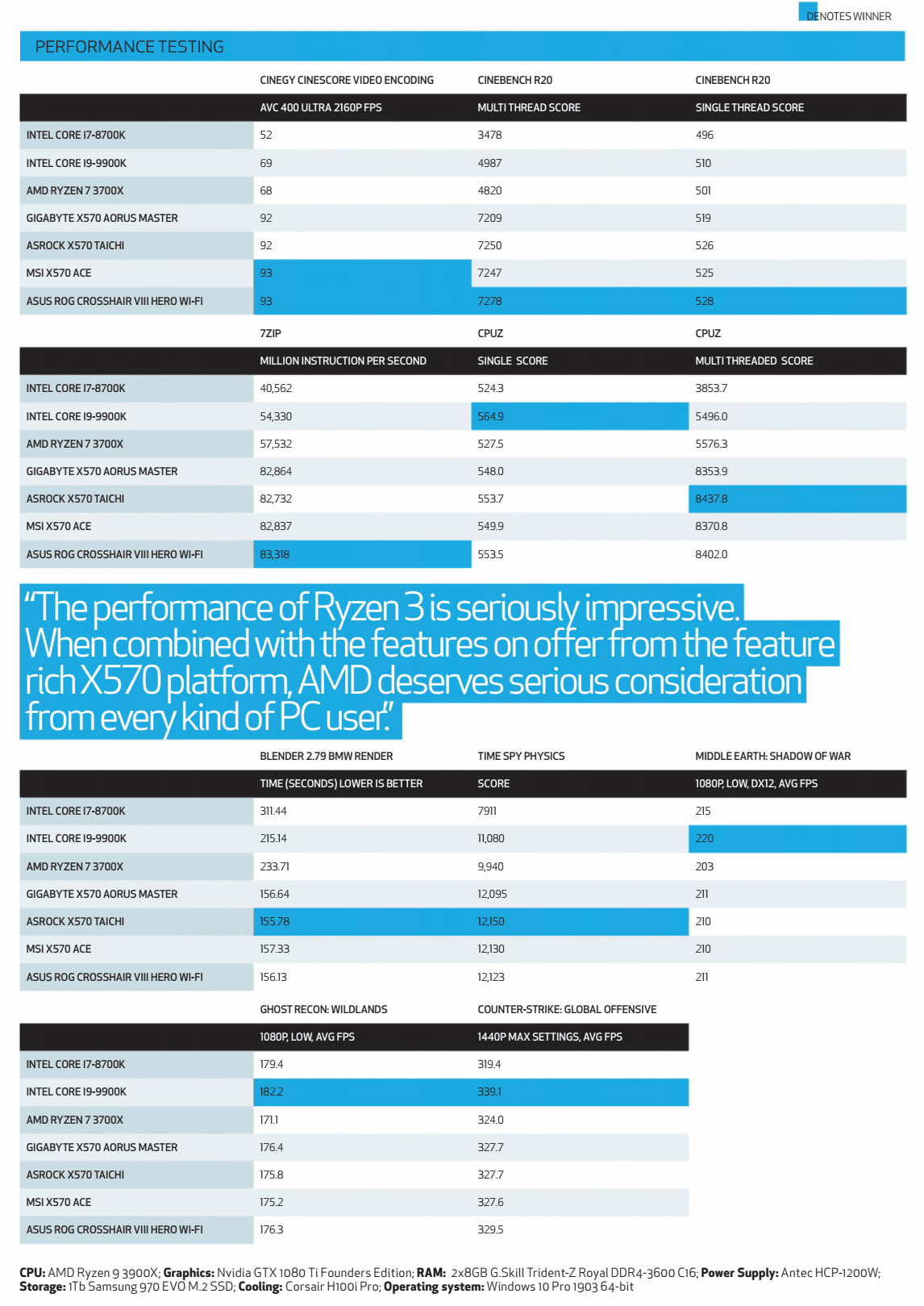