The yearly fee for security software is modest considering the amount of time, hassle and data loss it can save you, but as with any type of software, there’s always a free alternative. The most popular free anti-virus tool is Avast free antivirus 2015. 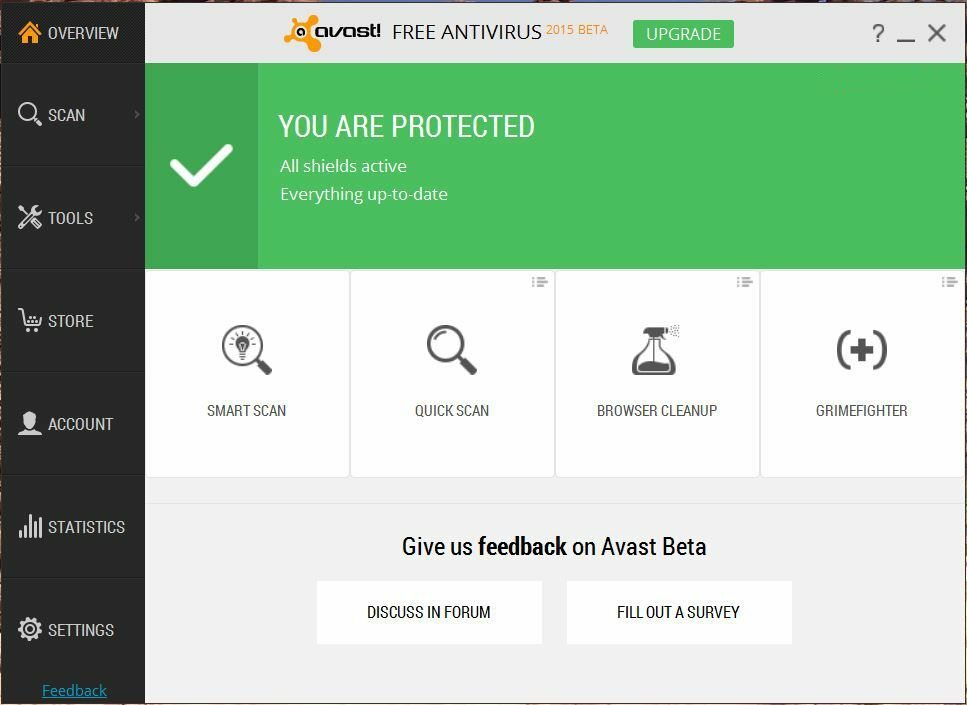 Previous Group Tests have consistently rated Avast free antivirus 2015 the best free service, so it has quite a reputation to uphold.

There’s no catch to Avast free antivirus 2015’s service. You get a free month just for downloading it, and you simply have to register with an email address to get a year of free service.

Avast free antivirus 2015 makes its money from optional extras, which you can find in the software’s Store tab. Our tests don’t delve into these products, but Avast’s free malware protection software is at the core of its paid-for services, too.

Our tests showed that Avast free antivirus 2015 is still the best free service for protection. It fully protected our test PC from 93 out of 100 threats, and neutralized four more after they had made it on to the machine. The PC was only compromised three times.

This admirable performance was backed up by its unobtrusive behavior when we installed legitimate applications.

Avast free antivirus 2015 suspected only one piece of software of being potentially hazardous, and it allowed the user to choose whether or not to run the application. Thanks to this light touch when installing legitimate software, Avast scored 822 in this test, giving it a high overall rating of 1,093.

Not only is Avast free antivirus 2015 reliable when protecting your PC, it has one of the best interfaces we’ve used. It offers five types of scan, including a virus scan, a scan for out-of-date software, a scan for threats within your network and one for potential performance problems. The SmartScan option does a bit of everything, presenting a report after each scan. On our system it found five pieces of out-of-date software including Mozilla Firefox, Apple QuickTime and Flash Player’s ActiveX plug-ins, and directed us to each application to run updates.

SmartScan also runs the GrimeFighter tool, which lets you know how much ‘unnecessary junk’ there is on your PC.
It told us we had 10 incorrect system settings, 1GB of junk files and four unnecessary applications, but wouldn’t tell us what or where they were, asking us to pay to solve the issues. Avast free antivirus 2015 doesn’t often lure you into paying for a product, but on this occasion it stuck out.

There are plenty of other menu items that lead to services you have to pay for, but this is usually made clear before you click. 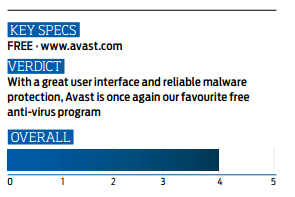